WashPost Imagines ‘What If Hillary Had Won’ With TWO ‘Alternate Timelines’ 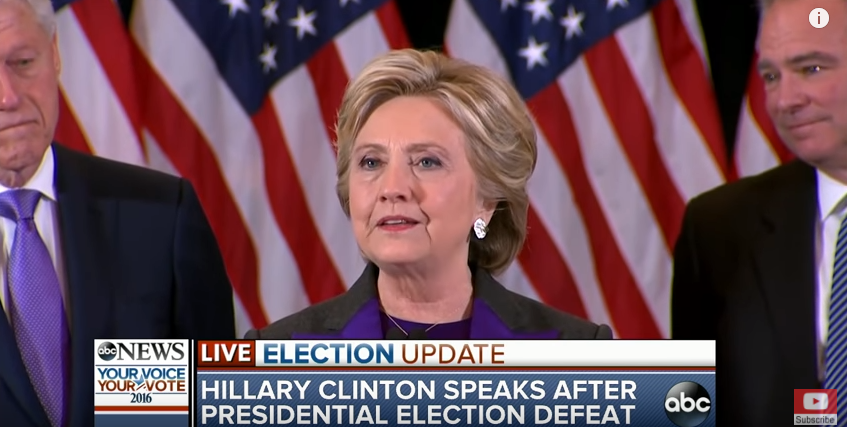 Talk about not letting go. While some liberals are gathering to “scream helplessly at the sky” for the one year anniversary of the 2016 presidential election, the journalists at the Washington Post are busy writing the equivalent of fan fiction, an “alternate timeline” imagining "what if Hillary had won." Amazingly, the Post published TWO "alternate histories" in 24 hours.

Writers Ben Terris, Dan Zak, Monica Hesse and Amy Argetsinger (it took four people to write this?) on Thursday began by rewriting, “What if Election Day 2016 had gone a little differently? What if a freak snowstorm across the Rust Belt had kept rural Trump voters from the polls? What if Russia had read its psyops data wrong and pivoted its resources to Snapchat? What if James Comey had taken a closer look at those emails in late October and decided, eh, it’s probably nothing.”

They fantasized, “What if all of these things happened? What if Clinton had won? Let’s pretend." The entry included bizarre attempts at humor (?) such as “Carrie Fisher is still alive.”  The four journalists speculated:

On Inauguration Day, President Hillary Rodham Clinton took the oath in a headband and a pantsuit. Hey, it was rainy, and what does she care what you think anymore? That night, Lin-Manuel Miranda brought the house down with a freestyle rap at her first inaugural ball, while new White House co-chief strategists/toasts of the town Robby Mook and Donna Brazile set Twitter afire with their exuberant choreographed dance.

The following day, dozens descended on the Mall for the “Men’s March.” Three fistfights broke out over who forgot to secure a rally permit.

It all coincided with a major shake-up at Fox News. The New York Times had taken advantage of the post-election news lull to ramp up its investigation of Bill O’Reilly, who was forced out by early December. Fox then rebuilt its lineup around its new highest-paid star; Megyn Kelly’s two-hour show, which debuted Jan. 23, fillets the new president every night for a record-breaking viewership. Tagline: “Hey, she’s a woman, so you can’t say it’s sexist.”

Some of it is meant to “funny." Other entries dripped with typical liberal journalist disdain:

In June, CNN reported that Chelsea Clinton requested permission to stow her double stroller in a West Wing broom closet while bringing the kids in to see Grandma. Outraged, Rep. Jason Chaffetz (R-Utah) — already seeing in the chaos of his party a shot at the House speakership — postponed his 12th Benghazi inquiry to probe this potential violation of the Federal Anti-Nepotism Statute.

It’s hard to imagine the journalistic “alternate timeline” for John McCain or Mitt Romney defeating Barack Obama in 2008 or 2012.

Nov. 22, 2016: In an exclusive interview with the New York Times, Clinton touches on a wide variety of issues. The transcript is widely read, and widely understood.

Dec. 4, 2016: Clinton begins speaking with foreign leaders through State Department channels. She declines to speak to the leader of Taiwan. She doesn’t cite decades of diplomatic tradition because it’s obvious.