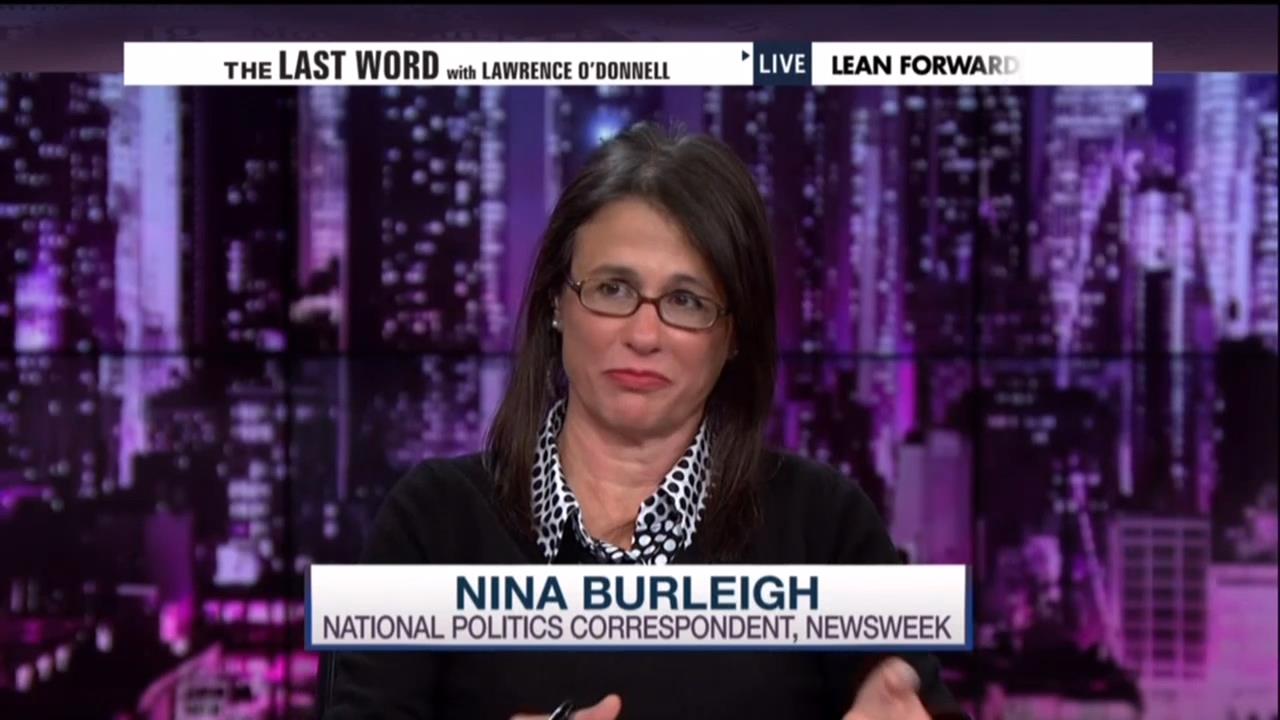 A journalist who famously offered Bill Clinton oral sex as a thank you for keeping abortion legal is now decrying the Trump women for encouraging sexism by wearing high heels. Writing for Newsweek on Friday, Nina Burleigh seethed, “Six months in, and the Trump women are well on their way to normalizing the footwear of the beauty pageant.”

Burleigh quoted a British psychologist to decry Ivana, Ivanka and Melania for playing into male stereotypes:

“In terms of the human example, we tend to find the defining characteristics of the opposite sex attractive,” [Paul] Morris wrote. “High heels function in a similar way. Males respond to the characteristic way a woman walks, i.e., the movement of the female pelvis: High heels just exaggerate the femaleness of the walk. So to deconstruct why Trump women wear high heels: They are just buying into traditional binary views of male and female.”

In another outburst, the journalist whined about the “rare political mountain goats.”

So sure are they of their footing that the Trump women, rare political mountain goats, never even look down for obstacles that might break up their gait or send them sprawling. Toes pointed like ballerinas in them, they stroll from the tarmac to the Wailing Wall, cross the spongy White House lawn to Marine One, click around the halls of Congress and ascend rickety risers at “MAGA” rallies in Youngstown.

This is the same woman who, in July of 1998, offered to give Bill Clinton oral sex, cheering that women should get out their “presidential kneepads.”

I'd be happy to give him [oral sex] just to thank him for keeping abortion legal," she said.

I think American women should be lining up with their Presidential kneepads on to show their gratitude for keeping the theocracy off our backs.”

The July 7,1998 CyberAlert recounted Burleigh’s excitement over being ogled by Clinton:

The President's foot lightly, and presumably accidentally, brushed mine once under the table. His hand touched my wrist while he was dealing the cards. When I got up and shook his hand at the end of the game, his eyes wandered over to my bike-wrecked, naked legs. And slowly it dawned on me as I walked away: He found me attractive.

"No doubt the President's lawyers and spin doctors would say I wishfully imagined that long, appreciative look, just as all those other women have fantasized their more explicitly sexual encounters with Clinton. But we all know when we're being ogled. The weird thing was that I didn't mind.