How quickly things change for liberal journalists. On Wednesday, after voting to allow debate to proceed on repealing ObamaCare, the Huffington Post sneered that John McCain will “die with dishonor.” Now, he’s “Jesus.” That hyperbole came from MSNBC contributor and editor of Business Insider Josh Barro.

Writing on Twitter, he hyped, “John McCain is basically Jesus, taking the fall for killing Trumpcare so the Republican conference could be saved.” 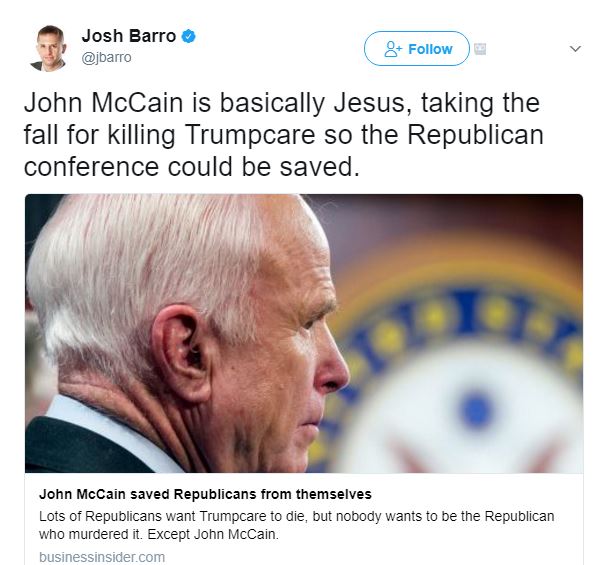 Quite a contrast to Wednesday. On that day, Huffington Post contributor Peter Dreier snarled, “McCain will die with dishonor. Rather than do the right thing, he did the right-wing thing.” It seems pretty clear what a Republican needs to do to get love from the media.