Hard-left NBC host Seth Meyers on Monday turned his attention to trashing the newest member of the Trump administration. After cheering the departure of Sean Spicer, the Late Night comedian offered rapid fire mockery of White House Communications Director Anthony Scaramucci: “He is a human pinky ring. He is the human embodiment of a double-parked BMW.”

Meyers derided, [Scaramucci] definitely calls waitresses sweethearts.” Question: Would all these Italian jokes be as accepted if they were about another ethnicity? The host sneered, “So in summary, the Mooch gave us a smooch after Spicey screwed the pooch.”

It would be one thing is Meyers made the slightest effort to mock both conservatives and liberals. But he doesn’t. In June, the comedian told NBC’s Today that “I don’t know” how to be fair.

In May, the host and Rachel Maddow compared the President to a serial killer. 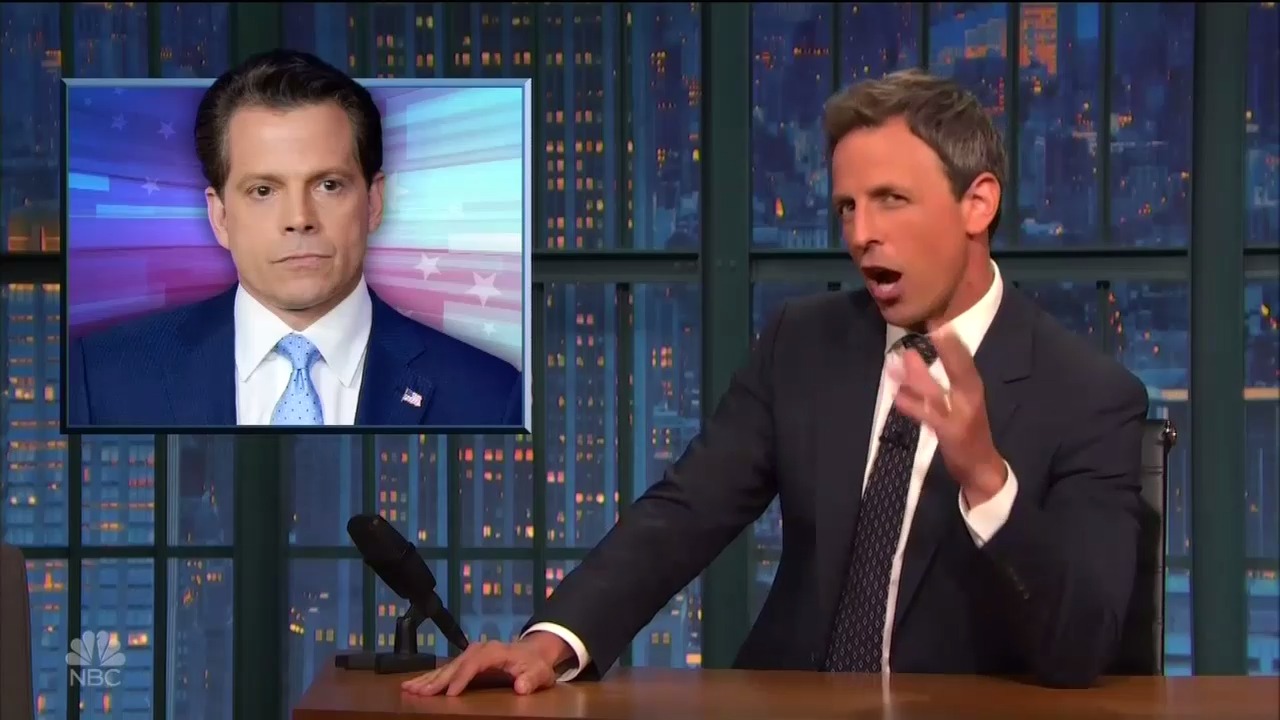 SETH MEYERS: That's right, Trump's new communication director is Wall Street financier Anthony Scaramucci. Now we're talking! I mean, look at this guy. He is a human pinky ring. He is the human embodiment of a double-parked BMW.  He looks like the guy who leaves a doo-wop group over creative differences. He looks like the only magician you could get on short notice. I could go on and on. You know, lets. He definitely calls waitresses sweethearts.

MEYERS: Now, there's no doubt scaramucci is an experienced schmoozer with a much slicker style than Spicer. In fact, at the end of his marathon press conference where he talked about the president's karma and the love he has for the American people, Scaramucci bid goodbye to the press corps with an air kiss. So in summary, the Mooch gave us a smooch after Spicey screwed the pooch.