Snide CBS: How Does GOP ‘Justify’ ‘Hurting’ People Who Support Them?

The snide journalists at CBS on Tuesday wondered why Republicans are intentionally hurting the gullible voters who support them. The hosts of CBS This Morning talked to Shannon Pettypiece of Bloomberg about the Senate GOP’s plan to repeal ObamaCare. At one point, co-host Charlie Rose blundered, “How do [Republicans] justify the fact that it will hurt the people that supported them most enthusiastically during the election?”

Is it possible that Republicans and conservatives feel that repealing ObamaCare might actually help Americans, including those who voted for them? Rose didn't ask that question. Instead, he skeptically wondered, “Why are the tax benefits for wealthy people?”

Earlier, the CBS journalists pushed the discredited idea of “steep Medicaid cuts.” In reality, the bill simply slows the rate of growth, something that Norah O’Donnell eventually acknowledged as she noted “the largest savings come from reductions in the Medicaid spending.” Not cuts.

Guest Pettypiece fretted that “lower income Americans” would bear “the biggest brunt of these changes.” In a previous appearance on CBS This Morning, the Bloomberg correspondent insisted that ObamaCare is doing fine. It just needs “more subsidies and regulations.”

This biased segment was brought to you by Breyers ice cream and Ford. 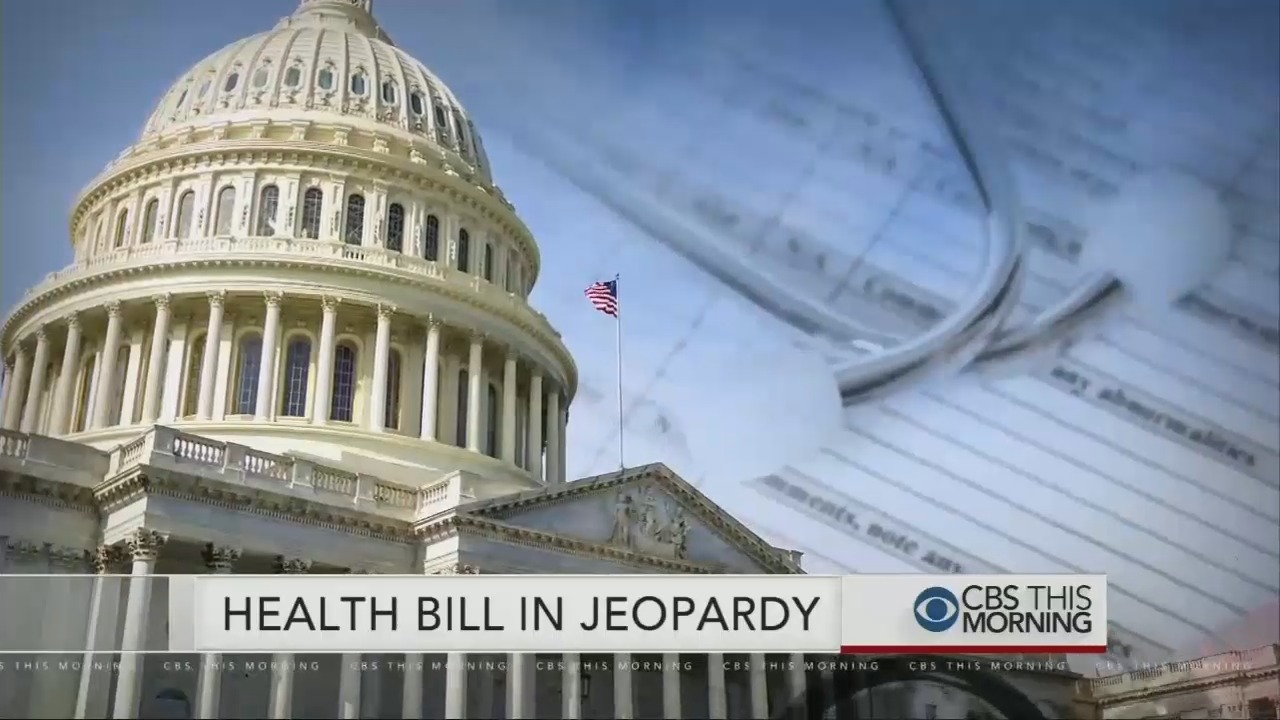 NORAH O’DONNELL: Let’s now take a closer look at those Senate numbers and how the legislation should affect your coverage. Shannon Pettypiece, White House correspondent for Bloomberg News is with us from Washington. Good morning. So just after sharing with our viewers those numbers, I mean, what factors into how much someone pays for health care?

SHANNON PETTYPIECE: Two of the big factors are the subsidies and how much insurers can charge people who are older. As those charts illustrated really well, insurers can now charge older people more for insurance. So a 64-year-old, someone in their 50s or 60s can now pay as much as five times a healthy person. So, you see their costs go up. And at the same time, the subsidies for people who are sort of upper, lower, middle income go down. So they don't get as much of a subsidy and a tax credit and so that's what has these sort of older, lower income Americans feeling really —  bearing the biggest brunt of these changes. 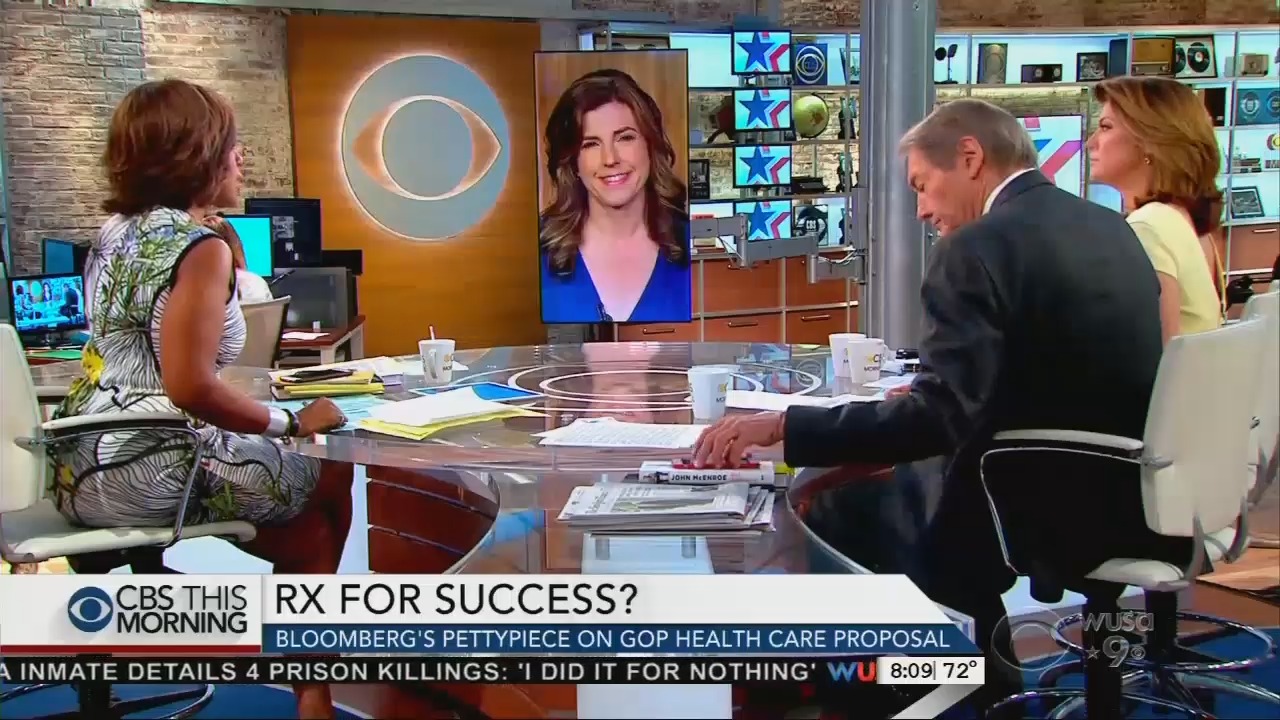 CHARLIE ROSE: Why are the tax benefits for wealthy people?

PETTYPIECE: The — fits in with larger Republican ideology of cutting tax credits, you know, believing that fewer taxes is going to be better for economic growth, one of the key principles driving Republicans' desire to replace ObamaCare is to get rid of these taxes as part of a low tax economy.

GAYLE KING: Now, the largest savings come from reductions in the Medicaid spending. And as you know nearly 70 million Americans really rely on Medicaid. So what does this mean for them, Shannon? 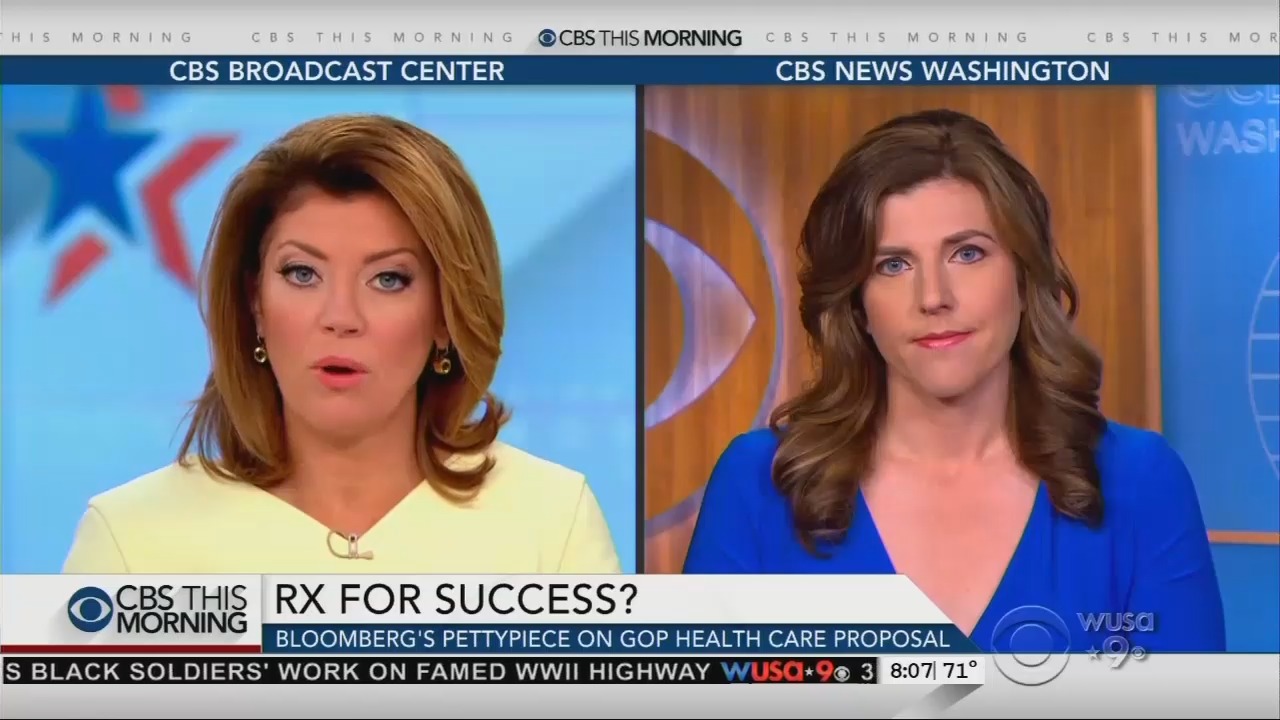 PETTYPIECE: Eventually millions of people will lose Medicaid coverage according to the CBO estimate. The expansion will eventually be rolled back. It will be harder in the future to qualify for medicaid and hospitals and nursing homes and institutions that depend on those Medicaid payments will eventually see cuts as this bill reduces how much money is given to states and how quickly the money given to states can grow.

O’DONNELL: One of the things ObamaCare did was cover essential benefits. Birth control, maternity care. Vaccines. Mental health. This bill does not. So how would this affect coverage?

PETTYPIECE: Well, that's an excellent point. So now insurers do not have to provide these sort of basic services, you know, even doctors visits, prescription drug coverage which they didn't have to do before this law. So if you have an employee plan, you don't think this affects you. Well, now your employer could provide you a really skinny basic plan that maybe doesn't even cover doctor's visits or prescription drug benefits or mental health or maternity care vaccines. So all those things, even people who think “I have coverage from my employer.” Well, your employer doesn't have to provide those thing to you anymore which they had to under the Affordable Care Act.

CHARLIE ROSE: How do they justify the fact that it will hurt the people that supported them most enthusiastically during the election?

PETTYPIECE: You know, this bill really is in line for what Republicans have been talking about ideologically for more than eight years. Of course, they have been talking about repeal and replacing ObamaCare. They were elected on that. I don't think anybody doubted their interest in repealing ObamaCare. But they also don't like entitlement. So the cuts to the Medicaid program which is something that, you know, a lot of supporters in red states benefit from, you know, the Republicans view that as an entitlement and they feel the program has gotten too big, too expansive. It's government run health care. There's a lot of waste in the system and they're trying to bring it back to people who are disabled or pregnant women or children and not able-bodied adults. That's the Republican ideology behind this.

KING: All right, Shannon Pettypiece. To be continued.