All three networks on Monday excitedly promoted the anti-Donald Trump potential of the testimony of a woman the President fired. CBS This Morning predicted that former acting Attorney General Sally Yates would deliver “explosive” “bombshells” about possible connections to Russia. Reporters on NBC’s Today reassured viewers that the Democrat was totally reliable. ABC's Good Morning America included a clip of liberal Senator Dianne Feinstein to make that point.

Reporter Jeff Pegues insisted, “Sally Yates's testimony is expected to include at least a few bombshells.”

Again, this was before the testimony. It was a "preemptive" bombshell? 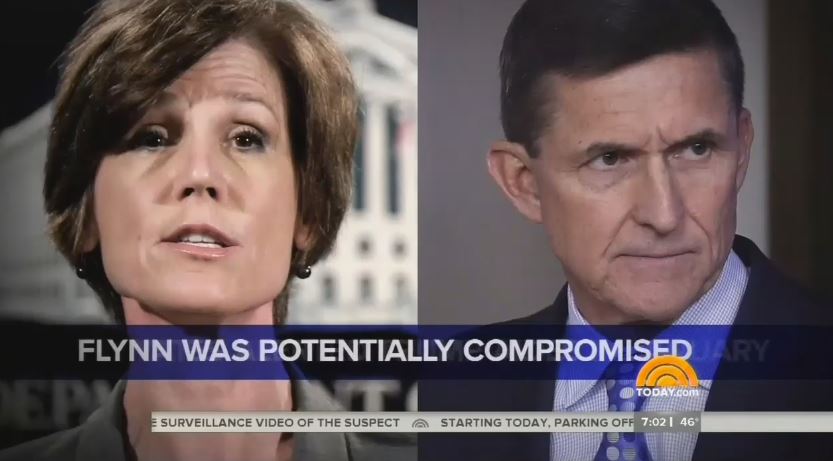 Over on NBC’s Today, Peter Alexander cited Democrats to dismiss partisan concerns about Yates: “While one Republican official familiar with the White House's thinking tells NBC News the administration will argue Yates is politicizing the issue, Democrats argue the former deputy Attorney General is a veteran prosecutor with an impeccable reputation.”

He then included a clip of liberal Senator Feinstein: “She is very widely respected and she apparently has some information as to who knew what went.”

SAVANNAH GUTHRIE: What about the White House's response? They say look, this is a person who is politicized. She's a Democrat. She was let go by the president in connection with her refusal to enforce the travel ban and she's gotten a ax to grind?

JEREMY BASH: I don't think that's the case at all. She's very credible. She is a career federal prosecutor, came into the Justice Department, spent her entire career as a public servant. She was doing her job when she told the White House counsel, "Hey, look, we have a situation on our hands that needs to be addressed." And instead they kept him in position for 17 days. 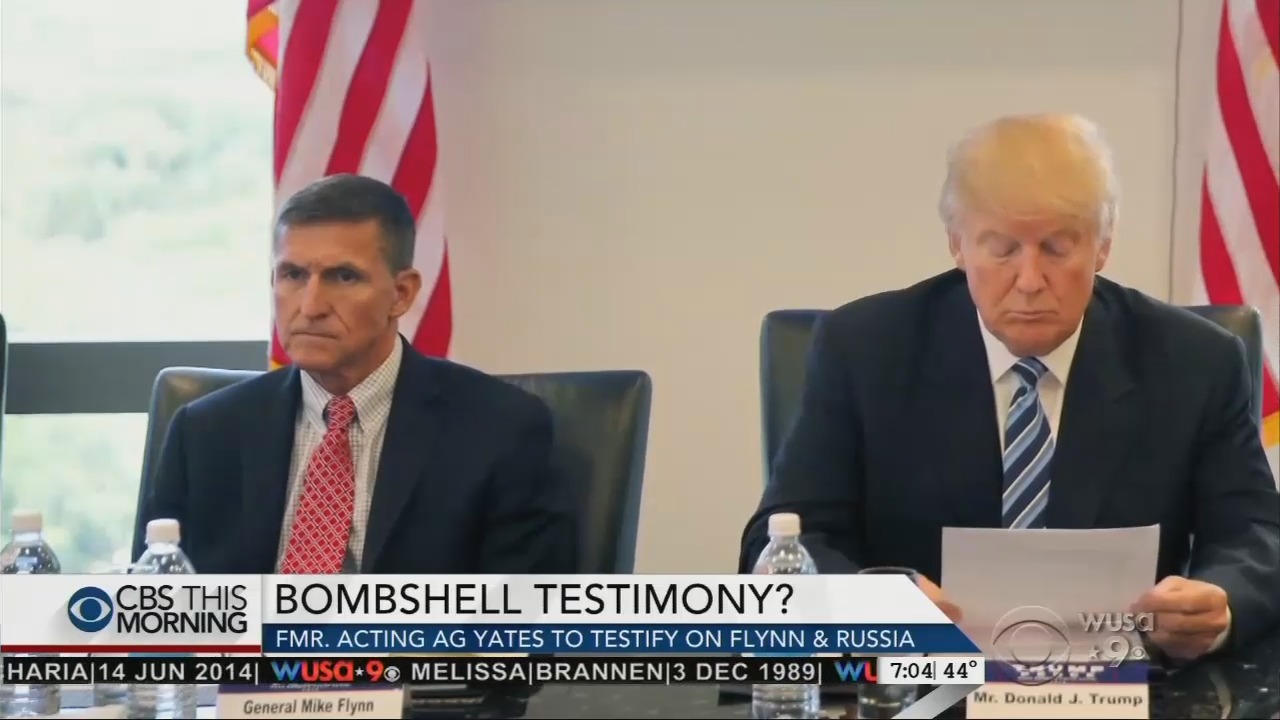 CHARLIE ROSE: Welcome to CBS This Morning. Testimony on Capitol Hill today could reveal explosive details about the alleged ties between the Trump campaign and Russia. Former acting Attorney General Sally Yates will appear before a Senate Committee.

NORAH O’DONNELL: Sally Yates was an Obama administration holdover and a key figure in the Russia investigation. She was fired soon after warning the White House about then-National Security Advisor Michael Flynn's conversations with Russian officials. Jeff Pegues is outside the hearing room on Capitol Hill. Jeff, good morning. What will we hear?

JEFF PEGUES: Well, good morning. Sally Yates's testimony is expected to include at least a few bombshells. And that's why you have some members of Congress pushing for her to appear. And she will later on today. The former acting Attorney General is expected to contradict public White House official statements about this issue. Multiple congressional and law enforcement sources say Yates notified the White House that former National Security Adviser Michael Flynn was not forthcoming with the Vice President about his contacts with the Russian ambassador Sergey Kislyak.

According to sources, she also warned the White House that Flynn was compromised. The President later fired Flynn but not immediately and some members of Congress wanted to know what took the White House so long to respond to concerns. Keep in mind, Flynn as the former National Security Adviser, was handling the most secure security information. And Yates will not be the only big name testifying in the hearing room behind me on this afternoon. Also appearing will be James Clapper, the former Director of National Intelligence, who before his retirement in mid-January, was briefed on the most important details connected to this Russian investigation. Gayle?