While ABC, CBS and NBC on Monday and Tuesday found time to celebrate the return of “easy-going,” rested Barack Obama to the public scene, none of them covered the release of a blockbuster expose that reveals the buried secrets of the ex-President’s Iran deal giveaway.

It was left to Fox News to cover the story. Meyer appeared on Happening Now and explained the real story behind the prisoner swap that propelled the nuclear deal:

The Obama administration when they rolled this out said there were seven people they were releasing as part of a deal for five Americans. But there were really 21 of them. There were seven people in the United States, either convicted or awaiting trial, on charges and then 14 fugitives. And besides downplaying the number, they also downplayed the severity of the charges... Many of these guys were high on the list of U.S. counter-proliferation effort to stop Iran from getting nuclear weapons and ballistic missiles. 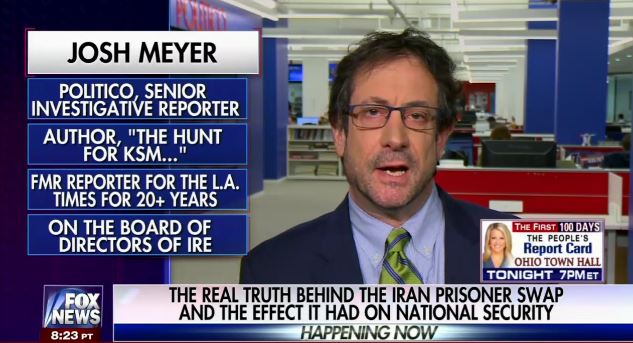 In his lengthy and well-sourced Politico story, Meyer detailed how the administration hid the identities of the Iranian prisoners who were being released:

In reality, some of them were accused by Obama’s own Justice Department of posing threats to national security. Three allegedly were part of an illegal procurement network supplying Iran with U.S.-made microelectronics with applications in surface-to-air and cruise missiles like the kind Tehran test-fired recently, prompting a still-escalating exchange of threats with the Trump administration. Another was serving an eight-year sentence for conspiring to supply Iran with satellite technology and hardware. As part of the deal, U.S. officials even dropped their demand for $10 million that a jury said the aerospace engineer illegally received from Tehran.

The biggest fish, though, was Seyed Abolfazl Shahab Jamili, who had been charged with being part of a conspiracy that from 2005 to 2012 procured thousands of parts with nuclear applications for Iran via China. That included hundreds of U.S.-made sensors for the uranium enrichment centrifuges in Iran whose progress had prompted the nuclear deal talks in the first place. 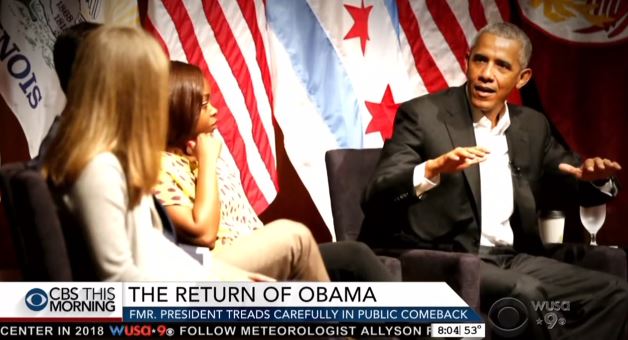 On Tuesday, CBS This Morning’s Dean Reynolds lauded, “Mr. Obama re-emerged yesterday with an easy-going manner that only a former president can appreciate.”

Conservative radio star Mark Levin was outraged about the Iran story, calling it “shocking” on his radio show. He mocked the media non-coverage: “Today Obama is out there and they are looping video of him talking to some college students and he sounds so professorial.”

A partial transcript of the Fox segment is below: 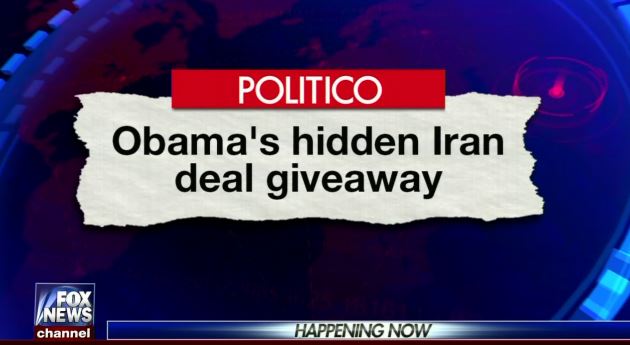 JENNA LEE: Some new fall out from a controversial move by the Obama administration. The one time juncture of releasing some Iranian born prisoners last year. At the time, it was presented to the American public as a good trade off for the Iranian nuclear agreement and Tehran’s pledge to free five Americans they were holding. But now, and an article titled “Obama's Hidden Iran Deal Giveaway, Politico senior investigative reporter Josh Meyer takes a closer look at this swap and its potential impact on national security. It's a fascinating read. We highly recommend it. Josh Meyer joins us with more. So, Josh, you say what was presented to the American public by the administration didn't tell the whole story of what was going on. What is the whole story?

JOSH MEYER (Politico senior investigative reporter): Basically, the Obama administration when they roll this out said there were seven people they were releasing as part of a deal for five Americans. But there were really 21 of them. There were seven people in the United States, either convicted or awaiting trial, on charges and then 14 fugitives. And besides downplaying the number, they also downplayed the severity of the charges. Some of these guys, many of these guys were high on the list of U.S. counter-proliferation effort to stop Iran from getting nuclear weapons and ballistic missiles. So, it was a big letdown.

LEE: Give our viewers an idea of who we really released.

MEYER: Well, even the seven people that were awaiting trial and convicted, three of them were involved in a Houston-based network that was supplying Iran with parts that could be used for ballistic missiles, cruise missiles, obviously that needed to take a nuclear weapon and hit a target in the United States or some place else. Other people were involved in efforts to provide arms and parts for Iran’s military even some of the 14 were involved in parts for the nuclear program. So some very serious allegations.

LEE: Why would we release anyone related to any of those endeavors?

MEYER: Well, that's a very good question. I think the genesis of the story was that I was talking to some federal law enforcement people and they were outraged at this. I mean, many of these investigations take years to do. They were involved in overseas investigation. But when you spend all that time and effort to try and dismantle the procurement networks that are feeding Iran’s nuclear program and its missile program, to see the people let go or dropped charges, international arrest warrants, it's very upsetting to these people.