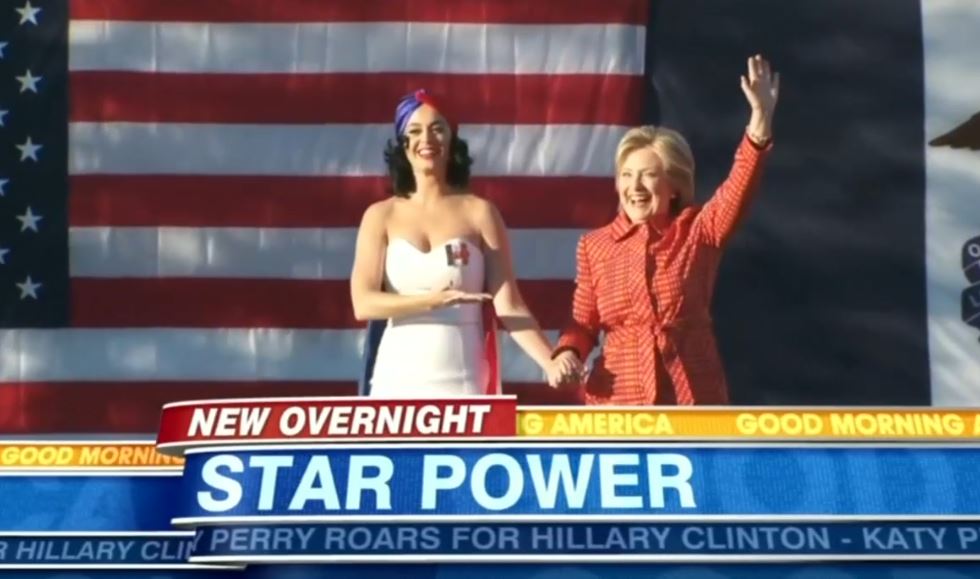 Liberal celebrities just can’t let it go. Hillary-loving singer Katy Perry gave an interview to Vogue for the May issue and recounted the “trauma” caused by the “scary” Donald Trump winning last November. As though she were suffering PTSD, Perry mourned, “I was really disheartened for a while; it just brought up a lot of trauma for me. Misogyny and sexism were in my childhood.”

She compared, “I have an issue with suppressive males and not being seen as equal. I felt like a little kid again being faced with a scary, controlling guy.” Perry added, “But it's an awakening that was necessary because I think we were in a false utopia . . . we can't ever get that stagnant again.” A false utopia? Was she living in The Matrix?

Earlier, the singer seemed to bristle at those who might not want to hear her aggressively liberal thoughts on every issue:

“I don’t think you have to shout it from the rooftops,” she says of her political views—she performed at the Democratic National Convention and campaigned for Hillary Clinton during the 2016 presidential campaign—“but I think you have to stand for something, and if you’re not standing for anything,” she adds pointedly, perhaps aiming at some of her deliberately apolitical confreres, “you’re really just serving yourself, period, end of story. ‘California Gurls’ and fluffy stuff would be completely inauthentic to who I am now and what I’ve learned,” she adds. “I do believe we need a little escapism, but I think that it can’t all be that. If you have a voice you have a responsibility to use it now, more than ever.”

On April 9, Perry gushed over Clinton wearing a pair of her shoes, commenting on Instagram: “OMG I LOVE HER SO MUCH!”

Just prior to the election, on October 25, 2016, NBC praised the entertainer as Clinton’s “A-team” and the “star power” that would help the Democrat win. Apparently, the political musing of a pop star didn't quite do it.