With no sense of irony, longtime liberal journalist Ted Koppel on Sunday embraced the idea that it’s Sean Hannity and conservatives in the media who are “bad for America.” The CBS Sunday Morning senior contributor investigated why “we Americans occupy alternate universes” when it comes to facts and our media choices. Unsurprisingly, the partisan journalist mostly blamed this on the right and didn’t look in the mirror.

After Hannity insisted that Americans know the difference between an opinion show and a news show, Koppel scoffed. The Fox News host shot back: “You think we're bad for America? You think I'm bad for America?” Koppel attacked, “Yeah.... You know why? Because you're very good at what you do.”

He again insulted Hannity: “You have attracted people who are determined that ideology is more important than facts.” (Networks journalists seem to have it in for Hannity. In 2008, 60 Minutes mocked him as a “junkyard dog.”) 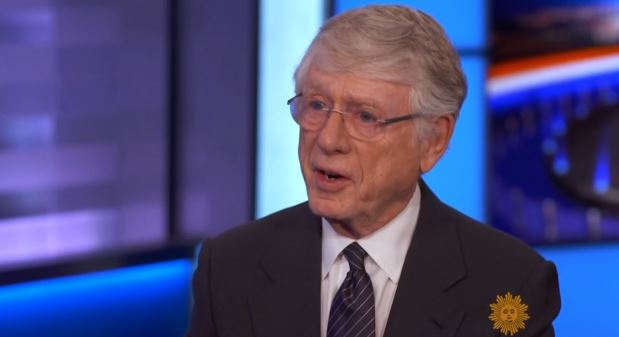 The whole premise of Koppel’s segment is that “in this age of the internet and cable TV, very little is out of bounds.” He introduced Hannity by deriding the conservative as someone who “promoted Donald Trump and a highly partisan agenda.”

Speaking of “highly partisan,” that’s Koppel’s own history. This is a man who bashed Rush Limbaugh as just shy of “hateful.” He hammered conservatives as fearful of “smart” women like Hillary Clinton and talked down Ronald Reagan shortly after the former president’s death.

Here are a few examples of Koppel’s bias:

"When you say he's 'a good and decent man,' I don't know him that well personally myself, I have no way of judging one way or the other. But I must tell you I often listen to him when I'm driving into work, and what I hear on the radio is frequently —  I don't want to say hateful, that's going a little too far —  but he says and does things on the radio that are so disparaging of homosexuals, African-Americans, the homeless. As I say, I think it's clearly part of the act, but it's not gentlemanly, it's not kind."
—  ABC's Ted Koppel on Nightline Oct. 2 2003, rejecting talk show host G. Gordon Liddy's description of Limbaugh.

"Let us not for a moment be confused into believing that this is only a conservative Republican thing, this business of some people feeling threatened by smart, assertive, professional women....Women who speak their minds in public are still swimming upstream in this country."
— Ted Koppel opening Nightline, August 18, 1992.

Ted Koppel: "There were some fairly contentious issues and he was a fairly controversial President - we've more or less overlooked much of that over the past week. But I suspect as his friends and supporters try to raise to him to the very heights there, and perhaps find a place for him on Mount Rushmore, that some of that controversy and some of the debate will come back."

Peter Jennings: "No doubt about it."
— Exchange during ABC's live coverage of Reagan funeral events about 7:45pm EDT on June 11, 2004. 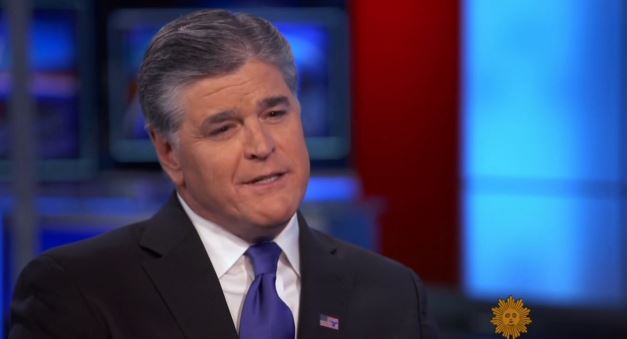 Unsurprisingly, during Sunday’s segment, Koppel put the blame on all this division on people like Rush Limbaugh:

TED KOPPEL: Rush Limbaugh had a lot to do with creating though two separate world. But he couldn't have done it until 1987 When the Federal Communications Commission did away with the so-called fairness doctrine. What was what?

In the ten and a half minute segment, there was precious few examples of liberal and Democratic division. In Koppel’s world, it’s only those nasty conservatives at fault.

JANE PAULEY: As this past week's battle over health care may prove, the great divide in American poll six shows no sign of closing or quieting down. Our cover story is reported by Sunday Morning senior contributor Ted Koppel.

DONALD TRUMP: To be honest I inherited a mess. It's a mess.

STEPHEN COLBERT: No, you inherited a fortune. We elect a mess.

KOPPEL: There is very little common ground left. Only battling perceptions of reality.

SEAN HANNITY: Are you all happy with the last 30 days?

KOPPEL: Neither side seems to have much use for the other and in this age of the internet and cable TV, very little is out of bounds.

KOPPEL: There are legions driving the country further and further apart.

TOMI LAHREN: President Trump has still done more for this country in the last 40 days than Barack Obama did in eight years.

KOPPEL: A Pew study finds 81 percent of voters say they cannot agree with the other side on basic facts, which may owe something to the president's campaign against the fake news.

HANNITY: [Hannity at CPAC.] Of all of the media outlets, which one was the worst?

KOPPEL: Norm Ornstein, a resident scholar at the American Enterprise Institute was then, and remains now, a student of our political system and our media.

NORM ORNSTEIN: We would watch network news shows and we would sit there and we would have, basically, a common set of facts that would emerge from them. As we've moved to the new media world, the more you've got this cacophony of voices, the more you cut through it by basically shock value. And that's why people now are driven not by their own attachment to their own parties, they're driven by a hatred for those on the other side.

KOPPEL: Sean Hannity's television program on Fox has a nightly audience of 2.9 million viewers. He has, from the first, promoted Donald Trump and a highly partisan agenda.

HANNITY: Honestly, I think liberalism has to be defeated. Socialism must be defeated in a political sense. This is not —  we don't want a revolution.

HANNITY: We do for now.

KOPPEL: Rush Limbaugh had a lot to do with creating though two separate worlds. But he couldn't have done it until 1987 When the Federal Communications Commission did away with the so-called fairness doctrine. What was what?

LIMBAUGH: Welcome to the Rush Limbaugh program, a program exclusively designed for rich conservatives and right-minded Republicans and those who want to be either or both.

KOPPEL: Free of the fairness doctrine, rush Limbaugh and conservative talk radio exploded into a political force of nature.

ORNSTEIN: Now, you take conservative talk radio, move that forward to tribal cable television and then layer on to that e-mail and social media. And all of a sudden we live in a world where people can get information and believe it's absolutely true and not have to get any kind of opposing point of view. And once they believe it, they will always believe it even if it's utterly false.

HANNITY: We have to give some credit to the American people that they're somewhat intelligent and this they know the difference between an opinion show and a news show. You're not —  you're cynical. Look at that —

KOPPEL:  I am cynical because —

KOPPEL: In the long haul, I think you —

KOPPEL: And all these opinion shows --

KOPPEL: No, you know why? Because you're very good at what you do and because you’ve attracted a significantly more influential —

HANNITY: You are selling the American people short.

KOPPEL: Let me finish the sentence before you do that.

HANNITY: I'm listening. With all due respect. Take the floor.

KOPPEL: You have attracted people who are determined that ideology is more important than facts.

KOPPEL: If I were a Donald Trump supporter I'd be seething every day. These guys are out to do him in and one way or another it's going to be us or them.