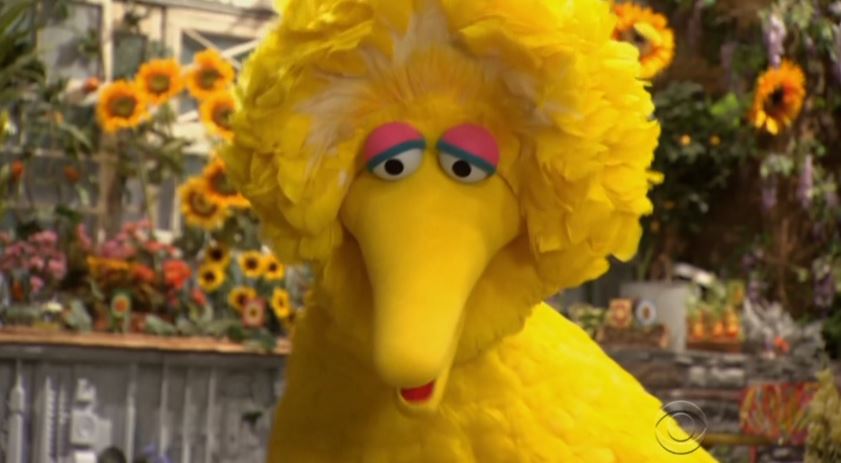 The fear tactics from partisan liberal journalists are at work to save funding for PBS. USA Today online on Tuesday trumpeted this deceptive headline: “Could Trump's 2018 budget kill Sesame Street's beloved Big Bird?” Well, no. Because Sesame Street no longer receives government funding and airs on HBO. The news outlet also outrageously connected the defunding move to bigotry.

USA Today journalist Greg Toppo led with scare tactics: “Is Big Bird on the chopping block?” Speaking of efforts by Donald Trump to zero out funding for PBS, Toppo added, “Could the move really kill the beloved yellow bird and his Sesame Street pals?”

It wasn’t until nine paragraphs in that the writer conceded that if defunding happens:

Big Bird and his friends could likely continue producing new episodes, since they now wear a kind of bulletproof vest emblazoned with another three-letter acronym: HBO.

Using pretzel-like logic, Toppo attempted to link this back to PBS and Big Bird:

But if individual PBS stations can’t afford to keep the lights on, the cuts could keep Big Bird & Friends from populating your children’s daytime TV schedules, advocates say.

The USA Today story featured no voices applauding the push and instead linked the effort to, you guessed it, racism:

The push to defund entities like PBS and CPB goes back “to the very beginning,” Davis said, when lawmakers in Mississippi and Alabama, objecting to the sight of African-American and white children playing together onscreen, tried to take Sesame Street off the air. Viewers protested and the effort died.

Toppo featured author Michael Davis in the article. He sneered that the Corporation for Public Broadcasting is “the only corporation Republicans don’t like."