In the “feud” between Barack Obama and Donald Trump, it’s the current president who broke “tradition” with the “personal” attacks. That’s the selective memory pushed by the journalists at CBS This Morning on Monday. Guest co-host Anthony Mason insisted that the President’s tweets on Saturday “broke an uneasy truce between the two men since the White House transition.”

Reporter Chip Reid decided that it was Trump who “has taken the gloves off.” USA Today Washington bureau chief Susan Page somehow justified, “Even President Obama, when he took over, was critical of President George W. Bush. But he never criticized him personally in the way President Trump has now criticized President Obama.”

Reid summarized that “Mr. Trump has defied a presidential tradition of not personally attacking your predecessor.” 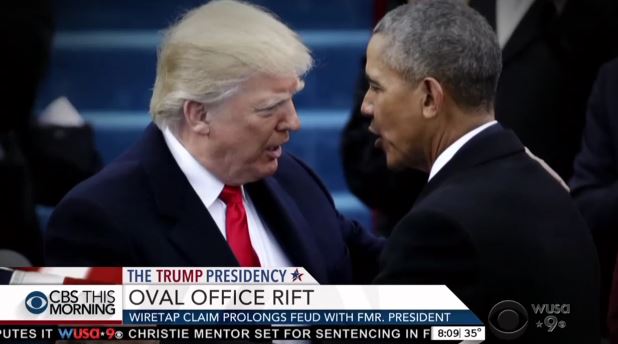 Yet, in 2008, then-candidate Obama assailed George W. Bush, who would become his predecessor, over Hurricane Katrina:

We can talk about levies that couldn’t hold, about a FEMA that seem not just incompetent but paralyzed and powerless, about a president who only saw the people from a window on an airplane instead of down here on the ground, trying to provide comfort and aid.

This was the headline for an October 14, 2016 Politico item on Obama slamming his eventual successor: “Obama unleashes blistering attack on Trump. The president casts the GOP nominee as a hypocrite and a phony and urges America to vote.” 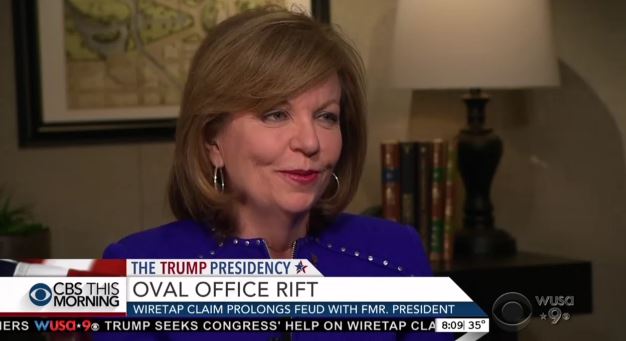 “This is a guy who spent all his time trying to convince everyone he was a global elite. … All he had time for is celebrities. And now suddenly he’s acting like a populist.... Come on, man.”

In September of 2016, Obama said it would be a “personal insult” to his legacy if black voters didn’t back Hillary Clinton. 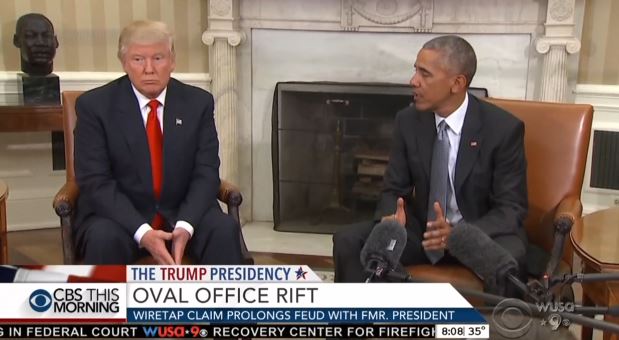 Way back in 2011, Obama mocked Trump at the White House Correspondents Dinner:

We all know about your credentials and breadth of experience. For example — no, seriously, just recently, in an episode of ‘Celebrity Apprentice’ — at the steakhouse, the men’s cooking team did not impress the judges from Omaha Steaks. And there was a lot of blame to go around. But you, Mr. Trump, recognized that the real problem was a lack of leadership. And so ultimately, you didn’t blame Lil Jon or Meatloaf. You fired Gary Busey. And these are the kind of decisions that would keep me up at night. Well handled, sir. Well handled.

These don't count as personal insults?

ANTHONY MASON: President Trump’s accusations of wiretapping reignited the long-simmering feud with former President Obama. Mr. Trump claimed on Saturday that his predecessor engaged in McCarthyism and called Mr. Obama “a bad or sick guy,” as Gayle said. The attack broke an uneasy truce between the two men since the White House transition. Chip Reid is in Washington with how the rift is upending presidential norms. Chip good morning.

CHIP REID: Good morning. During the 2016 election, Mr. Obama was a harsh critic of Mr. Trump and frequently campaigned against him, but their animosity goes back much further when Mr. Trump led a fringe movement that refused to accept Mr. Obama’s American citizenship.

BARACK OBAMA: We, now, are going to want to do everything we can to help you succeed.

REID: After the November vote, the then-President-elect  praised the man he once called worst president in U.S. history.

DONALD TRUMP: Mr. President, it was great honor being with you.

REID: Mr. Trump and Mr. Obama spoke regularly prior to the inauguration and appeared to have buried the hatchet.

OBAMA: He is engaging and gregarious.

OBAMA: Uh, you know, I've enjoyed the conversations that we've had.

TRUMP: We get along. I don’t know if he'll admit this, but he likes me.

[Video of protester holding a sign saying “Not Mein Fuhrer.”]

REID: But with presidency now bogged down by protests and allegations of Russian collusion, Mr. Trump has taken the gloves off.

TRUMP: I think President Obama behind it because his people are certainly behind it and some of the leaks possibly come from that group.

SUSAN PAGE: There’s this tradition of moving on.

REID: The two most recent presidents have been at odds since Mr. Trump was the face of the birther movement.

OBAMA [April 30, 2011]: No one is prouder to put this birth certificate matter to rest than the Donald. And that’s because he can finally get back to focusing on the issues that matter. Like, did we fake the moon landing?

PAGE: Whether President Obama and President Trump will ever really become friends, that is too far in the future to even speculate about. Also maybe hard to imagine. But we’ll see.

REID: Former presidents usually avoid politics in the early days of their successors' administration. But Mr. Obama has chosen not to be silent. For example, he praised opponents of Mr. Trump’s travel ban and he launched a Democratic Party initiative on redistricting. Norah?