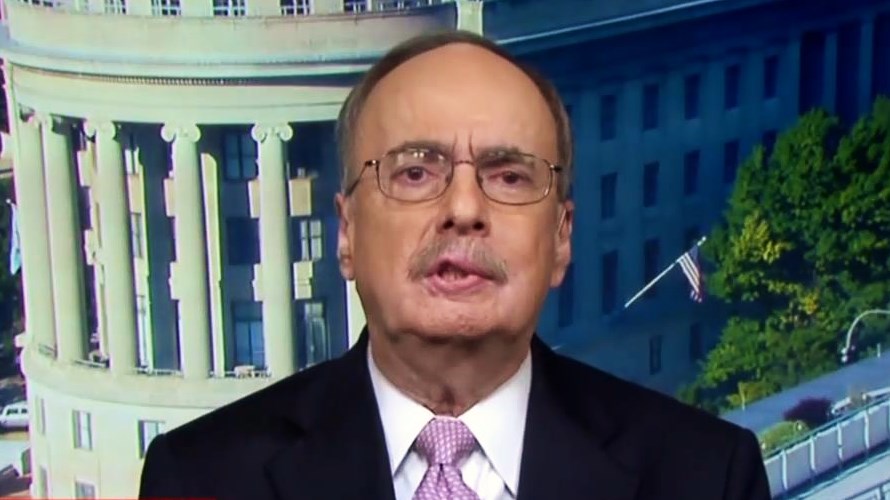 Politico’s chief columnist Roger Simon on Wednesday went on an unhinged, hyperbolic rant about Donald Trump in his final contribution for the website. The retiring Simon worried that democracy is “failing” and could turn “into something evil” as the new President ruins the country. Simon hysterically worried, “We live at a pivotal time because Donald Trump and his thugs have done us a favor. They have shown us that democracy is not inevitable. They have shown us it can fail.”

He continued, “In just a matter of days, they have shown us how democracy can be transformed into something evil. And we can imagine a future of jackboots crashing through our doors at 2 a.m., trucks in the streets to take people to the internment camps, bright lights and barking dogs — and worse.”

Does this make me sound hysterical? Maybe. But this is my last chance to be. In its first week, the Trump administration demonstrated its contempt for Mexicans, for Muslims and for Jews. I imagine the true list is longer. Much longer.

Should we keep quiet as we watch this? Is this why America was created?

The columnist then equivocated on whether Trump is a “legitimate” president;

Is Trump a “legitimate” president? You tell me: Hillary Clinton got 3 million more popular votes. The Russians may have hacked the results. The minority vote continues to be suppressed. And FBI Director James Comey may have influenced the outcome of the election by behavior that ran the gamut from the peculiar to the inexplicable.

Legally, Trump today is legitimate. Who knows what we will find in the future?...Our long national nightmare may have just begun.

Simon then lamented his own departure from the political scene: “What a terrible time to subtract even one puny voice from the forces of opposition to him.”

For Simon, saving democracy usually just means trashing conservatives. In an October 14, 2013 column, he sneered, “Question: If Ted Cruz and John Boehner were both on a sinking ship, who would be saved? Answer: America.”

In 2015, he bashed Ben Carson as a brain-damaged wolf in sheep’s clothing.