CBS to Obama: Country ‘Deeply Appreciates’ Your Restraint on Trump

CBS This Morning on Friday previewed Barack Obama’s “final network interview as Commander-in-Chief,” touting a clip in which journalist Steve Kroft hails the President’s restraint in criticizing Donald Trump. Kroft initially prodded, “You have to admit this is one of the strangest transitions in history.... Can [Trump] run an improvisational presidency?”

Not getting criticism of Trump, the reporter oddly insisted, “Look. I think that the country deeply appreciates the fact that you have not spoken clearly, I think, probably what's on your mind in relation to the President-elect.”

So, please tell us how much you really dislike Trump? Instead, Obama responded, “Well, the people have spoken.” Kroft continued, “He seems to have spent a good deal of his time sending out tweets.” 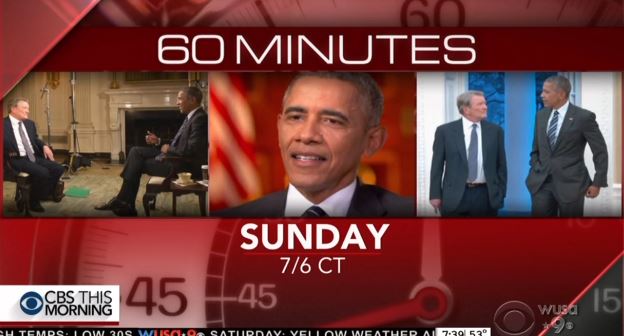 CHARLIE ROSE: President Obama leaves office one week today. For his final network interview as Commander-in-Chief, he sat down with 60 Minutes correspondent Steve Kroft. They talked about the incoming administration and why he's not underestimating his successor.

STEVE KROFT: You have to admit this is one of the strangest transitions in history. 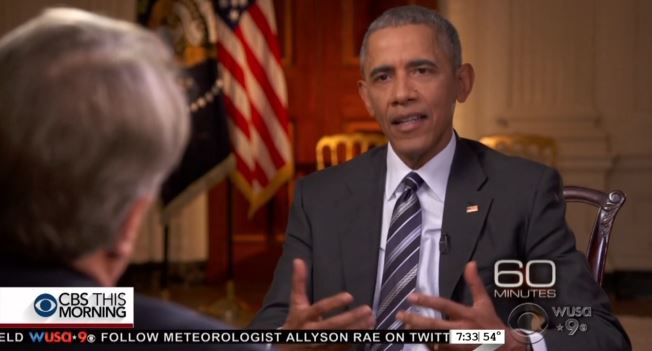 BARACK OBAMA: It's unusual. I'll agree with that. And I expect the president-elect would agree with that. Look. He's an unconventional candidate. I don't think there's anybody who's run a campaign like his successfully in modern history, not that I can think of. And as a consequence, because he didn't have the is up part of many of the establishment in his own party, because he ran sort of an improvisational campaign.

KROFT: Can you run an improvisational presidency? 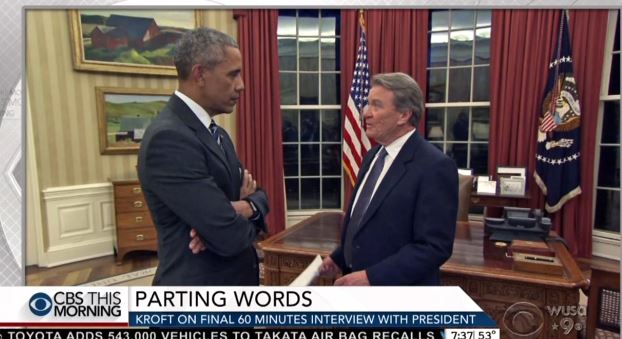 OBAMA: I don't think so. So, now he's in the process of building up an organization, and we'll have to see how that works. And it will be a test, I think, for him and the people that he's designated to be able to execute on his vision.

KROFT: Look. I think that the country deeply appreciates the fact that you have not spoken clearly, I think, probably what's on your mind in relation to the President-elect.

OBAMA: Well the people have spoken. 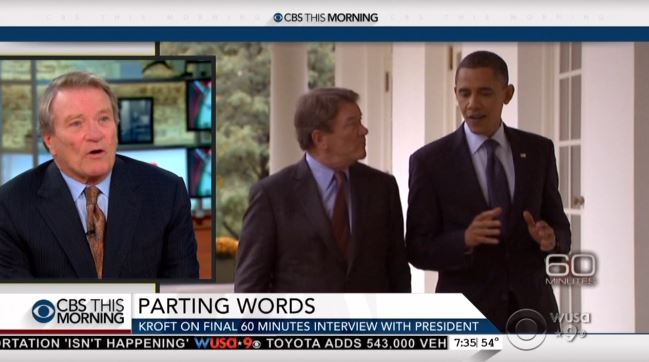 KROFT: And I don't want people to think that we're condemning Donald Trump. But as you said earlier, it's unusual.

KROFT: He seems to have spent a good deal of his time sending out tweets that, you know, the United States must strengthen and expand its nuclear ability, that Meryl Streep is an overrated Hillary flunkee. You're watching this like everybody else. I mean, what's going on?

OBAMA: You know, you're going have to talk to him. But here's what I think. First of all, I think everybody has to acknowledge don't underestimate the guy because he's going to be the 45th president of the United States. The one thing I've said to him directly and I would advise my Republican friends in Congress and supporters around the country is just make sure that as we go forward certain norms, certain institutional traditions don't get eroded because there's a reason they're in place. 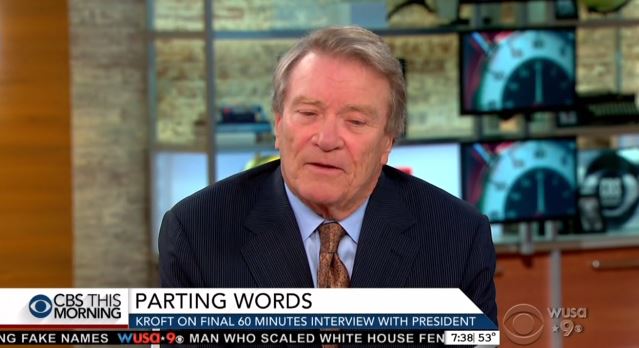 ROSE: Well, Steve Kroft is with us now. Congratulations. There’s a lot to talk about.

ROSE: You spent how long with him on this occasion?

KROFT: Probably about an hour and a half.

ROSE: How has he changed? We'll talk about Trump and the rest of the staff later. You've seen him for a long time.

ROSE: And he says he's done the job better in the last two years than he did previously.

O’DONNELL: What do we know about his conversations with the President-elect?

KROFT: Almost nothing. He has been very tight mouthed about it. And I really heard no leaks. I think that he's just —  that they've decided to keep it absolutely quiet except to talk about general areas.

O’DONNELL: But he told you —

GAYLE KING: But that’s extraordinary you have no leaks considering the sources that you have, Steve Kroft. But I think it's interesting that the thing was so acrimonious, the campaign. Is it forgive and forget? Or has he set a tone, the President, two days after saying, “Listen, he's now the leader and we want him to succeed because we want the country to succeed?”

KROFT: I think given this last election, I think he believes it's really important to be respectful. And somebody had made this point to me. This is one thing I had heard that they did talk a lot about the election in the meeting and that Obama was interested in it because, you know, he won the election. I think for Obama, it's probably not a small thing.

ROSE: What he said about Trump is true about him. You don’t get to be president without knowing something.

KROFT: Right. And it is a very small club and I think he's respecting the rules of that club and I think also he has, as many people have speculated, an interest in keeping a good relationship with Donald Trump so that President Trump can pick up the phone and call him if ne needs his advice.

ROSE: What does he regret?

KROFT: I don't think he — regrets? He's said he's made some miscalculations. He said he underestimated the divisions in the country and the deep political partisanship that he was going run into. He said he didn't think it was —  he didn't quite say he was a little naive, but it turned out to be more than he expected. And I think he was very disappointed in it but hard to break through.