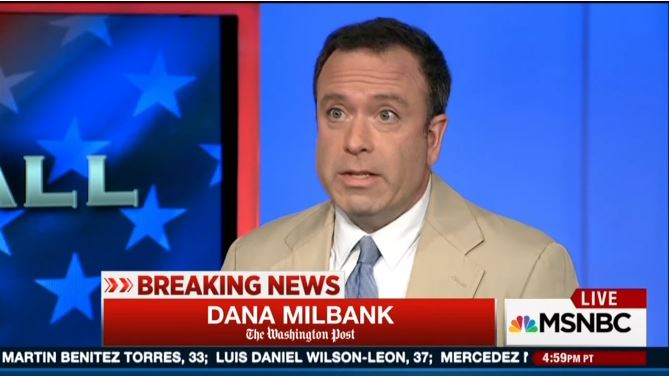 According to Washington Post journalist Dana Milbank on Thursday, Barack Obama is comparable to George Washington and a fictional Disney Demigod. Lamenting the fact that the outgoing President isn’t getting enough credit, the columnist referenced the 2016 film Moana and quoted from song lyrics where the deity Maui bragged about how amazing he is: “What can I say, except you’re welcome for the tides, the sun, the sky? Hey, it’s okay, it’s okay. You’re welcome.”

Linking the higher power, Milbank fawned, “Watching the final days of the Obama administration, one suspects the Hawaiian-born president could empathize with Maui.” If that kind of slobbering praise wasn’t enough, the journalist strained to connect the President to George Washington: “Announcing he was following in George Washington’s footsteps, he scheduled a farewell address next week.”

Again, the columnist returned to the deity comparison: “For a man who achieved so much, Obama, like Maui, must be wondering where the gratitude is.” This came as Milbank referenced Obama’s visit to Capitol Hill to defend the health care law from Republicans.

He concluded by lamenting a lack of love for the President:

After eight years of achievements, it must vex the president that more aren’t lining up to say “Thanks, Obama.”

But what can he say except “You’re welcome”?

How does this praise compare to Donald Trump? On October 25, 2016, Milbank ranted about objectivity when it came to the Republican. He whined that it “legitimizes the illegitimate.”