CBS Channels Watergate: ‘What Did Donald Know and When Did He Know It?’

Rampant speculation abounded on Thursday’s CBS This Morning. Co-host Charlie Rose on Thursday channeled Watergate with a question about Donald Trump and Russian hacking.  Talking to John Heilemann of Bloomberg Politics, Rose wondered, “What did Donald [Trump] know and when did he know it?” This, of course, was meant to echo Senator Howard Baker’s 1973 question during the Watergate hearings: “What did the President know and when did he know it?” Ultimately, President Nixon was driven from office.

Heilemann responded, “And what did Vladimir know and when did he know it?” Co-host Norah O’Donnell also jumped to conclusions, wondering, “I guess the question to me is... why would Putin want Trump as president? And what are the implications of that?”

CHARLIE ROSE: Let’s talk about Vladimir Putin and these reports. Is there going to be increasing pressure, political pressure on President Obama to respond and respond in a strong way? 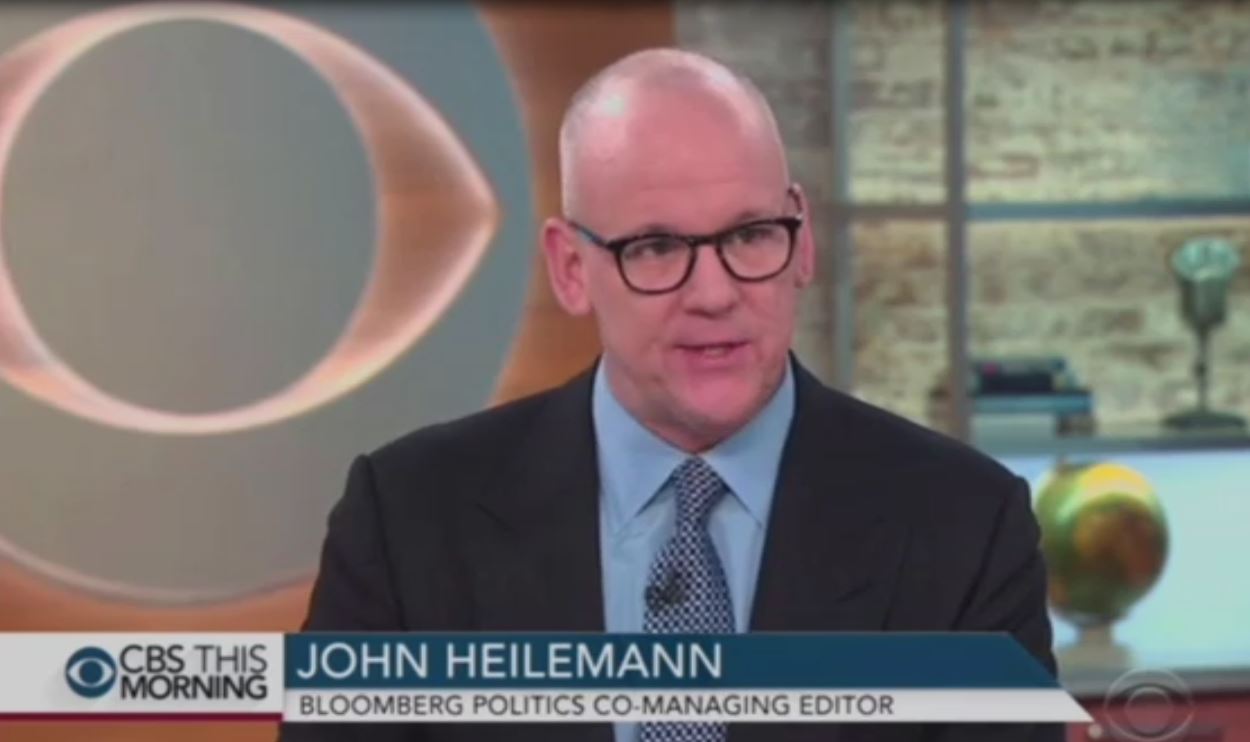 JOHN HEILEMANN: Well, I think there are two different kinds of pressure. The first question is going to be about how to investigate this and there is — you can already see the way in which this debate is lining up with the question whether this should be a congressional inquiry on a bipartisan basis or whether you should go more of a 9/11 Commission kind of model. A lot of Democrats want to do that. A lot of Republicans in control of Congress want to do the investigation in Congress. So, there’s a risk — 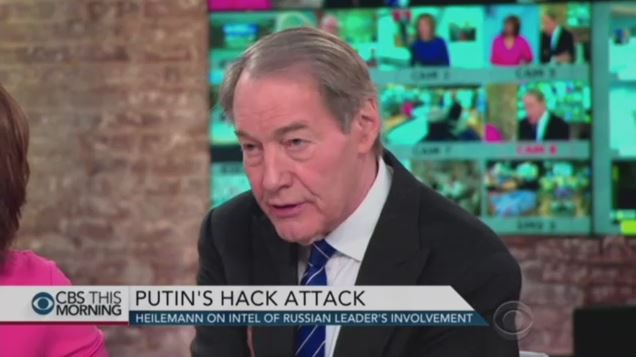 ROSE: But the White House investigation is under way right now and will come out before the President leaves office.

HEILEMANN: The White House investigation is under way — It will and there’s also the question of whether there should be a response. And that has obviously been — You remember Joe Biden when the first reports of this came out back in October, Joe Biden threatened the notion that there could be some kind of response, whether that could be cyber response or some other kind of response. And I think if there is, beyond news reports, if there become more credible news reports from this investigation, for example if Putin for example was directly involved in this, I think there’s going to be a very strong national security case being made by many people that something needs to be about this, as opposed to just looking for the truth of the story.

HEILEMANN: There’s a — The United States engages in cyber warfare also and has engaged in cyber warfare against a variety of states in the past. One of the pieces of thinking that’s always been in the cases of this area is that you could strike back against Russia, against Putin personally, against his assets, exposing information about Putin and his holdings, much of which is as shrouded in mystery as Donald Trump’s financial assets. You could do that if you were — I’m not saying I think that’s the right thing to do. But it’s certainly an option that’s on the table that has been considered and would be considered in the future, I think.

NORAH O’DONNELL: I guess the question to me is the most interesting thing to me is, the most interesting, is why would Putin want Trump as president? And what are the implications of that and how does that effect who his Secretary of State is? Does it make it more or less likely that Rex Tillerson —

HEILEMANN: Those are really large questions and they’re saying quickly in my ear. Vladimir Putin has always had bad feelings about Hillary Clinton because of the fact that she was one of the leaders of sanctions against Russia after the Crimea invasion. Donald Trump has always made more conciliatory noises towards Russia and towards Putin than Clinton did. You can imagine why there was a policy preference there on what their states positions were. How that plays into the Tillerson nomination, it’s going to be a huge question. The Tillerson confirmation hearings are going to be almost exclusively about this issue.

O’DONNELL: It’s a good debate to have.

HEILEMANN: And I think Norah’s question is going to be the central question of that confirmation hearing.

O’DONNELL: John, you did it very quickly and very succinctly and very nicely.

ROSE: What did Donald know and when did he know it?

HEILEMANN: And what did Vladimir know and when did he know it?

O’DONNELL: Thank you so much.