CBS to Schumer: Will Tillerson Have a ‘Problem’ Being Confirmed?

All three morning newscasts on Monday speculated about issues in confirming potential Secretary of State nominee Rex Tillerson, but only CBS This Morning’s Charlie Rose put the question directly to incoming Senate Minority Leader Chuck Schumer. Rose prompted the partisan Democrat on the possible high profile pick by Donald Trump: “If Rex Tillerson is the nominee for the Secretary of State, will he have a problem being confirmed in the United States Senate?”

Unsurprisingly, Schumer agreed, “I can say this as the future Minority Leader, God willing, that this has to be a thorough [investigation].” Co-host Gayle King underlined, “Yes, there will be some follow-ups.”

Earlier in the show, Nancy Cordes recounted, “The reaction has been mixed. Some Republicans say Tillerson is very impressive, a proven business leader. While others say his friendly relationship with Russia is what they don't want in a Secretary of State.” 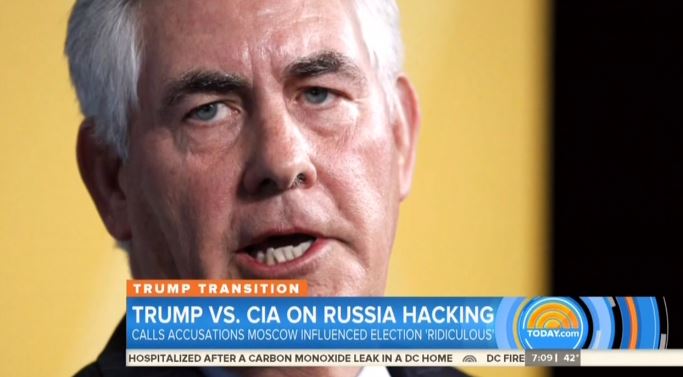 Over on NBC’s Today, Kristen Welker described Trump as “on defense over his likely pick of Secretary of State.” She added, “Tillerson has no diplomatic experience but has executed business deals around the world and has extensive ties to Russia.”

A transcript of the question to Chuck Schumer is below: 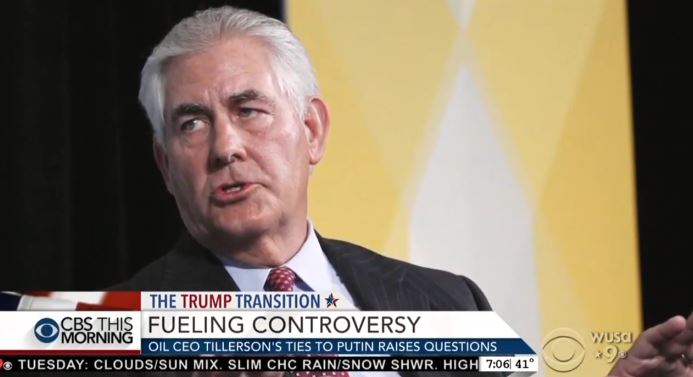 CHARLIE ROSE: Let me ask you one quick question. If Rex Tillerson is the nominee for the Secretary of State, will he have a problem being confirmed in the United States Senate?

SENATOR CHUCK SCHUMER: Okay. Well, look. The bottom line is every one of these nominees, and particularly a guy like Tillerson, needs a thorough, thorough hearing. The one thing we will insist on, Democrats, is it not just be a quick [slaps hands together] five minutes to each person in one day. We are going to want thorough questions. He will be questioned thoroughly should he be the nominee and all of these allegations and talks about his closeness with Putin will come forward. But I can say this, as the future Minority Leader, God willing, that this has to be a thorough —  we will not stand for a quick you just ask your question and say hello and he leaves.

GAYLE KING: Yes, there will be some follow-ups.