Stephen Colbert on Trump's Win: ‘How Could God Let This Happen?’

Liberal CBS host Stephen Colbert is still not over the election results. On the most recent Late Show, he wondered aloud how God could “let” Donald Trump win. This is the same man who freaked out on Tuesday night, blurting, “What the fuck is happening?” During Wednesday’s monologue, Colbert lamented, “I'm a man of some faith, but when bad things like this happen like this—  and this does feel bad—  I have to ask, how could God let this happen?”

A skit followed in which Colbert talked to a clueless “God.” The deity rambled, “Oh, yeah, the election. You must all be real excited about the first woman president. You're welcome, America.”

After God was informed that Trump won, the Lord refused to take Colbert’s blame: 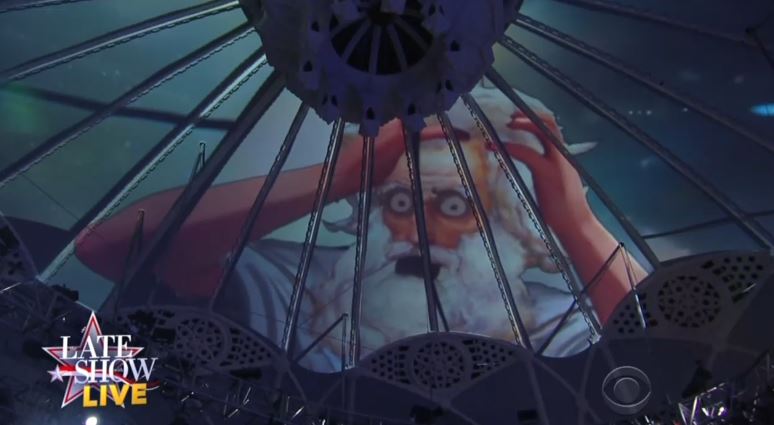 STEPHEN COLBERT: At this point, we just have to accept that you chose Donald Trump to be our president.

On Tuesday, Colbert talked to John Heilemann and exclaimed, “What the fuck is happening?” On another show, Tuesday, Daily Show anchor Trevor Noah admitted he was “shitting” his pants and called Trump’s election the “end of the world.”

A transcript of the Late Show segment is below: 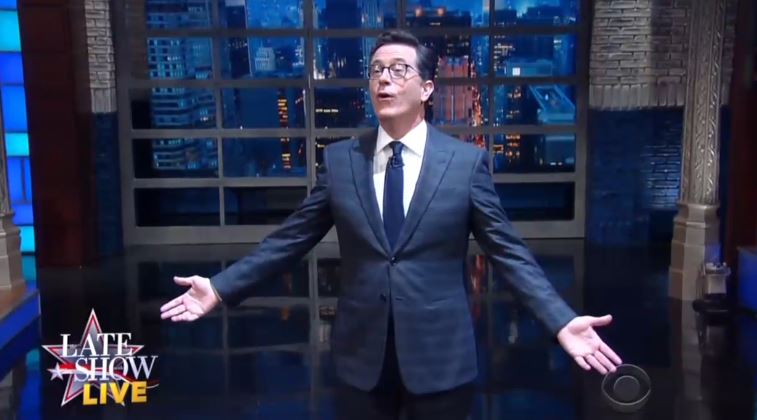 STEPHEN COLBERT: And, you know, I'm a man of some faith, but when bad things like this happen like this—  and this does feel bad-- I have to ask, how could God let this happen? And I don’t exactly —

“GOD”: That's my name. Don't wear it out. What are you guys talking about?

COLBERT: God, we're trying to figure out what happened with the election last night.

“GOD”: Oh, yeah, the election. You must all be real excited about the first woman president. You're welcome, America.

COLBERT:  God, God, wait, what are you talking about? Weren't you watching the election?

“GOD”:  No, I was binge-watching Narcos on Netflix. How much did Hillary win by?

“GOD”: What the hell?! That Scottish goat said she had it in the bag!

COLBERT: I know! I know! The fish was right! All the pollsters were wrong!

“GOD”: Hold on. Let me Google it. Says here Hillary got more votes than Trump.

“GOD”: That again? I'm omniscient, and I don't even know how the hell that works.

“GOD”: I guess I shouldn't be surprised that white men came out on top again, considering how everyone assumes I look.

“GOD”:  Stephen, I feel terrible about this whole thing. Let me make it up to you. How about a new animal that's really cuddly and also tastes good? Huh?

COLBERT: No, thanks. That's very kind, but I think we're all good. Can you at least tell us what what we should do?

“GOD”: Stephen, if you're really unhappy, I could just hit the reset button on humanity. You know, maybe send a flood or a plague of locusts. Oh, I've been working on a new one where your heads melt like that Nazi in Raiders of the Lost Ark.

“GOD”: You drip like a candle. It's really cool.

COLBERT: Thank you. You’re very kind. At this point, we just have to accept that you chose Donald Trump to be our president.