Mrs. George Stephanopoulos: We Will Move to Australia If Trump Wins 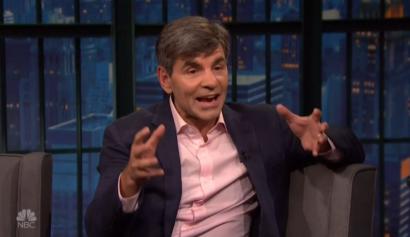 The wife of ABC News anchor George Stephanopoulos declared that if Donald Trump wins, the couple is moving to Australia. That’s according to the Hollywood Reporter in a piece from Tuesday on how celebrities will react to the election. Ali Wentworth is an actress, notable for appearing on Seinfeld and marrying Stephanopoulos.

She declared, “If Trump wins, we’ll start looking at real estate in Sydney, Australia. No crime, no guns." The ABC anchor, it should be reminded, worked for Bill Clinton and secretly donated $75,000 to the Clinton Foundation.

The Hollywood Reporter also reported that Lost City of Z director James Gray sneered, “ won’t recognize our country anymore if it wants a scumbag white nationalist to be its president. You can quote me on that: I hate that guy.”