Co-debate moderator Martha Raddatz frequently interrupted Donald Trump and sparred with the businessman over media bias and fairness during Sunday’s debate. After a discussion on the condition of Syria, the journalist attempted to move on and Trump interrupted, “She just went about 25 seconds over her time. Could I respond to this please?”

On the subject of Aleppo, this exchange occurred:

MARTHA RADDATZ: Thank you very much. We’re going to move on.

TRUMP: You know, it’s funny, she went a minute over and you don’t stop her. When I go one second over, it’s like a big deal.

RADDATZ: You had many answers. 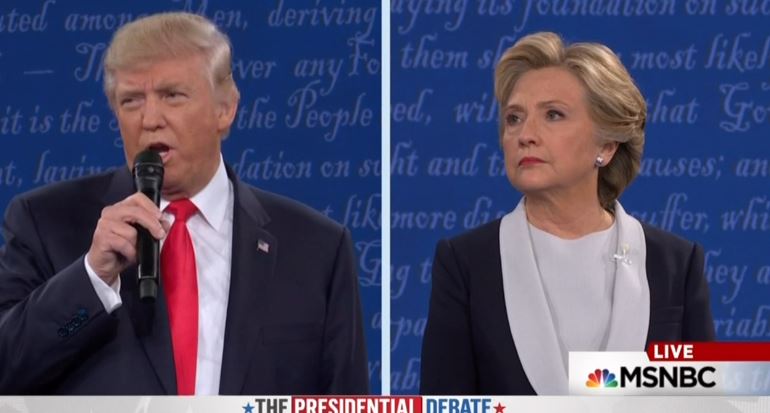 On the subject of Trump’s crude and shocking audio tape released Friday, the ABC reporter attempted to speed along the discussion:

RADDATZ: Mr. Trump, Mr. Trump —  I want to get to audience questions and online questions.

TRUMP: So, she's allowed to do that, but I'm not allowed to respond? Sounds fair.

RADDATZ: You're going to get to respond This tape is generating intense interest. In just 48 hour, it's become the single most talked about story of the entire 2016 election on Facebook with millions and millions of people discussing it on social network. As we said a moment ago, we want to bring in questions from voters around country via social media and our first on this topic, Jeff from Ohio asks on Facebook, "Trump says the campaign has changed him. When did that happen?" So, Mr. Trump, let me add to that. When you walked off that bus at age 59, were you a different man or did that behavior continue until just recently? And you have two minutes for this. 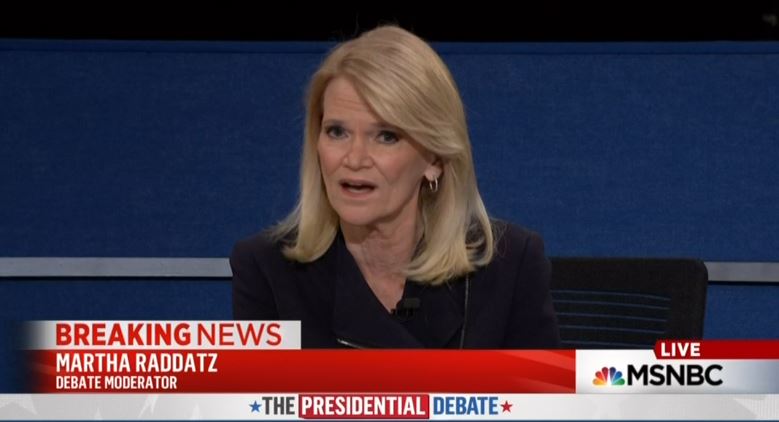 To her credit, Raddatz did bring up Clinton’s e-mails, pressing:

RADDATZ: You've said your handing of your e-mails was a mistake. You disagreed with FBI Director James Comey, calling your handling of classified material, quote “extremely careless.” The FBI said that there were 110 e-mails, eight of which were top secret and it was possible hostile actors did gain access to those e-mails. You don't call that extremely careless?

However, debate co-moderator Anderson Cooper also did such things as ask the Democrat: “Secretary Clinton, does Mr. Trump have the discipline to be a good leader?” Unsurprisingly, she said no.

Back in 2012, Raddatz famously gushed over Hillary Clinton: 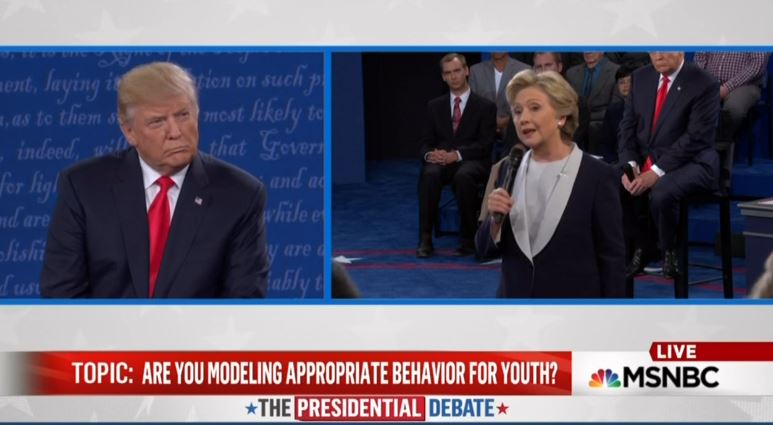 Let’s face it, Hillary is cool. Trending. From the dancing and drinking photos during her trip to Colombia, to the iconic shot of the secretary texting on her C-17. When bloggers made up a few scenarios, telling the President and Vice President to get back to work. Rejecting a friend request from Facebook's Mark Zuckerberg, Clinton weighed in with real texts. ‘Rolling on the floor laughing.’ ‘Scrunchie time.’ Ahh, the scrunchie. Those were the days when staff would cringe at Hillary's desire to pull her hair back. The days that eventually led to the glamorous First Lady, the evolving hair styles. Never the same one twice, it seemed. And then, to the buttoned-up candidate Clinton. You know, the polarizing one. But not anymore. Her latest approval rating is 65 percent. Just behind that fashion icon, Michelle Obama.
— ABC’s Martha Raddatz on Good Morning America, May 9, 2012