Networks on Trump: A ‘Dark Speech’ From a ‘Vengeful’ ‘Demagogue’

The three networks on Thursday night immediately derided Donald Trump’s “dark speech” as one coming from a “vengeful” “demagogue.” On NBC, Tom Brokaw allowed that “some” will see Trump as on a “white horse who will lead them to some kind of sanctuary and then pull the drawbridge up.” But he sneered, “Others looking in are going to see someone they will only think as a demagogue of some kind.”

Chuck Todd labeled, “I thought it was an extraordinarily dark speech.” Republican operative Nicolle Wallace lamented, “We are now represented as a party by a man who believes in protectionism, isolationism and nativism.”

Over on CBS, Evening News anchor Scott Pelley immediately dismissed, “It was a loud voice, more vengeful than hopeful. More hyperbole than details.” CBS This Morning co-host Charlie Rose huffed that the address had “little appeal to the better angels.” 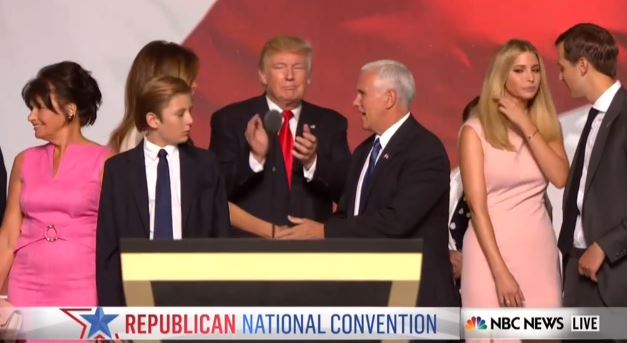 Martha Raddatz chided, “If Americans are not scared for their safety before tonight, they are tonight.” 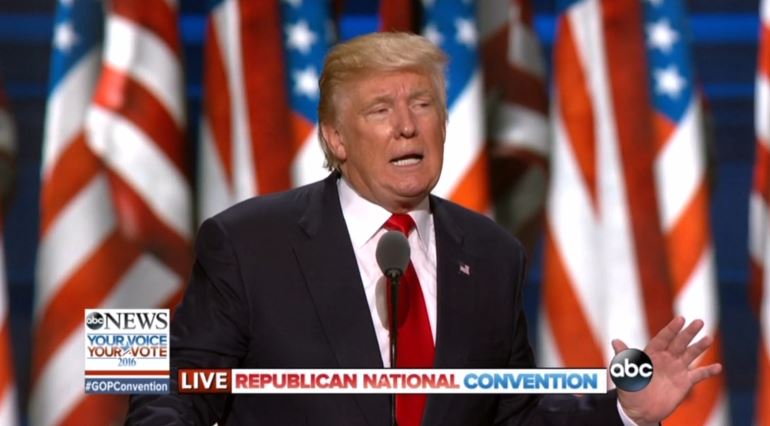 GEORGE STEPHANOPOULOS: We heard about scrapping trade agreements. We heard about stopping immigration from terrorist countries. He painted a dark picture of where America stands today.

MARTHA RADDATZ: Yeah. If Americans are not scared for their safety before tonight, they are tonight. He talked about the crime, lawlessness, economic catastrophe. He is the law and order candidate, he said.  And basically, his message is, only he can save America. And this goes right to what the majority of Americans are worried about, crime. They are worried about terrorism.
...

TERRY MORAN: A lot of red meat in the speech in that speech. And I gotta tell you, George, I think some of the crowd is a little overstuffed. It wasn’t the kind of speech that lifted up the crowd as one. It was a patchy response, and the Florida delegation where, I am, a crucial battleground state, you could almost see in the response of the people the divide of the party.  Sure, there were people who, in fact, rose up and chanted “build the wall” and all the rest. But there were other people who did not respond as much and you felt that here. It was more of a harangue, too, than a speech.

TOM BROKAW: Well, these are the themes that got him to where he is, this is on this unlikely journey but tonight it was delivered on steroids. People in this hall see him as a man on a white horse who will lead them to some kind of sanctuary and then pull the drawbridge up behind them. Others looking in are going to see someone they will only think as a demagogue of some kind. What you talked about, he kept talking back to the themes of “we're going to win, we're going to crack down on terror, crack down on law and order and Hillary Clinton, until she took office as secretary of state, the Middle East was a land of milk and honey until she raised her hand and accepted that office.” That will be a very hard sell. But obviously he has teed up who he wants to. I've been doing this a long time. I have never witnessed somebody who came from where he did got to this place used the language that he did to run for president of the United States. You cannot underestimate, however, we are playing by different rules now. Social media, his fans and social media will be all over this tonight and help promote Donald Trump.

NICOLLE WALLACE: Listening to this,  I was struck by two things I always believed during my two decades in Republican politics. One, the voters always get it right, and two, the Republican Party that I worked for for two decades died in this room tonight. We are now represented as a party by a man who believes in protectionism, isolationism and nativism.

SCOTT PELLEY: Donald Trump, in a political speech unlike anything we’ve seen. “I am voice,” Trump said. It was a loud voice, more vengeful than hopeful. More hyperbole than details. “Crime and violence will come to an end soon and I mean very soon,” he said. But it was a voice that people in the room apparently longed to hear and it was met with wild applause and standing ovations.

NORAH O’DONNELL: And his family joining him on stage as is tradition. It was a different speech, you’re right, by Donald Trump. It sort of lacked the aspirational quality of many of these speeches.  Charlie Rose is here. Charlie?

CHARLIE ROSE:  Well, we heard the list of grievances we've heard before. It was a long speech at one speed tied together by two words, law and order. And “I can fix the system. I will make it better. I am your voice. I'm the one,” with little appeal to the better angels.