With the growing speculation that Donald Trump may pick Lieutenant General Michael Flynn as his vice presidential pick, NBC’s Peter Alexander on Monday warned of the “limited amount of flexibility” Trump may have because of social conservatives. Flynn is a Democrat and a supporter of abortion. Today co-host Savannah Guthrie trumpeted this news at the top of the show: “Will [Trump] shake things up even more by putting a registered Democrat on the ticket? The surprising name being vetted.”

Trying to hold down liberal excitement, Alexander explained, “Trump may have to walk an even tighter tight rope than others with an angry revolt still simmering within the party's ranks.” The journalist continued, “Trump may only have a limited amount of flexibility as social conservatives and grassroots Republicans are demanding a choice that reinforces their positions.” 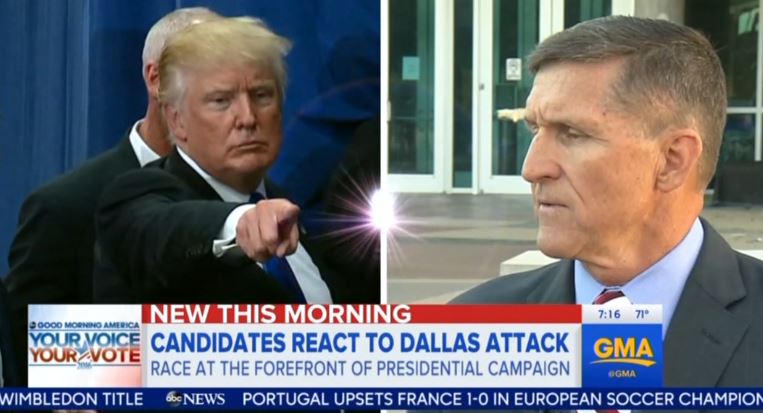 Later in the show, NBC analyst Steve Kornacki noted John McCain’s flirtation with picking Democratic Senator Joe Lieberman in 2008. Kornacki said of Trump, “The difference is Trump is such a different political figure than McCain I do wonder if he will say, ‘the heck with it. I’ll do it anyway.’”

TOM LLAMAS: But Flynn may have his own troubles gelling with Trump.

MICHAEL FLYNN: I think women have to be able to choose.

LLAMAS: He is a registered Democrat, who unlike Trump supports abortion rights.

A transcript of the first Today segment, which aired at 7:07am ET on July 11, is below: 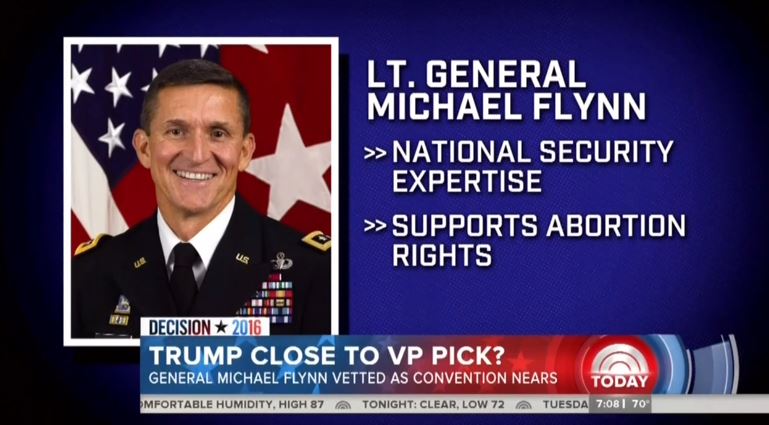 SAVANNAH GUTHRIE: Crunch time. The Republican convention exactly one week away, and trump's VP pick likely this week. Will he shake things up even more by putting a registered Democrat on the ticket. The surprising name being vetted. 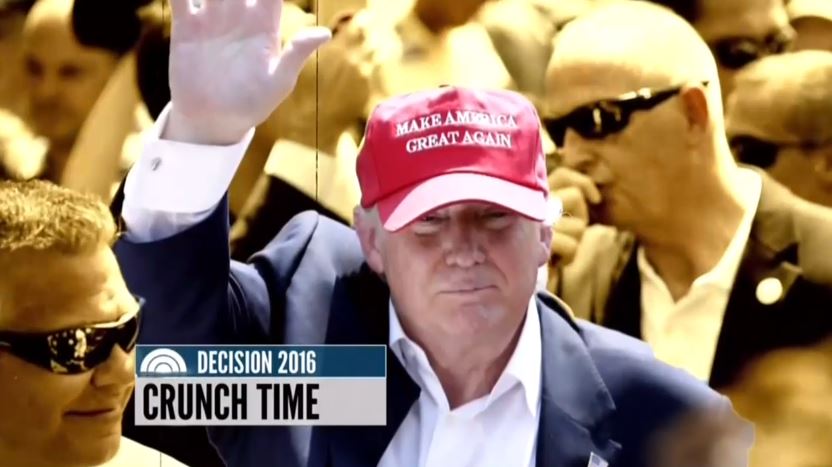 GUTHRIE: We will shift gears now to politics with the Republican National Convention beginning one week from today. Speculation is only mounting over Donald Trump's advisory presidential pick. It’s also crunch time for the city of Cleveland as they are preparing for what could be a highly contentious few days. We have got complete coverage this morning. We will start with NBC national correspondent, Peter Alexander. Peter, good morning to you.

PETER ALEXANDER: Good morning, Savannah. As he zeroes in on that VP pick, Donald Trump may have to walk an even tighter tight rope than others with an angry revolt still simmering within the party’s ranks. Trump may only have a limited amount of flexibility as social conservatives and grassroots Republicans are demanding a choice that reinforces their positions. It decision week for Donald Trump with the Republican convention in Cleveland just seven days out. Trump’s highly anticipated VP pick could come any time now. Could Trump go with another political outsider? The latest contender being vetted, retired Army Lieutenant General Michael Flynn. Flynn brings national security expertise, but also supports abortion rights, a position alarming to many Republicans.

GENERAL MICHAEL FLYNN: I think for women, and these are difficult issues, but I think women have to be able to choose.

ALEXANDER: One anti-abortion group immediately rejecting that view as unacceptable, saying Flynn’s disqualified himself from VP consideration. Further complicating matters, Flynn is a registered Democrat. Also in the running, New Jersey Governor Chris Christie, providing Trump backup at a rally today in Virginia. And Indiana Governor Mike Pence likely to join Trump outside of Indianapolis. Newt Gingrich appearing to embrace his spot high on Trump’s list. But this weekend  telling the AP if he's asked, it's not an automatic yes. Meanwhile, following the Dallas shootings, Trump's response initially more restrained and inclusive.

DONALD TRUMP: We must stand in solidarity with law enforcement.

ALEXANDER: Later attacking President Obama citing his comment that the U.S. is not as divided as some suggest. Arguing that the President is “living in a world of make believe.” Trump also blaming President Obama and Hillary Clinton for weak leadership. “We are a divided nation,” Trump writes. In Cleveland, ahead of next week’s convention, police are planning on further tightening security.

ALEXANDER: The city's chief promising enough officers are ready in case of violence. Cleveland’s police chief saying that his team will be extra vigilant. About a third of the city’s 1,700 officers will be assigned to duties related to the convention there. Federal agencies and some out of town forces, many of them from across the state of Ohio will help secure the convention's perimeter now exactly one week away.