'50 Shades of Grey' Director Not the Person to Make a Ted Kennedy Movie? 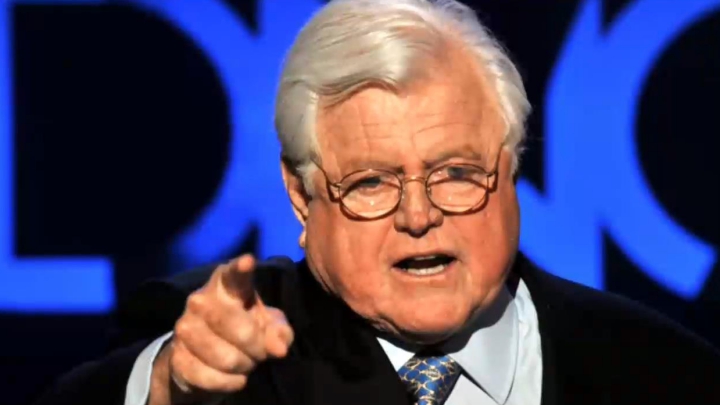 Yes, you read that right. The director of the steamy 50 Shades of Grey, Sam Taylor-Johnson, has departed the Ted Kennedy film Chappaquiddick. Apparently, she's not the person to make a movie on Kennedy. Taylor-Johnson will be replaced by filmmaker John Curran. According to Deadline Hollywood, producer Mark Ciardi said of Jason Clarke, who will be playing Ted Kennedy: “Clarke is the perfect choice to take on the complexities of this role.”

The Deadline article explained: “The ripped-from-the-headlines project is about the tragic car accident that took the life of Mary Jo Kopechne when Senator Ted Kennedy was at the wheel in the summer of 1969. After driving off a bridge, the young Kennedy panicked and left the scene of the accident, leaving the 28 year-old Kopechne to drown. Kennedy went home but didn’t report the accident for nine hours.”

In December, this same producer put the focus on Kennedy and not Kopechne (who drowned), by saying, “You'll see what [Kennedy] had to go through.”

Kennedy’s role in her death has been famously minimized. In 2003, Boston Globe writer Charles Pierce had the audacity to insist: “If she had lived, Mary Jo Kopechne would be 62 years old. Through his tireless work as a legislator, Edward Kennedy would have brought comfort to her in her old age.”

In 1989, NBC marked the 40th anniversary of Chappaquiddick with a gooey story on how Kennedy was “king of the hill.”

Will Chappaquiddick the movie do the same?