Hunger Games star Wes Bentley lashed out at Arkansas, Monday, deriding the “bigotry” and "hate" coming out of his home state after the governor signed a religious freedom law earlier this year. Appearing on Larry King Now, the star of such “classics” as Ghost Rider spewed, “It's a shame that I have to feel embarrassed to say I'm from Arkansas now because something so full of hate is coming from the place of my home.”

King introduced the subject by saying the bill was designed to “target LGBT.” “How did you feel about that,” he added. (Larry King Now airs on Hulu and RT America.)

A transcript of the exchange: 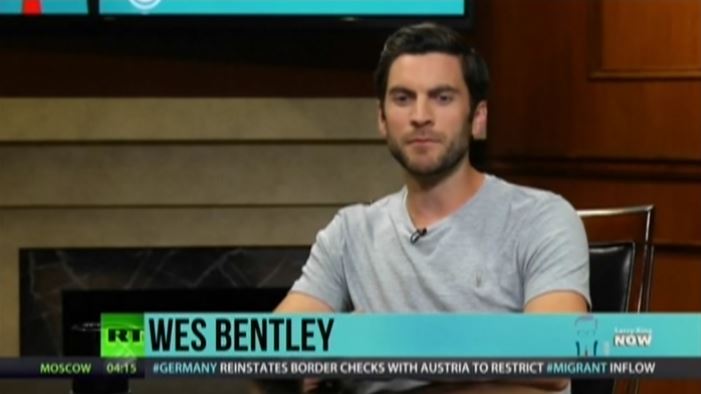 LARRY KING: In April, the governor of your state, Arkansas, your home state, signed the religious freedom bill. The attempt was to target LGBT. How did you feel about that?

WES BENTLEY: Um — Look, I’m already getting emotional about it. It’s excruciating – excruciatingly disappointing to feel that where I’m from, you know, it’s a state that’s gone through a lot, racially, historically, historically been on the wrong side on a lot of issues. Although we celebrate the Central High School integration, it was actually an ugly mark on the state. 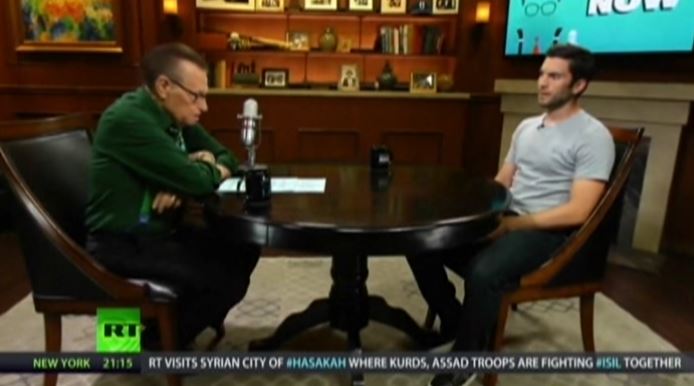 BENTLEY: It felt like there was progression made for a long time with a more moderate stance. Bill Clinton. The state kept flipping between Democrat and Republican. It seemed to have a balance to it. I’ve been away for 20 years, so it’s hard for me to fully participate as an Arkansan and say what’s going on there, exactly, politically. But, just looking at it from the outside, it’s a shame that I have to feel embarrassed to say I’m from Arkansas now because something so full of hate is coming from the place of my home.