ABC announced on Monday that weatherman and global warming alarmist Sam Champion will be leaving the network for the Weather Channel. Champion has developed a long history of the most hyperbolic predictions about climate change. Additionally, the ABC personality has promoted bizarre environmentalists such as No Impact Man, an activist who shunned toilet paper.

On February 8, 2008, Champion ridiculously asked Good Morning America viewers, "Could global warming one day force us into space to live?" On June 25, 2007, the weatherman promoted Colin Beavan, the anti-toilet paper No Impact Man. When his ABC colleagues expressed skepticism, Champion reassured Chris Cuomo that the host could keep "your toilet paper," but didn't mention the rest of the country. Here are the top five most obnoxious examples of Sam Champion's environmental extremism:

DAVE CHAMEIDES: I made a decision that for one year, I would not throw anything away. And instead, I would keep everything in the basement.

CHAMPION: The basement is ground zero for Dave's stash of trash. But, a whole year's garbage in the basement? I had to see it myself.

CHAMEIDES: This is an in-home worm composting bin. All of my food scraps and paper and things like that go in here and the worms eat 'em up.

CHAMPION: The worms are not for the squeamish. But they do the trick, eating a couple of pounds of paper a month. Plus, all of Dave's food leftovers. After the one-year experiment, Dave racked up about 30 pounds of trash, not counting the recyclables, accumulating in one year, what the average American would produce in just a week. I think I'm catching on to this, Dave. And that is that you don't keep a lot of waste if you don't generate a lot of waste.

4. News Challenging Global Warming "Not Reportable as Such."

According to a tweet by Sam Champion, the ClimateGate scandal of 2009 was "controversial" and thus "not reportable as such. Isn't "controversial" new information the very definition of global warming?

3. Save the Planet: Boycott Toilet Paper!

CHAMPION: And, and this experiment. Could an American family live for a year without making an impact on the environment? Could it happen? One man, No Impact Man, we call him. His experiment. He's half way through it. We'll talk to him.

CHRIS CUOMO: Well, this is the guy who says, ‘I don't use toilet paper because it's bad for the environment?' 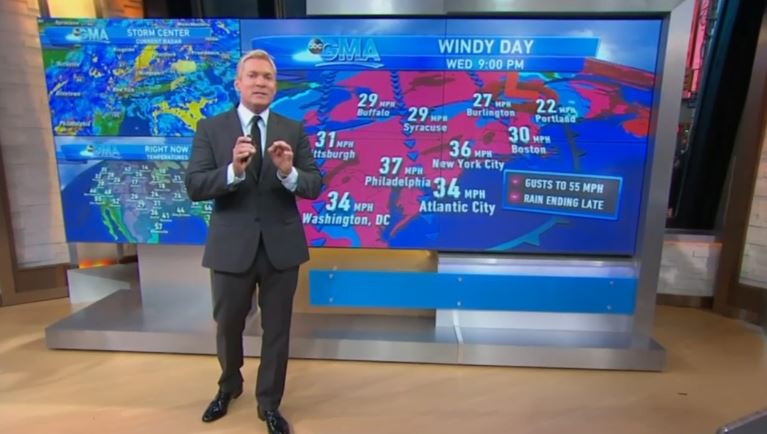 CHAMPION: This is the guy. It started a big headline. It's just a small part of it. But, you know, they wanted to take it to the extreme. So, it's an experiment.

JUJU CHANG: It's a noble experiment.

2. "Will Billions Die from Global Warming?" 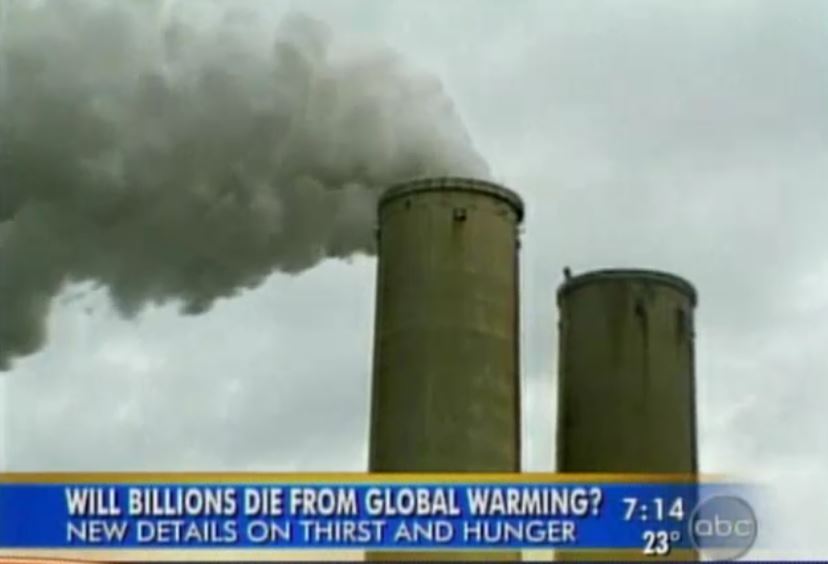 CHAMPION: That's what's in this report and why everyone is trying to jump this report that officially comes out Friday, Robin. There are big, new headlines and some of them are coming out of Australia in media reports. Now, they say that those scientists in Paris will estimate that between 1.1 and 3.2 billion people will suffer from water shortage problems by 2080. That's not your grandchildren, that's your children. And between 200 million and 600 million more people will be going hungry.