Even though it's August of 2013, Hillary Clinton's possible 2016 presidential bid has already been heavily hyped by journalists. Yet, it seems that these same reporters aren't interested in exploring aspects of Clinton's job as Secretary of State. One such comment not getting attention is her 2011 labeling of Bashar al-Assad, the man almost certainly behind a devastating chemical weapons attack, as a "reformer." Between 500 and 1000 people are dead after last week's gassing.

On the March 27, 2011, Clinton insisted, "There’s a different leader in Syria now. Many of the members of Congress of both parties who have gone to Syria in recent months have said they believe he’s a reformer." (The Washington Post gave this remark three Pinocchios. Clinton later backtracked.) Yet, ABC, NBC and CBS have not reexamined the comments in the wake of the attack or its accuracy. 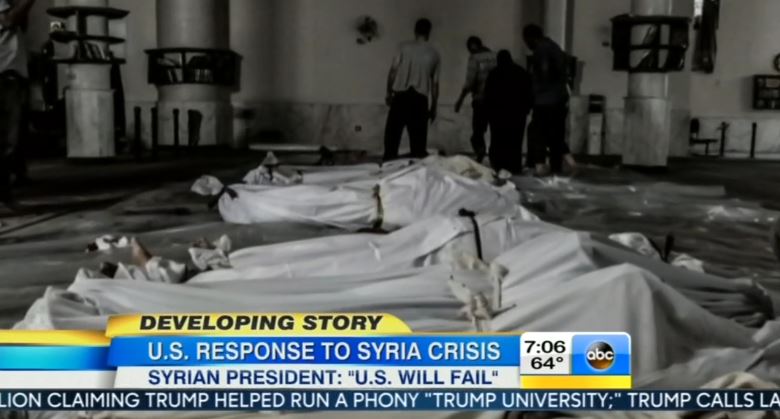 Hillary Clinton is known for making provocative statements, but few have generated such a firestorm as her comment last week that the president of Syria, Bashar al-Assad, may be a reformer. She made her remarks after "Face the Nation" host Bob Schieffer noted that Assad’s late father had killed 25,000 people during an uprising against his regime. Clinton responded by noting that the son was now in power and he was a "different leader."

Lawmakers and columnists quickly condemned her remarks. So two days later Clinton tried to deflect the criticism by telling reporters she was only referencing "the opinions" of lawmakers who had met with Assad and that she was not speaking for the administration. But then she added: "We’re also going to continue to urge that the promise of reform, which has been made over and over again and which you reported on just a few months ago – I’m a reformer, I’m going to reform, and I’ve talked to members of Congress and others about that, that we hear from the highest levels of leadership in Syria – will actually be turned into reality."

In fact, Clinton’s remarks gave a highly misleading impression — that there was general consensus by experts on Syria in both parties that Assad was a reformer, even though Clinton’s own State Department reports label him otherwise. 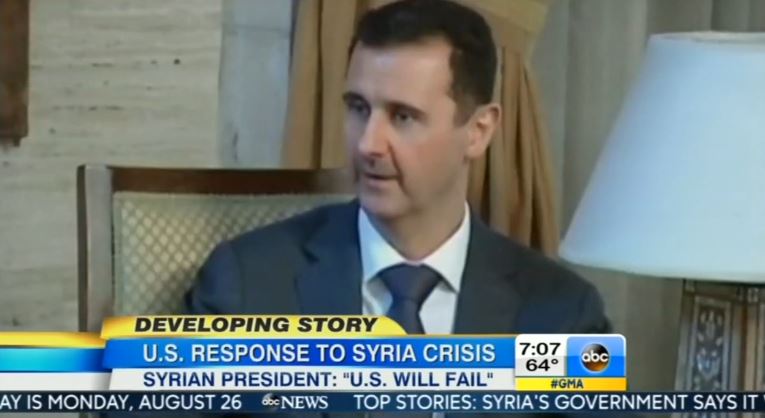 On November 18, 2011, then-ABC correspondent Jake Tapper pushed Clinton on her "reformer" comment: "You at one point seemed to have optimism that Assad was a reformer." Clinton appeared to concede her original implication, allowing, "We had hoped so. We heard what Assad said about what he wanted to do for reform. But when it came to it, he responded as we have seen, very violently."

ABC dismissed the complaints of the "rattled" Republican Party for objecting to a planned 2016 miniseries, among other coverage for the election three years and three months away. Yet, the network has failed to revisit the "reformer" remark.

In 2007, Nancy Pelosi, over strong objections from the State Department, visited Syria, and said, "The road to Damascus is a road to peace." Senator John Kerry predicted that "Syria will change as it embraces a legitimate relationship with the United States."

A WikiLeaks document revealed that Kerry told the emir of Qatar in November 2010 that Assad is a man who "wants to change" and that Israel should cede the Golan Heights to the Syrians "at some point."

Hillary Clinton is the former Secretary of State and a possible 2016 Democratic presidential candidate. Nancy Pelosi is a powerful member of Congress. John Kerry, the current Secretary of State, has praised Assad as a "man who wants to change."

In covering the horrific chemical weapons attack, as well as how the U.S. should proceed in the future, it would be nice if journalists could focus on how Clinton and other administration officials have previously viewed the situation.