It may be 2013, but the race for the White House in 2016 is already heating up. The eventual Republican nominee will have to deal with the liberal media assisting the Democratic candidate in the presidential debates. In his 2011 book Tension City, journalist Jim Lehrer recounts several examples of that happening from 1960 through 2008.

Talking to Lehrer, George H.W. Bush recited his experience in the 1984 vice presidential debate. That year, Bush faced the first female vice presidential candidate, Geraldine Ferraro. The Republican recalled, "I think a lot of the females in the press corps said this was one of us [Ferraro]. You could hear them clapping [in the] room behind." Lehrer recoiled, "Press people were applauding?" 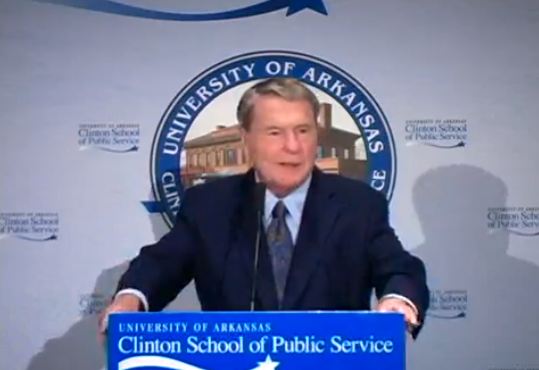 In 1988, journalist Bernard Shaw of CNN famously asked Michael Dukakis a tough question: Would he favor the death penalty if his wife, Kitty, were raped and murdered?

Lehrer exposed that Shaw's fellow journalists hated the question and did everything they could to keep it out of the debate:

Still angry over it, Shaw explained, "I've never confronted any of the three panelists. But I was outraged at the time that a journalist would try to talk a fellow journalist out of asking a question. I think you can tell I am still doing a burn over it. I just wouldn't think of doing that."

In the book, the two reporters admitted how they intervened for the Democrat :

Mitchell recalled, "It was the women against Bernie The use of the words 'rape' and 'murder'...It all came together and affected the woman differently than it did the one man."

After the meeting, they went to the debate site, Pauley Pavilion, for a technical walk-through. "As we came into the green-room afterwards, Andrea came back at the question again. 'Bernie, would you at least consider taking her name out of the question making it less personal– someone you knew?' And he was adamant. 'No.'" 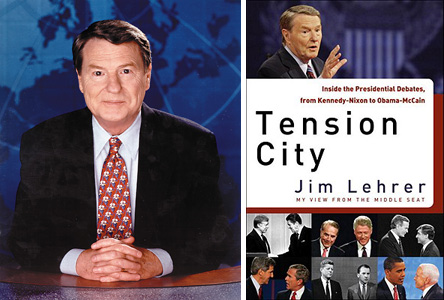 The outrage by the liberal journalists went so far as to possibly leak Shaw's question:

On a flight from Los Angeles to Washington the morning after the Dukakis-Bush debate, [Shaw] sat next to Hal Bruno, who had been a panelist in the 1976 vice presidential debate when he was with Newsweek. Now he was ABC's political director and, as such, a colleague of Ann Compton's.

"Hal tells me that he knew the question I was going to ask Dukakis. When my ears heard those words my stomach just tightened. My stomach did a double fist. He indicated they had discussed it within the political unit."

Compton denied leaking the question, but Bruno indicated that she had talked about it.

In 1988, Lehrer revealed that the late Peter Jennings wanted to sandbag the presidential debate and change the rules at the last minute:

[Peter] Jennings, anchor of ABC's World News Tonight, had an act of provocation on his mind.

He urged the four of us to forget the rules that had been agreed upon between the candidates and the Commission on Presidential Debates. We should publicly– in front of the whole world– invite Bush and Dukakis to take on each other directly with no limits on questions, answers, or anything else.

I said we couldn't do that. We had given our word to follow the rules of the debates. Not to do so, Insisted in my most righteous tone, would be dishonorable, among other things.

As Candy Crowley proved, journalists continued to assist Democrats in 2012. The 2016 election should bring more of the same.