The network morning shows on Friday slammed conservative actor Clint Eastwood's "bizarre," "rambling" endorsement of Mitt Romney at the Republican National Convention. Good Morning America, CBS This Morning and NBC's Today dissected the speech in 11 out of 12 segments about the convention.

GMA guest host Amy Robach mocked, "The good, the bad and the ugly." She hyperbolically added, "Did Clint Eastwood derail Romney's big night with a bizarre warm up speech?"  CBS This Morning co-anchor Norah O'Donnell spit out a similar critique: "It was the 'no good, the bad and the ugly.'" CBS obsessed over Eastwood the most, in five out of five segments on the GOP's convention. [See video below. MP3 audio here.]

Reporter Jan Crawford insisted that Mitt Romney and Marco Rubio were "nearly upstaged by an American icon with an endorsement in a bizarre monologue...The reviews overnight were harsh."

In an earlier segment, O'Donnell repeatedly asked Ann Romney about the movie star's "rambling" performance, pressing, "...The Clint Eastwood thing was a distraction? Was it a mistake?" 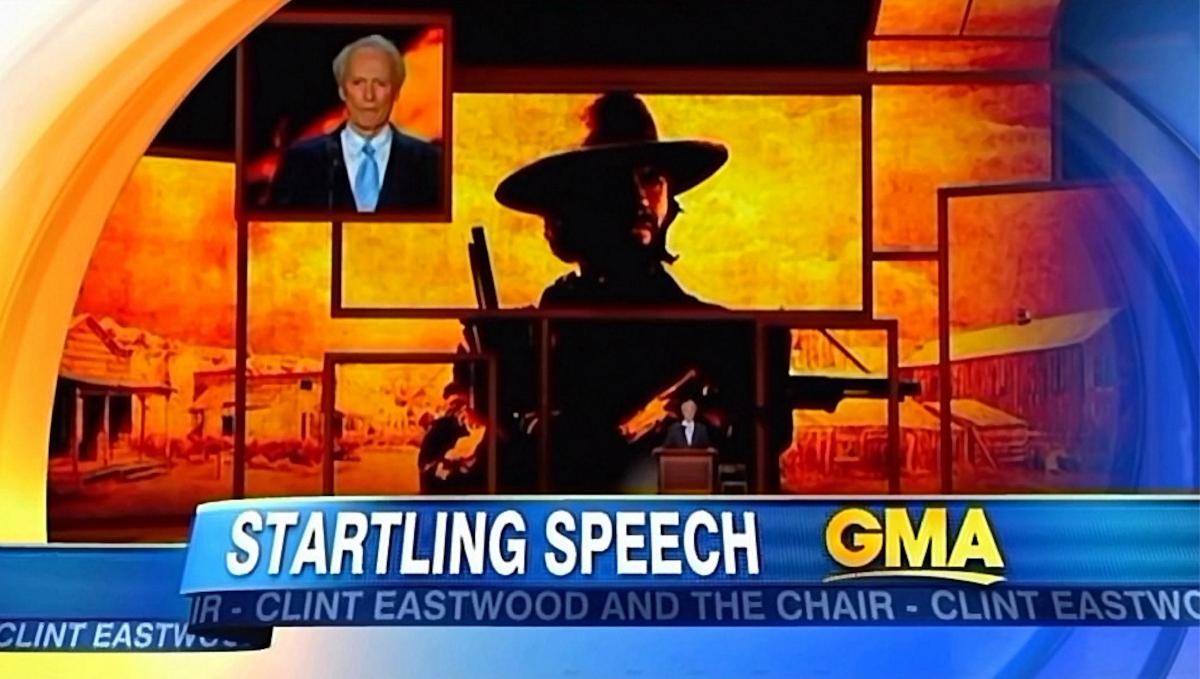 This Morning journalist John Dickerson seemed to make an age joke about the 82-year-old actor/director: "The mystery guest seemed to be a mystery to himself for periods of his speech there."

Over on the Today show, a NBC graphic offered the same tired line, mocking, "The Good the Bad, and the Awkward; Eastwood's RNC Speech Goes Viral." In a news brief, Tamron Hall included a clip of Andrea Mitchell deriding, "This was exceedingly strange."

A partial transcript of one of the CBS This Morning segments can be found below:

NORAH O'DONNELL: Now John, I'm dying to get your take on the mystery guest that was teased all week long at the convention. Then we learned, of course, it was Clint Eastwood. Who had this to say about the president.

CLINT EASTWOOD: I've got Mr. Obama sitting here and I was just going to ask him a couple questions. What do you want me to tell Romney? I can't tell him to do that. Can't do that to himself. You're crazy. You're absolutely crazy. You're getting as bad as Biden. Of course, we all know Biden -- Biden is the intellect of the Democratic party. I'll start it. You finish it. Go ahead --

O'DONNELL: John, this was a rambling talk in the midst of a heavily scripted convention. He was scheduled to go just five minutes. I was there, I saw the red light blinking for another seven, eight maybe minutes, like get off stage. He just kept going on and on. Did it affect the night? Did it effect Mitt Romney's message? 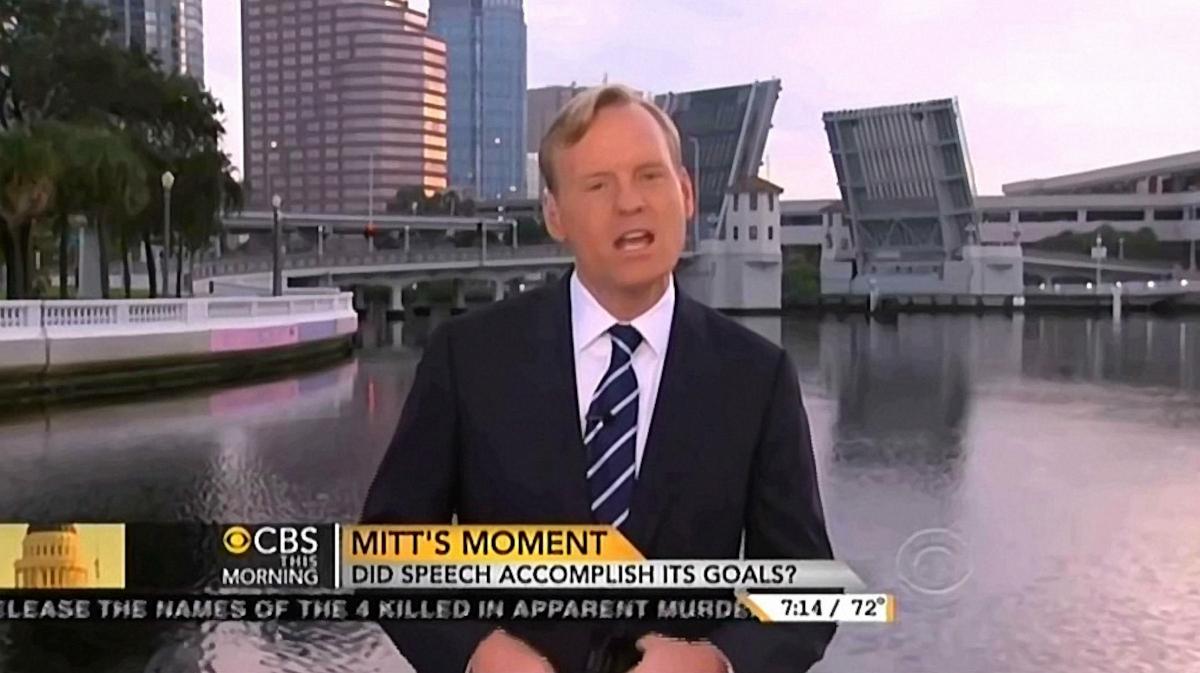 JOHN DICKERSON: Well, yeah. The mystery guest seemed to be a mystery to himself for periods of his speech there. I think it was a great diversion and I think it certainly did know them off message for a minute -- I think it kind of goes away, and lives in history as an odd moment. But I don't think it changes the trajectory of the campaign.

O'DONNELL: It was the 'no good, the bad and the ugly'. John Dickerson, thanks so much.