Over eight hours of broadcast time, Thursday, the network morning shows devoted a scant two minutes and 57 seconds to Wednesday's shooting at the conservative Family Research Council (FRC). Good Morning America on ABC offered the most time, a still tiny two minutes and 22 seconds. But at least guest anchor Josh Elliott revealed key details about the alleged shooter's possible motive, such as the fact that Floyd Corkins "was a volunteer at a local LGBT [lesbian, gay, bisexual, transgender] center." CBS This Morning totally skipped the story.

ABC reporter Pierre Thomas added, "Sources say [Corkins] had items from fast food giant Chick-fil-A in his bag, but it was unclear whether Wednesday's incident had any ties to the recent controversy on gay marriage." Thomas then gratuitously noted, "The company's owner recently set off a political firestorm, suggesting he opposed gay marriage." (CEO Dan Cathy created a "firestorm" by simply giving his opinion on an issue? Wouldn't it be fair to say that liberal groups whipped up the anger?) 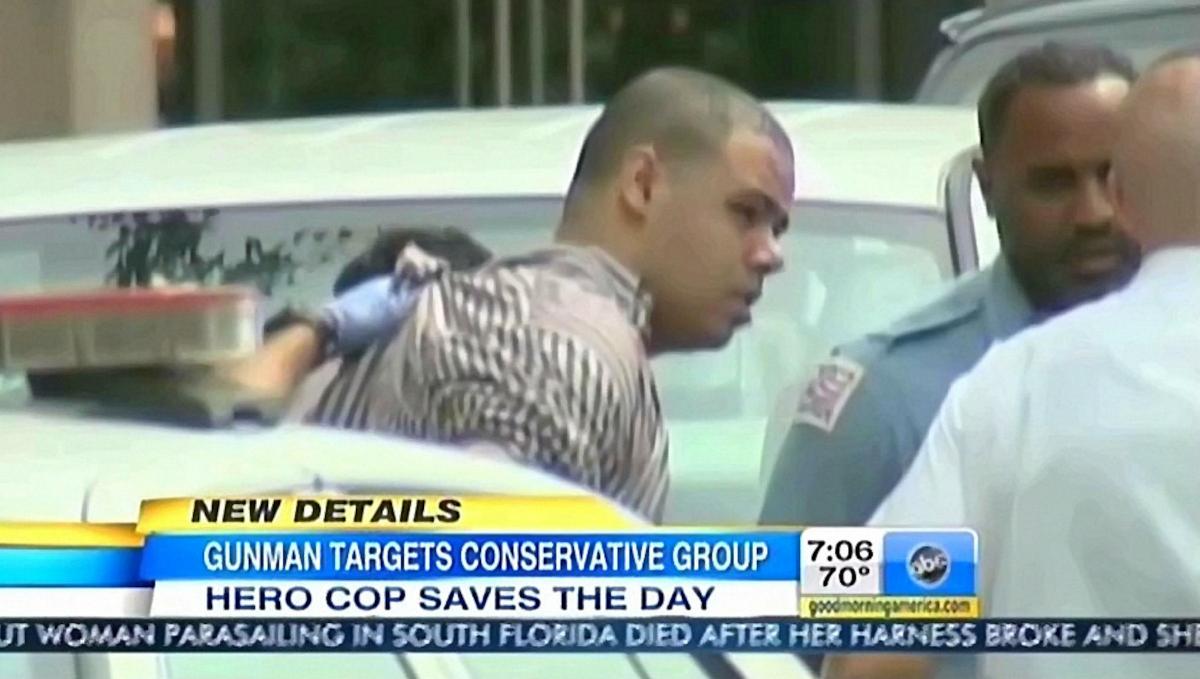 The total amount of network time devoted to the story, thus far, is six minutes and four seconds.

NBC's Today allowed 35 seconds in a program that has a total run time of four hours.
The Today show offered two news briefs from guest news anchor Tamron Hall. She only recounted the barest of details: "Officials are seeking a motive at a shooting, Wednesday, in the Washington headquarters of the Family Research Council. That's a conservative lobbying group."

Hall did not mention the possible Chick-fil-A connection or the fact that Corkins had volunteered at a LGBT charity and was apparently angry with the FRC's opposition to gay marriage.

A transcript of the August 16 Good Morning America segment, which aired at 7:05am EDT, follows:

JOSH ELLIOTT: Now, to new details in that shooting in the lobby of a powerful conservative group in Washington, D.C. ABC News has confirmed the alleged gunman, Floyd Corkins, was a volunteer at a local LGBT center. Police now looking into whether the targeted group's opposition to same-sex marriage played a role and whether the recent controversy over Chick-fil-A could have, in fact, set him off. ABC's Pierre Thomas joins us now from Washington with the very latest here. Good morning to you, Pierre. 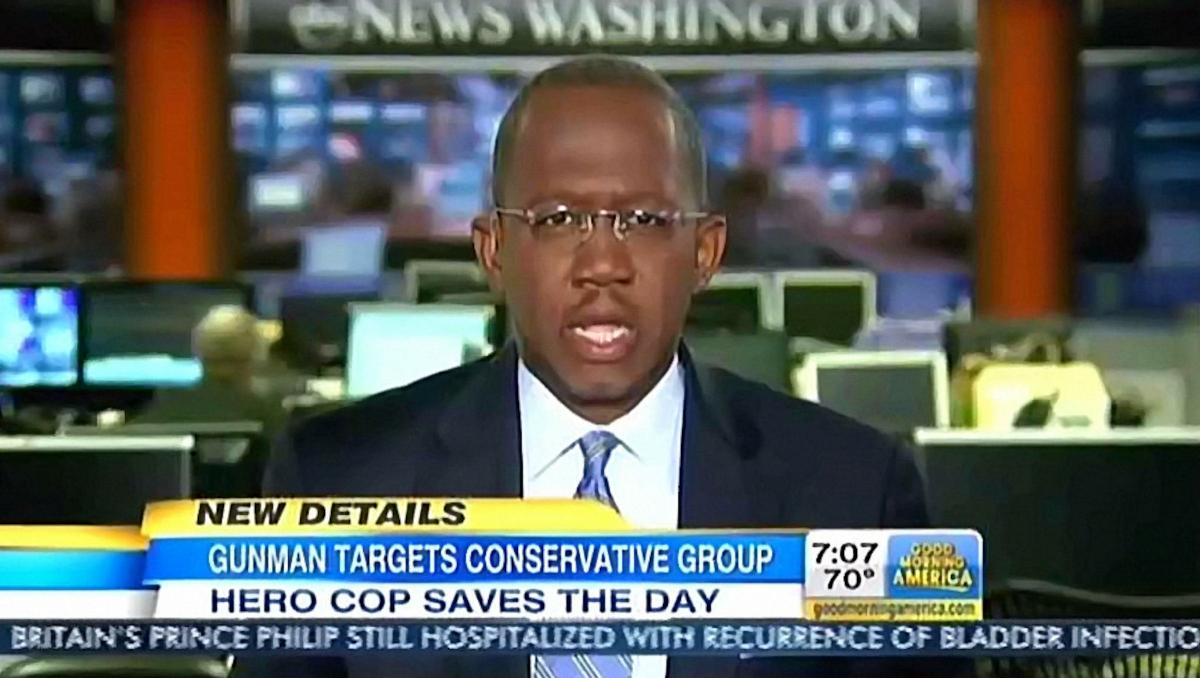 PIERRE THOMAS: Good morning, Josh. Today, the FBI and police are breathing a sigh of relief after a potential mass shooting was stopped, thanks to a heroic security guard. Overnight, the  police and the FBI swarmed the suburban Virginia home of Floyd Corkins. Authorities suspect Corkins, 28, seen here moments after he was arrested, was about to unleash a deadly barrage of gunfire. His target, the headquarters of one of the nation's best-known conservative groups on social issues, the Family Research Council. Ten forty five Wednesday morning, the suspect walked into the lobby and was confronted by a security guard as he yelled something suggesting he was at odd's with the Council's policy. Sources tell ABC News the man pulled out a nine millimeter handgun, firing a shot and wounding the guard in the arm before being wrestled to the ground. The security guard seen here taken to the hospital, was somehow able to subdue the suspect, despite being wounded.

CHIEF CATHY LANIER (District of Columbia Police Dept.): The security officer here is a hero, as far as I'm concerned.

THOMAS: There's mounting evidence this morning that Corkins was angry at the policies of the Family Research Council, which promotes Christian, conservative values on issues like abortion and gay rights. ABC News has learned that Corkins had recently worked as a volunteer at a community center for gay, lesbian and transgendered people. Sources say he had items from fast food giant Chick-fil-A in his bag, but it was unclear whether Wednesday's incident had any ties to the recent controversy on gay marriage. The company's owner recently set off a political firestorm, suggesting he opposed gay marriage. The Family Research Council supported that stand. The incident drew attention from the nation's highest levels, with President Obama and Republican candidate Mitt Romney both condemning the violence and expressing concern for the wounded security guard. This morning, that hero security guard is in stable condition, apparently doing well, Josh.

ELLIOTT: That is good news, indeed. Pierre Thomas in Washington.