All three evening newscasts on Wednesday continued to ignore a super PAC ad by top Obama supporters that accuses Mitt Romney of, essentially, killing a woman. At the same time, CBS and NBC amplified the Obama administration's "war on women" talking point, playing up attacks from Sandra Fluke, who previously tangled with Rush Limbaugh over contraception. [See video below. MP3 audio here.]

NBC and CBS uncritically parroted a vicious new campaign quote from the President: "They [Republicans] want to take us back to the policies more suited to the 1950s than the 21st century." NBC's Andrea Mitchell cheered, "Playing a starring role for the first time in the campaign, Sandra Fluke, the former law student who became a lightning rod after Rush Limbaugh denounced her for supporting contraception rights."

CBS's Jan Crawford promoted, "The President sought to bolster his eight point lead among Colorado women today by campaigning with Sandra Fluke, the Georgetown University law student who was disparaged by conservative commentator Rush Limbaugh earlier this year after she testified in favor of contraceptive coverage."

While skipping Obama's misleading ad, which falsely accuses the GOP presumptive nominee of contributing to a woman's death after closing down a steel plant and putting her husband out of work, the CBS Evening News and ABC's World News both touted the Democrat's defense against Romney's charges that the President is weakening welfare reform. 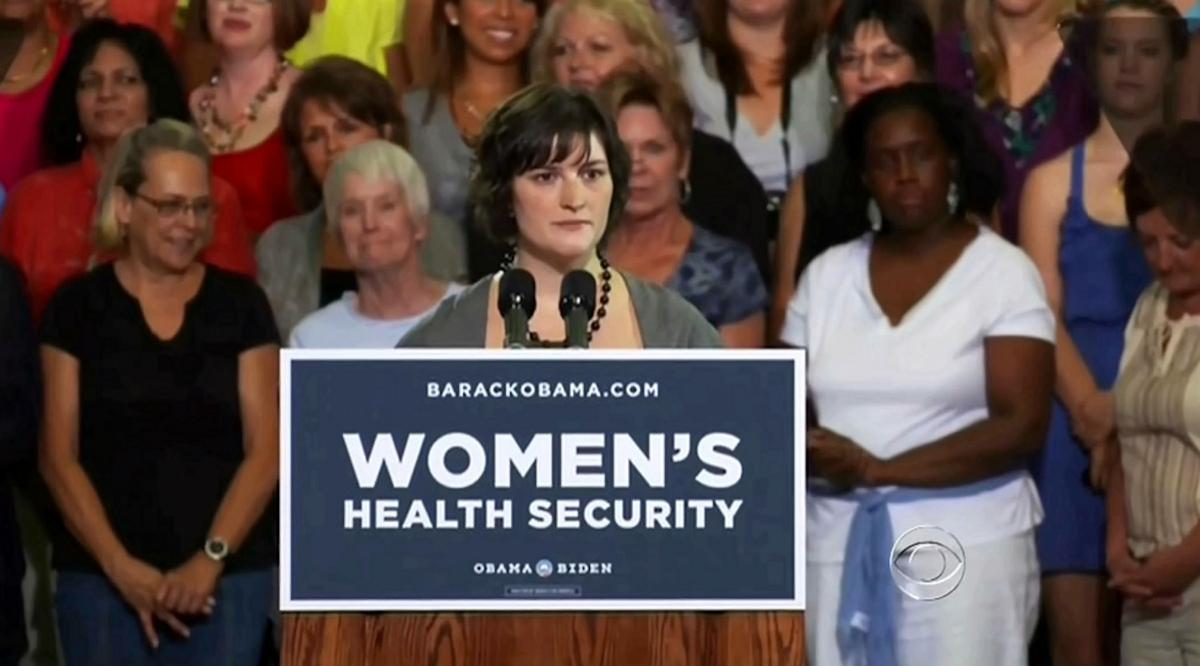 Guest Evening News anchor Bob Schieffer skeptically insisted that Romney has "tried to make an issue over a recent and little-noticed change that the administration made in the 1996 Welfare Reform Act."

The Obama administration, without consulting Congress, eliminated federal work-related requirements to receive welfare. In a new commercial, Romney insisted that this will, ultimately, expand the number of people on welfare, a charge Crawford deemed "explosive."

Crawford did include a defense of Romney by Newt Gingrich, but she also made sure to point out that the White House has denounced the spot as "categorically false and blatantly dishonest."

On World News, Jon Karl also sprang to Obama's defense, deriding, "The ad makes the questionable claim that President Obama is undermining the welfare reform law signed by Bill Clinton, something Clinton himself says is not true."

NBC's Nightly News didn't specificially address the welfare commercial. Instead, Mitchell focused on the war on women angle. Explaining that Obama was in Colorado, she highlighted, "...The President was surrounded by his most reliable support group - women voters - and taking direct aim at Mitt Romney."

For more on how Nightly News covered this, go here.

A partial transcript of the CBS Evening News segment, which aired at 6:31pm EDT on August 8, follows:

NANCY CORDES: The President sought to bolster his eight point lead among Colorado women today by campaigning with Sandra Fluke, the Georgetown university law student who was disparaged by conservative commentator Rush Limbaugh earlier this year after she testified in favor of contraceptive coverage.

RUSH LIMBAUGH: It makes her a slut, right?

CORDES: At the time, the President called Fluke to offer his support.

SANDRA FLUKE: But, you know, Mr. Romney could only say that those weren't the words he would have chosen. Well, Mr. Romney, you're not going to be the candidate we choose.

CORDES: Voters in all three states we polled were more likely to say that Mr. Obama's economic plans would hurt them than help them. They were slightly more positive, Bob, about Mr. Romney's economic plans.

SCHIEFFER: You know, Nancy, the undecided is down to a very small number of voters but what-  How strong is the support for these two candidates?

CORDES: Well, we asked voters in our poll how strongly they supported their chosen candidate and here's what we found: Voters who said they favored Mr. Obama were more likely to say that they strongly favored him while voters who said they favored Mr. Romney were more likely than supporters of Mr. Obama's to say they were motivated by dislike of the other candidate. 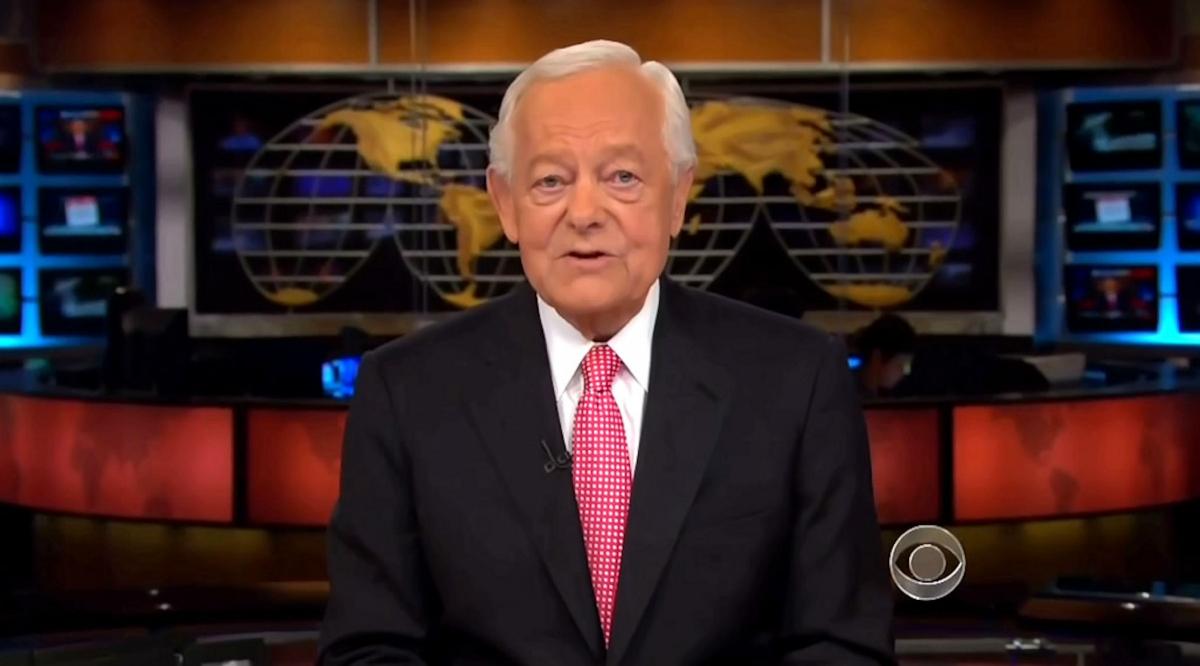 SCHIEFFER: Very interesting. Thank you very much, Nancy. On the campaign trail today Romney tried to make an issue over a recent and little-noticed change that the administration made in the 1996 Welfare Reform Act. Jan Crawford has more on that now. Jan?

JAN CRAWFORD: Well, Bob, Governor Romney is trying to use this welfare issue to paint the President as out of touch.

MITT ROMNEY: With a very careful executive action, he removed the requirement of work from welfare.

CRAWFORD: It's a message Romney is also taking to the airwaves in a new television ad in key swing states.

CRAWFORD: Here's the issue: The 1996 law requires that a certain percentage of state welfare recipients be engaged in work or specific work activities, such as education or job training. Without consulting Congress, the administration last month said it could wave that requirement in the law if states can show they have their own programs to effectively increase employment. Romney insists that change will ultimately expand welfare, an explosive charge that's intended to resonate with independent and middle-class voters who may decide the election in swing states like Colorado, Wisconsin, and Virginia. The reaction from the White House was swift, calling Romney's ad "categorically false and blatantly dishonest." It said the change doesn't end welfare-to-work requirements but instead gives states more flexibility to cut their welfare rolls. President Clinton, who negotiated the 1996 law with then-House Speaker Newt Gingrich, said in a statement that Romney's accusations were disappointing. But in a conference call today with reporters, Gingrich fired back, defending Romney and calling the change to the law outrageous. Romney's message on welfare reform is part of a broader theme his campaign will be hitting hard, arguing that President Obama is a big spending liberal who is changing America by making more people depend on government to take care of them while hardworking taxpayers foot the bill. Now, the White House is also arguing that Romney and other Republican governors tried to get similar waivers to the welfare law back in 2005. But, Bob, Romney's campaign says those waivers were totally different. They were intended to make the work requirements stronger.