You might have heard — the liberal media think GOP objections to tomorrow’s congressional certification of last month’s Electoral College vote are tantamount to a coup d’etat. “This week, we’re going to be able to measure exactly how many Republicans in Congress still believe in democracy,” CNN’s John Avlon hyperbolically proclaimed on Monday’s New Day. 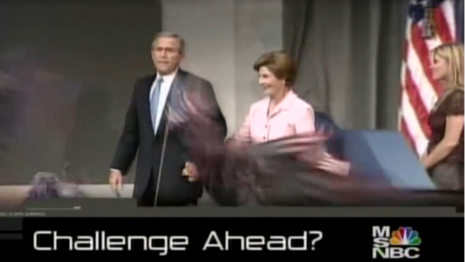 But Democrats in Congress have protested every Republican presidential election for the past 20 years, without the media accusing them of attacking democracy itself.

The list of futile protests includes 2004, when incumbent President George W. Bush won by more than three million votes. That year, the conspiracy theorists — including some in the news media — zeroed in on Ohio, which Bush won by nearly 120,000 votes. While Bush won by tighter margins in New Mexico and Iowa, Democrats needed to flip Ohio’s 20 electoral votes if they were to change the outcome.

Yet when California Senator Barbara Boxer joined with Ohio Representative Stephanie Tubbs-Jones to object to the certification of Ohio’s electors — as some Republicans pledge to do on Wednesday — the media treated the exercise as a reasonable and valid effort to shine light on claimed “irregularities.”

During daytime coverage on January 6, 2005, CNN anchor Kyra Phillips hoped the “protest” would “bring attention to the problem of our system when it comes to voting here in the United States.”

Later in the afternoon, CNN congressional correspondent Joe Johns pointed out that Democratic Senators felt “ashamed” they hadn’t been more aggressive in quixotically challenging the Bush v. Gore results in 2000: “Four years ago, there were a number of House members, particularly members of the Congressional Black Caucus, who wanted someone on the Senate side to raise the objection so this issue could be debated. And they were not able to find a single senator to do that....All of this, of course, came out in the movie Fahrenheit 9/11, and that is something now some senators suggest they may have been a little bit ashamed of, seeing themselves on the big screen and not doing anything.” 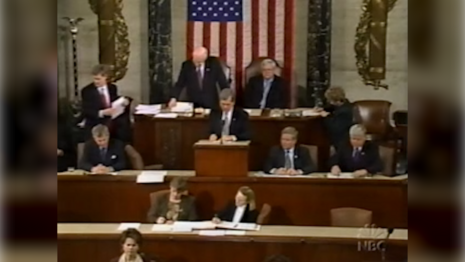 On that evening’s NBC Nightly News, correspondent Chip Reid respectfully outlined the liberal justification: “The objectors cited irregularities in Ohio from alleged intimidation of minority voters to too few voting machines....So many voters were disenfranchised, they said, that the Ohio vote and the result of the presidential election are still in doubt.”

Over on ABC’s World News Tonight, anchor Peter Jennings had no harsh words for those who voted against accepting Ohio’s slate of electors: “The Democrats knew that it was a pretty ceremonial objection, but regarded it as important.”

MSNBC’s Keith Olbermann, who since early November had relentlessly hyped (and hyped, and hyped) the idea that Republican mischief had stolen the election from Democrat John Kerry, scoffed at the idea that the objection was any kind of a threat: “If this was not going to change the outcome, and it took less than three hours, why did both sides treat this like political dynamite?”

Olbermann’s guest, political analyst Craig Crawford, predictably agreed that the objection was really an “opportunity... for a bipartisan look at these problems.”

Crawford charged: “We have got an electoral system out there that doesn’t work. I told you once before, we spend more on prison food in this country than elections.”

Olbermann ended the interview on a weirdly prophetic note: “Yes. Well, we also only have the one Constitution and the reminder that today’s protester is the one who gets protested against 10 years from now, 20 years from now, whenever.”

Actually, it’s 16 years later, and now many of the same Democrats who have always objected to the routine certification of a Republican president’s election are now going to have to spend a few hours listening to Republican objections.

Only this time, the media that were so indulgent of the Democrats’ protests are showing no patience now that the shoe is on the other foot.