FLASHBACK: When the Media Cast Doubt on an Election Outcome 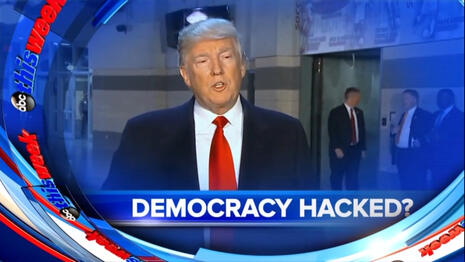 On Sunday, November 8, barely 24 hours after media outlets declared Joe Biden the winner of the 2020 presidential election, CNN weekend anchor Ana Cabrera was already impatient. “The Trump campaign says starting tomorrow, they will start prosecuting their case in court — all of it a dangerous attempt to undermine the most sacred part of our democracy, the vote,” she huffed on the 5pm ET edition of CNN Newsroom.

But only four years ago this week, CNN and others in the liberal media took anonymous reports that Russia had interfered in the 2016 election to cast doubt on the legitimacy of Donald Trump’s victory that year.

Later that day on MSNBC, Politico’s Azi Paybarah insisted: “You have this very real skepticism about how legitimate was this election.” That was soon after journalist Charles Pierce on the same network pushed Trump’s Electors to defect and “deny him an Electoral College victory.”

Over on CNN, the network’s intelligence expert, Bob Baer, lobbied for a do-over: “If the evidence is there, I don’t see any other way than to vote again.” The next morning, ABC’s This Week began with the opening chyron screaming: “DEMOCRACY HACKED?”

On CBS’s Face the Nation, Slate’s Jamelle Bouie doubted Trump’s victory: “What it suggests potentially is that the election was in some sense illegitimate. And I don’t know where you go from there.”

And CNN’s Manu Raju put the question to the most impartial observer they could find, outgoing-Senate Democratic Leader Harry Reid: “So do you, in any way think that Trump is an illegitimate President because of the Russian involvement?”

So as you listen to today’s media fume about court challenges to Biden’s 2020 election victory, here’s a brief flashback to what they were saying four years ago this week (all clips from December 10-12, 2016):