A generation ago, media bias was regarded as a fairly subtle phenomenon, as in, “Did you see Peter Jennings arching his eyebrow last night? What was that all about?”

That was then, this is now, and the media have jettisoned all subtlety to make their editorial preferences obvious. There’s no mystery which candidate is getting the media’s votes today (assuming they haven’t already voted by mail). And if we get the results tonight, their reaction could follow one of two scripts, both of which played out in stark relief in 2008 and 2016. 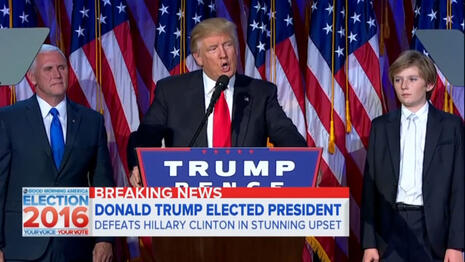 Four years ago, Donald Trump’s victory left journalists visibly distressed, as they talked about Hillary Clinton’s defeat as if it were the equivalent of the 9/11 terror attacks and a harbinger of the “decline of the civilization.” CNN’s Van Jones referred to Trump’s win as a racist “whitelash,” foreshadowing one of the many fault lines that has separated the liberal media and this President.

But back in 2008, when Barack Obama won the office, there was “communal joy,” and America was now “a more perfect union” after that “man on the moon” moment. Journalists smiled that he was going to bring “excellence” to the office, along with “competence” and “bipartisanship.” Time magazine christened him as a “prince... born in the imagination, out of scraps of history and hope.”

If Joe Biden wins tonight, or in the days to come, expect more of the same open celebration. And if Trump executes a repeat of his 2016 come-from-behind surprise, there’s little doubt that the media screams will be even more painful than four years ago.

■ “People are scared.... I’m still having a hard time getting myself used to standing on this Earth right now. This is a different Earth today than it was 24 hours ago. It’s different place. It just is different.”
— Host Chris Matthews on MSNBC’s Hardball, November 9, 2016.

■ “There were gasps around the world. Headlines, ‘Trumpocalypse’ and ‘Disunited States.’ And echoes of the Brexit vote too, against the European Union establishment. But there are deeper concerns tonight that the world’s shining light of democracy has gone dark.”
— Correspondent Richard Engel on NBC Nightly News, November 9, 2016.

■ “I think the extent to which Donald Trump has won, winning a campaign of racism and bigotry, turning out millions of white Americans for that campaign, suggests we are living through a kind of second redemption, a kind of push-back against the advancement of African-Americans, of Hispanics, of women, of Muslim-Americans and I don’t know how long we live with that backlash.”
— Slate columnist Jamelle Bouie on CBS’s live election coverage 12:03am ET, November 9, 2016. 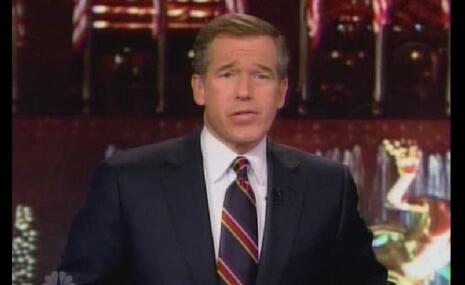 ■ “This nation woke up this morning changed. As one columnist put it, America matured in 2008 by choosing Barack Obama.”
— Anchor Brian Williams on NBC Nightly News, Nov. 5, 2008.

■ “You’ve seen those videotapes of Walter Cronkite the night that man landed on the moon for the first time, when Neil Armstrong stepped out and he could just barely get out monosyllables. Politically, that’s what this is. This is man on the moon.”
— MSNBC’s Keith Olbermann during live coverage, Nov. 4, 2008.

■ “When was the last time our nation cheered this much?... ‘We the people of the United States, in order to form a more perfect union’ — that’s what the Constitution says. Last night, all across America, for so many people, that’s how it felt. A more perfect union.”
— CBS’s Byron Pitts on the November 5, 2008 Evening News.

■ “When you work here in the crossroads of the world, you get used to group jubilation in various forms. But last night was transcendent. It was something else entirely....A melting pot of communal joy....Voices from around the world shouted of the greatness of America. And it really came in ebbs and flows. When the announcement was made, literal dancing in the streets and then, it calmed down. And people were locking in embraces.”
— ABC’s Bill Weir on Good Morning America, Nov. 5, 2008.

■ “As the nation prepares for President-elect Barack Obama to move into the White House, many Americans can’t help but draw similarities between him and the late President John F. Kennedy....The similarities are striking. JFK was 43 when he was inaugurated. Obama is just three years older, bringing a certain youthful vigor to the White House, including, young children....Kennedy had more than his share of charisma and Obama knows how to light up a room. But it’s their wives who might be the real superstars.”
— CBS’s Harry Smith on The Early Show, November 7, 2008.

■ Newsweek’s Howard Fineman: “Obama’s changing everything as he moves. His victory speech last night in Grant Park which was so memorable on so many levels....”
Host Keith Olbermann: “Is there going to be an overarching theme in the appointments? We discussed this last night, competency, bipartisanship, diversity, newness, where are they going?”
Fineman: “Well, it’s going to be all of those. But I think, if you had to pick one, it would be excellence. Barack Obama is a guy who appreciates excellence and focus. He’s a guy who appreciates results.”
— MSNBC’s Countdown, November 5, 2008.

■ MSNBC’s Chris Matthews: “You know what? I want to do everything I can to make this thing work, this new presidency work, and I think that-”
Host Joe Scarborough: “Is that your job? You just talked about being a journalist.”
Matthews: “Yeah, it is my job. My job is to help this country....This country needs a successful presidency more than anything right now.”
— MSNBC’s Morning Joe, November 6, 2008.

■ “Some princes are born in palaces. Some are born in mangers. But a few are born in the imagination, out of scraps of history and hope....Barack Hussein Obama did not win because of the color of his skin. Nor did he win in spite of it. He won because at a very dangerous moment in the life of a still young country, more people than have ever spoken before came together to try to save it. And that was a victory all its own.”
— Time’s Nancy Gibbs in the November 17, 2008 cover story.