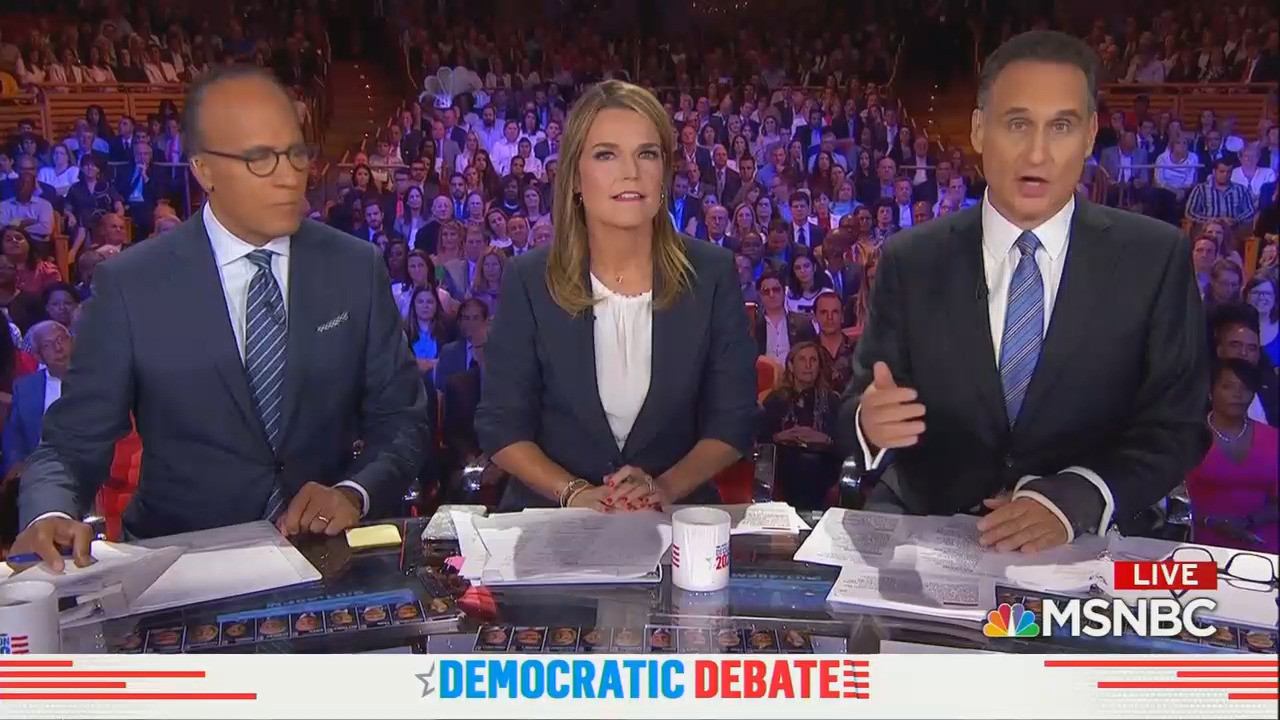 After two nights, NBC/MSNBC has proved that they deserve the nickname “MSDNC.” The twenty Democrats who made the presidential debate stage were treated to questions that were wildly skewed (69%) to the left, with only a scant 13% challenging the candidates to defend their outside-the-mainstream views, a five-to-one disparity.

A Media Research Center analysis finds 70 of the 102 distinct questions at the two debates echoed liberal talking points or were framed around a liberal world view, vs. only 13 that challenged liberal/Democratic assumptions. Another 19 questions were framed in a neutral fashion, or were neutral follow-ups to previous questions. 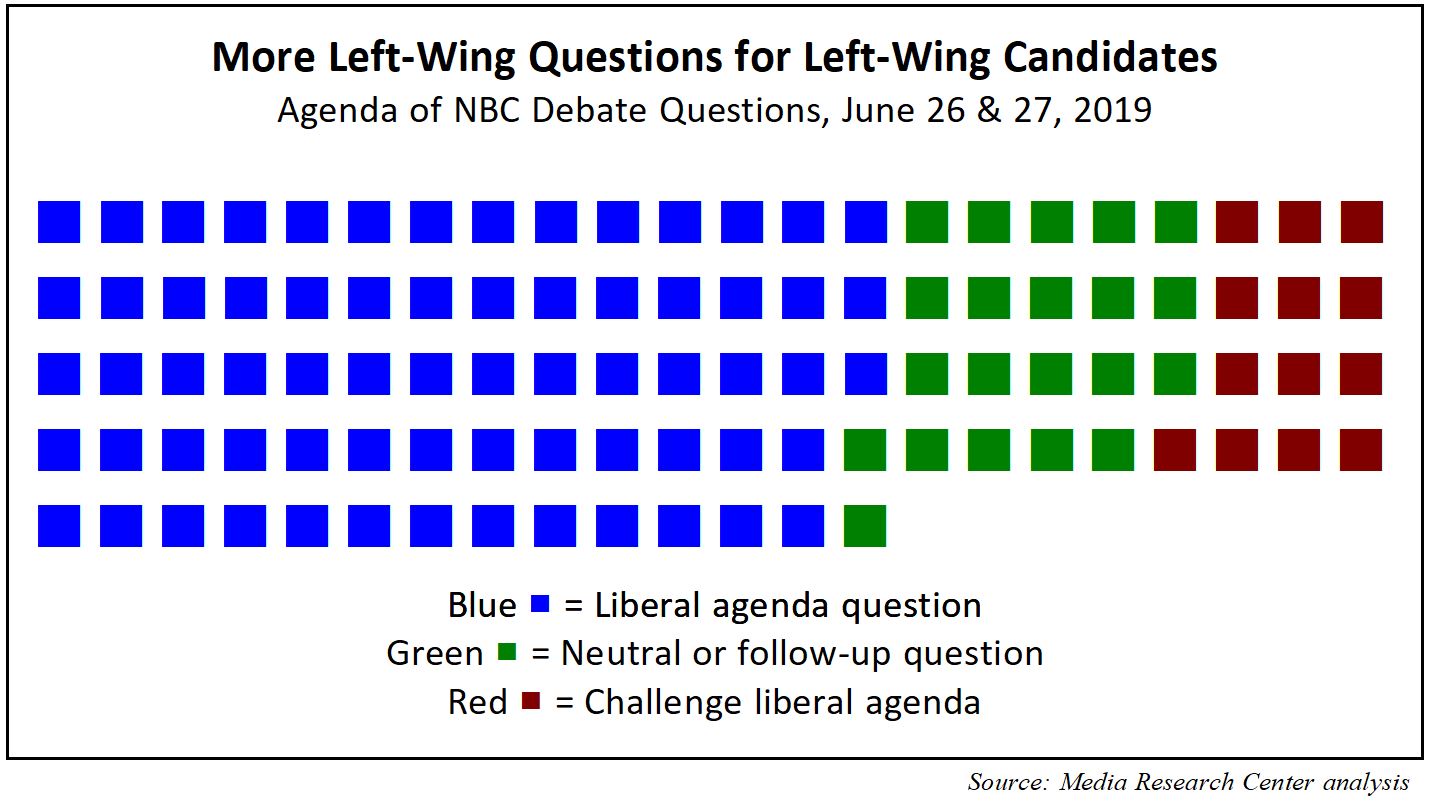 The skew was slightly better on the second night, but not by much: On Thursday night, the candidates received 30 liberal/left questions vs. eight (four to Bernie Sanders) that challenged left-wing positions, plus four neutral/follow-up questions. On Wednesday night, the imbalance was 39 to five, with a larger number of neutral questions (15).

A few examples of the moderators’ obsequious approach last night: NBC Nightly News anchor Lester Holt challenged Colorado Senator Michael Bennet whether maintaining ObamaCare was “enough to get us to universal coverage.” A few moments later, Today co-host Savannah Guthrie asked the group to “Raise your hand if your government plan would provide coverage for undocumented immigrants.” All did.

Telemundo anchor Jose Diaz-Balart asked Kamala Harris a question that could have been written by her own campaign staff: “What specifically would you do with the thousands of people who try to reach the U.S. every day and want a better life through asylum?”

Later in the night, MSNBC anchor Rachel Maddow attempted to strategize with Bernie Sanders: “What if the Court has already overturned Roe and Roe is gone?...What could you do as President to preserve abortion rights?”

MRC’s Bill D’Agostino assembled a video compilation of some of the moderators’ most obvious liberal advocacy over the two nights:

Even the challenging questions weren’t terribly challenging. Guthrie began the debate by asking Sanders: “Will taxes go up for the middle class in a Sanders administration and, if so, how do you sell that to voters?”

She posed a similar question to Harris: “There is a lot of talk in this primary about new government benefits, such as student loan cancellation, free college, health care and more. Do you think that Democrats have a responsibility to explain how they will pay for every proposal they make along those lines?”

Actually, many of the Democrats have eagerly suggested how they would pay for their massive giveaways: with crippling tax increases on the private sector (a.k.a., corporations and the rich). A much more challenging question would have been to ask them about the long-term damage to the economy if tax rates rose so dramatically.

There’s a reason why these debates are moderated by (supposedly) independent journalists, who are supposed to challenge the candidates, rather than party insiders who would want to present both the candidates and the party’s platform in as favorable a light as possible.

But it’s hard to see how NBC/MSNBC/Telemundo’s approach was at all different than a debate moderated by Nancy Pelosi, Chuck Schumer, and other liberal Democratic bigwigs. Real journalists should gag at the two-night display of bias.