Networks Blast Trump Over End to Subsidies, Hide Their Illegality 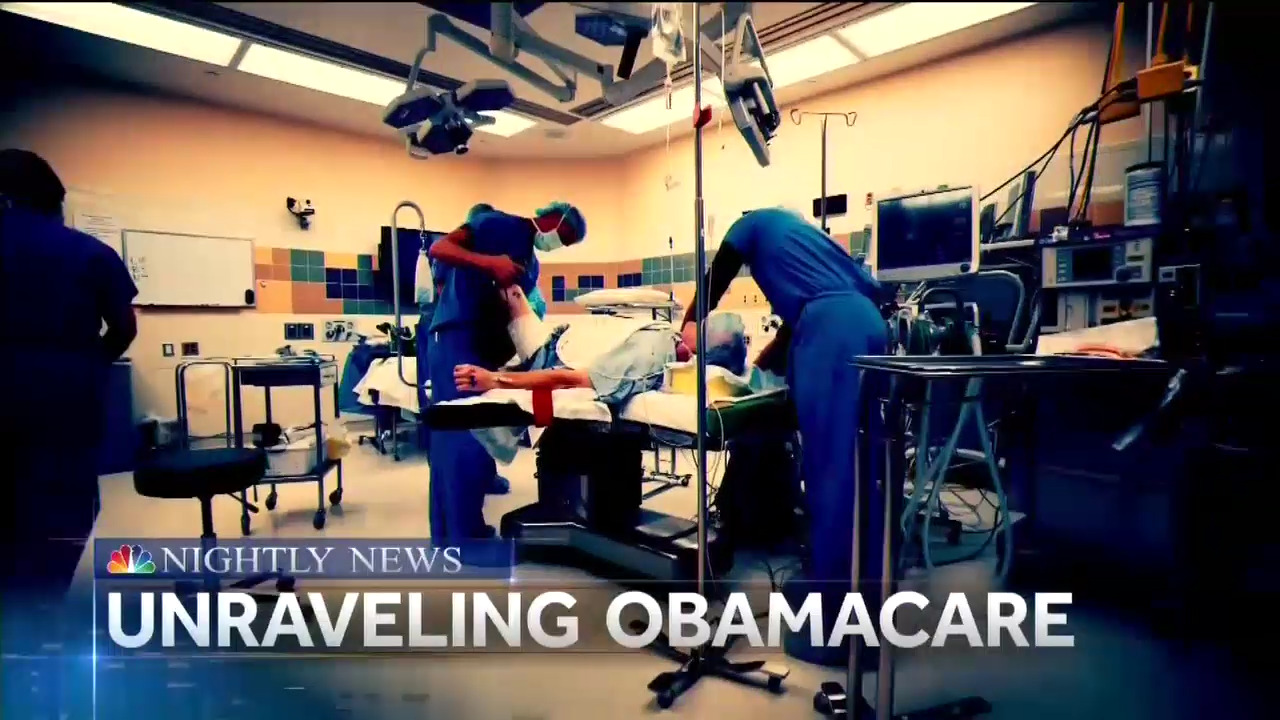 On Friday and over the weekend, ABC, CBS and NBC reacted with their typical anti-Trump fervor to the President’s decision to end federal subsidies of insurance companies through ObamaCare, but only a meager portion of broadcast news coverage — barely three percent — tipped viewers off to the fact those payments were unconstitutional in the first place.

Instead, news coverage touted the anecdotal stories of those benefiting from the payments, and the “fear” they faced with the prospect of those subsidies ending, without seeming to care very much that no proper authorization for the government spending ever existed.

From Friday morning, October 13, through Sunday evening, October 15, the ABC, CBS, and NBC morning and evening news shows aired a total of 38 minutes, 8 seconds of coverage of the Trump administration’s decision to end the illegal subsidy payments begun under the Obama administration. Only 71 seconds of that airtime — none of it on NBC! — was spent on the important point that these payments were being made without Congressional authorization, and thus unconstitutional, according to a May 2016 federal court decision.

The highly-regarded SCOTUSblog reported at the time on the “potentially crippling constitutional blow” delivered by federal Judge Rosemay Collyer. “Paying out reimbursement,” she wrote, “without an appropriation [from Congress] violates the Constitution. Congress authorized reduced cost-sharing but did not appropriate monies for it, in the fiscal year 2014 budget or since.  Congress is the only source for such an appropriation, and no public money can be spent without one.” 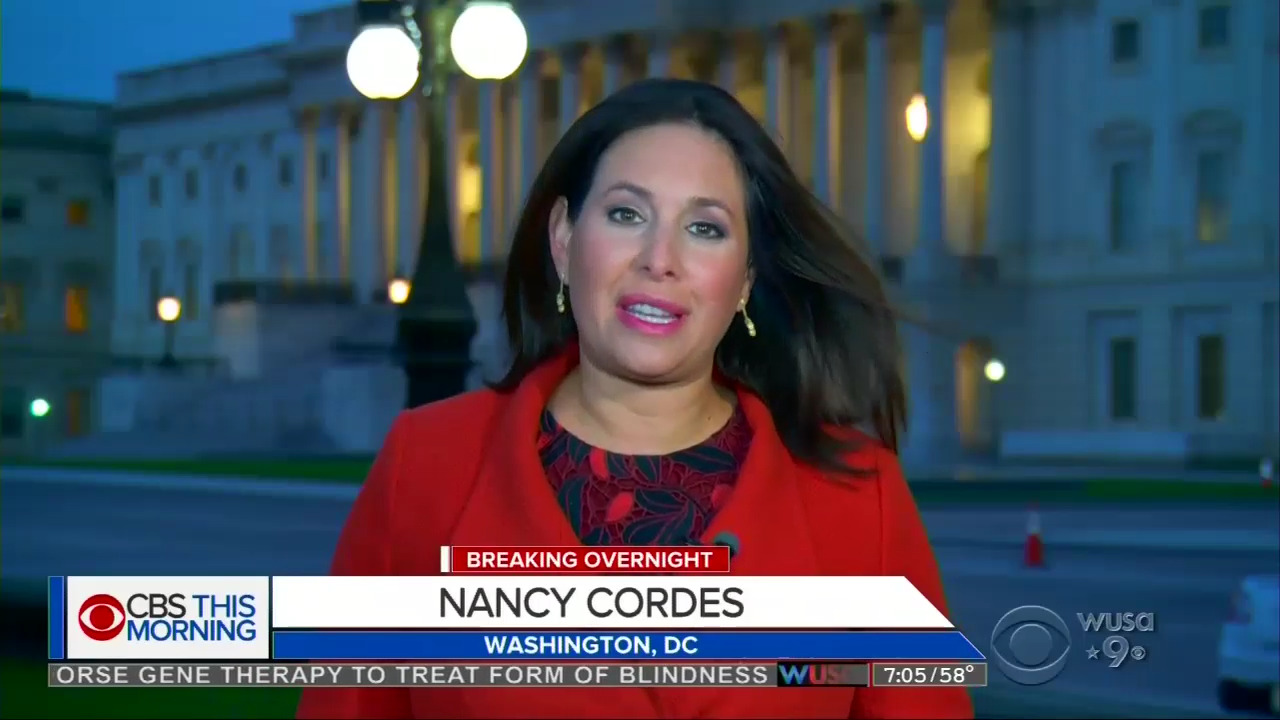 None of the three broadcast networks reported on that decision, which was placed on hold while it was appealed to higher courts. On Friday morning, CBS’s Nancy Cordes was the only correspondent who bothered to explain the background: “Congressional Republicans actually fought these subsidies in court a couple of years ago and won. They argued the Democrats messed up when they wrote the Affordable Care Act because they failed to give Congress the power to allocate these funds which is why, Charlie, the administration has been having to do it every month or so.”

But CBS spent only 54 seconds on the failure of the Obama administration and the Democrats to secure proper authorization for these taxpayer payments, out of about 15 and a half minutes of airtime devoted to Trump’s decision to end them.

For its part, ABC spent just 17 seconds (out of 15 minutes and a half minutes) on this point, tersely passing along the White House position without any background. “In a statement overnight, the White House said it determined the payments are unlawful,” ABC’s Jon Karl stated on Friday’s Good Morning America.

In roughly 9 minutes of coverage, NBC’s Today and Nightly News didn’t even go that far, never telling viewers about either the prior court ruling (as CBS did) or even that the Trump administration said they were illegal payments (as ABC did).

Instead, Sunday Today co-host Willie Geist highlighted how an “Associated Press analysis...showed 70 percent of the people who benefit from the subsidies that the President just announced he was taking away are in states that voted for Donald Trump — in other words, this goes to the core of his base.”

And all three evening newscasts on Friday featured presumed victims of the President’s move. As NewsBusters’ Curtis Houck pointed out yesterday, the parade of supposedly ordinary Americans were actually “covert liberal activists who agreed with the liberal media’s health care position.” 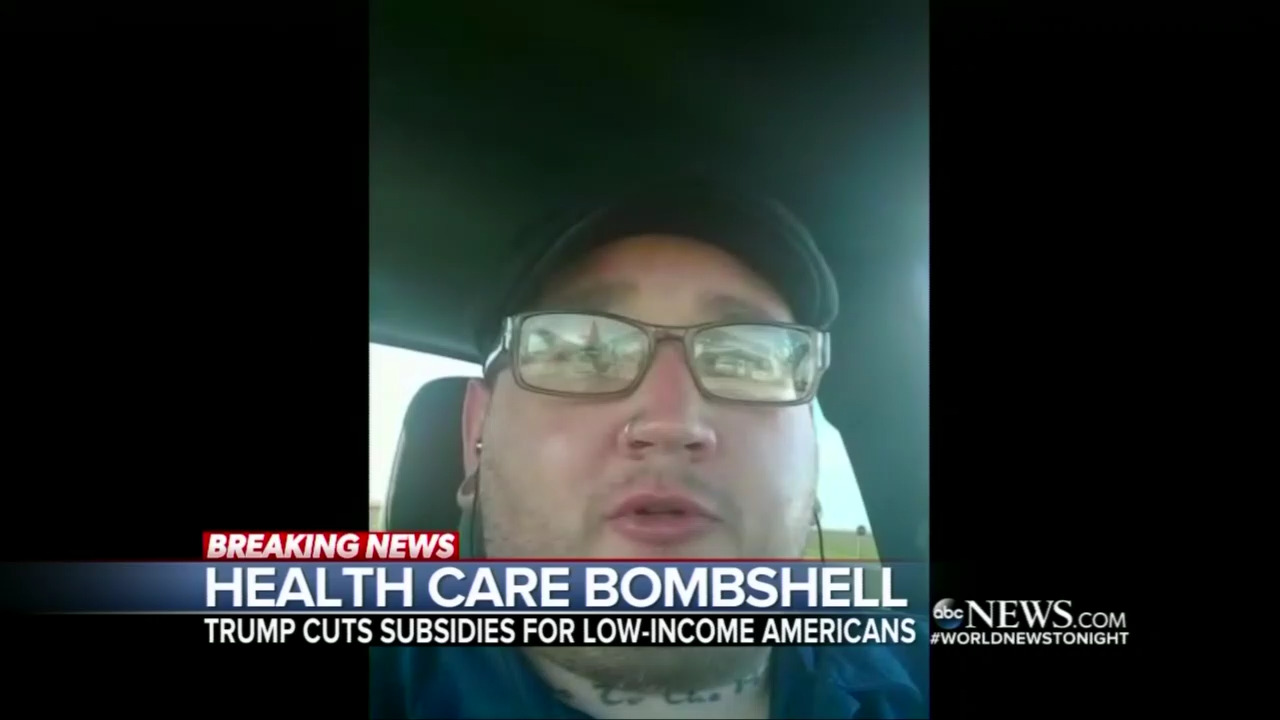 “In Iowa, programmer Mason McCoy says he can barely afford the subsidized plan he has now,” ABC’s Mary Bruce similarly expounded on World News, followed by McCoy offered his own invective: “It’s nothing more than another assault on poor people.”

The networks have found room for lots of emotional anecdotes in their health care coverage since long before ObamaCare passed in 2009, but the implicit message of this weekend’s coverage is that it’s not a big deal for the government to spend taxpayer money without regard to constitutional checks and balances.