On Friday night and Saturday morning, ABC and NBC turned to supposedly ordinary Americans to attack President Trump’s decision to end the unlawful ObamaCare subsidies. Turns out, those so-called individuals were anything but ordinary and instead covert liberal activists who agreed with the liberal media’s health care position.

ABC employed two covert liberals on Friday’s World News Tonight with one resurfacing on Saturday’s Good Morning America plus an expert with a left-leaning think tank to uniformly make the case against the administration.

Congressional correspondent Mary Bruce teed up her two liberal simpletons by bemoaning: “Hanging in the balance tonight, the roughly seven million Americans who make too much to qualify for medicaid, but still need help paying for coverage.”

The first person was spun as a “retiree in Nevada” named Marcie Shelton “who leans on these subsidies to afford her coverage.”

“If it gets too high, I’m afraid that I’m just not going to be able afford it at all and that’s terrifying,” Shelton replied.

Correspondent David Wright also used the same soundbite on Saturday’s Good Morning America to represent someone who “would likely feel the brunt of this.” 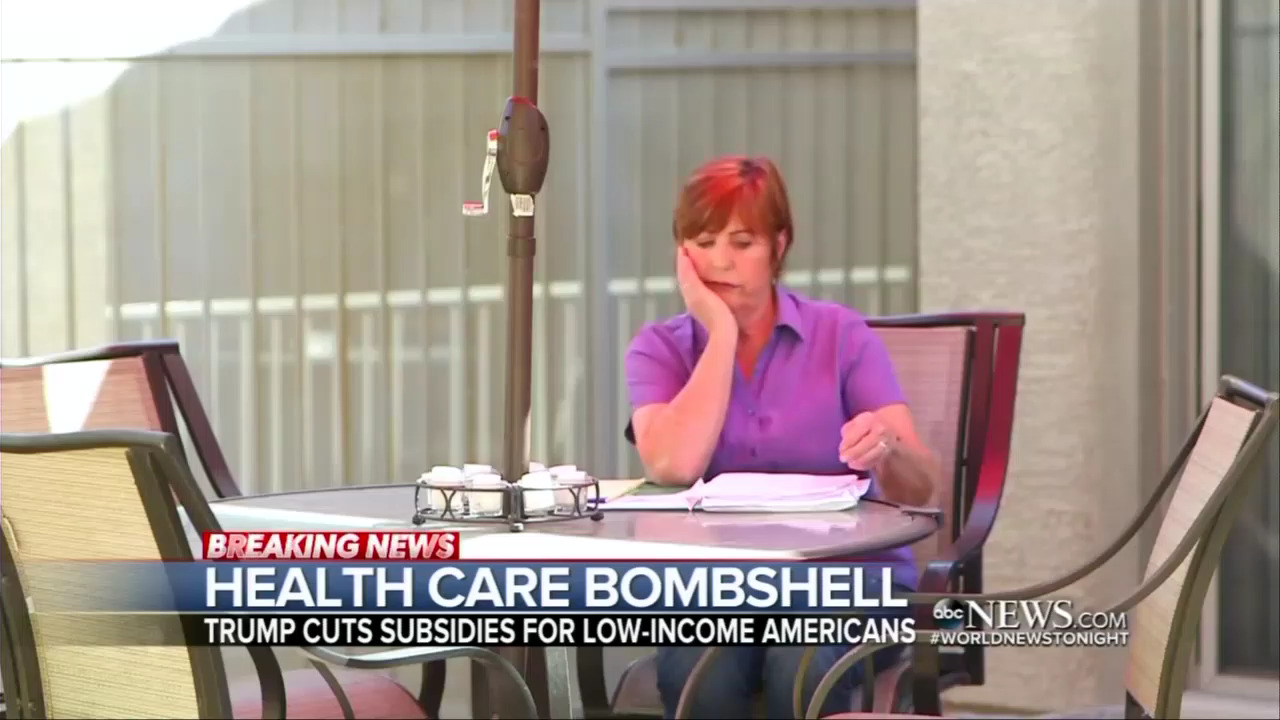 Turns out, Shelton had an agenda to push and an article on ABC’s own news site revealed how Shelton’s anything but an innocent figure. Here’s Shelton in a June 28 article:

Marcy Shelton is relatively healthy for her age. At 62, she worries about that phone call and whether her premiums might go up as well.

Shelton used to be a clerk taking bets at some of the nation’s fanciest horse racetracks in California, but over time her hours shifted and were cut back. Her union offered her early retirement but no insurance, so she bought individual coverage on the state exchange.

“They should be going after the big insurance and prescription drug companies about how much they charge, instead of having to fight for supplements,” she said. She’s an active Democrat and has been volunteering with the Center for American Progress to lobby against the bill.

“If they get those guys normal, they wouldn’t need all this,” she said.

Needless to say, being an activist for a top liberal think tank would warrant a disclosure as that tends to show she has a political viewpoint. However, ABC’s Bruce and Wright didn’t think that was worth mentioning.

In Bruce’s case, she introduced a second seemingly normal person:

BRUCE: In Iowa, programmer Mason McCoy says he could barely afford the subsidized plan he has now.

MASON MCCOY: It's nothing more than another assault on poor people.

Once again, a basic Google search would show that McCoy is a partisan figure. In 2016, McCoy unsuccessfully ran as the Democratic nominee for the Third District in Iowa’s State House of Representatives. Here’s an October 12, 2016 article profiling McCoy’s race against incumbent Republican Dan Huseman in the Sioux City Journal.

On GMA, weekend co-host Dan Harris invited on The Commonwealth Fund’s Sara Collins to also fret about end of subsidies. Naturally, this think tank has quite the liberal reputation. Here’s a 2010 Weekly Standard story about them:

While Republicans advocate repeal of President Obama’s sweeping health care reforms, Democrats are pulling out all the stops to build support for the legislation. And the president’s party has a not-so-secret weapon at its disposal: a network of well-funded academics and researchers working to discredit the existing health care system. The Commonwealth Fund, a liberal think tank headed by a former Democratic staffer, leads the effort.

Typical of the Commonwealth Fund is a recent study claiming that the U.S. health care system ranks last when compared with seven industrialized countries. It’s just the latest in a string of policy studies from organizations that want to see a European-style, government-run health care system brought to these shores. Democratic politicians and their allies then use those studies to bolster the case for dramatic reforms. 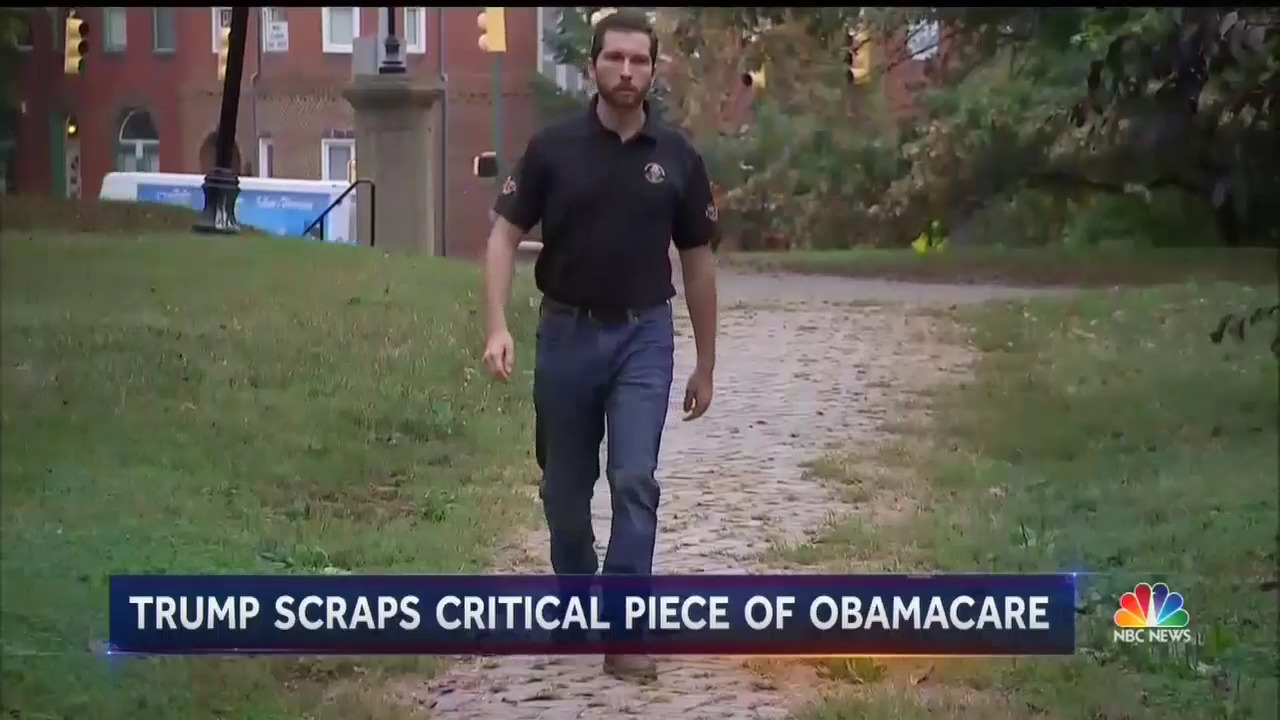 WELKER: Baltimore graduate student Jess Wilhelm — who suffers from chronic asthma — has ObamaCare, and worries his premiums will skyrocket.

JESS WILHELM: My biggest concern is losing the subsidies in the next year and potentially having premiums go up.

Once again, an internet search showed that Wilhelm was also just the type of liberal NBC wanted. According to his Linkedin page, he’s worked as an intern for “GIS” to build “map layers for the online Global Climate Change Adaptation Atlas, a web-based tool to visualize and adapt to climate change's impacts across the globe.”

Wilhelm’s Facebook page and likes also give a glimpse into his politics as they include Barack Obama, an “LGBT Movement” page, and the “China Environmental Forum.”

At the end of the day, networks are not barred from seeking out who they want for stories. What’s important is being transparent with viewers that certain individuals have an axe to grind. Not doing so is lying to viewers, plain and simple and, arguably, that’s the worst kind of media bias.

The covert liberal activism seen on ABC was made possible by advertisers Metlife’s Brighthouse Financial and Walt Disney World. On NBC, Welker’s bias were paid for by Dell Technologies and Ensure.