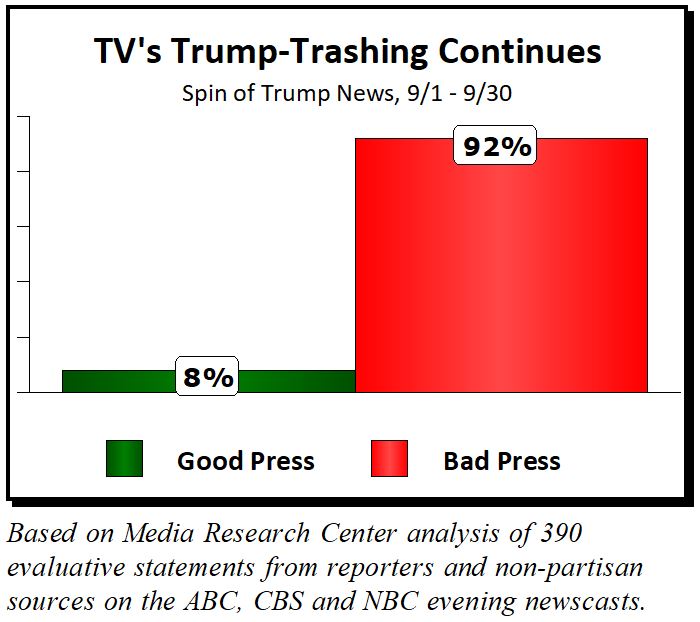 Since Inauguration Day (January 20), the broadcast networks have tilted 90% anti-Trump, vs. 10% pro-Trump, not counting partisan statements or neutral/informational coverage. (See our methodology statement at the bottom of this article for details.) While coverage has pivoted from topic to topic — the travel ban, Obama wiretap claims, Russia investigation, ObamaCare repeal, Charlottesville — there’s been little variation in the negative tone of coverage each month.

September’s news coverage focused on six big topics: the showdown with North Korea; immigration policy (the DREAMers and border wall); the President’s response to three major hurricanes; his criticism of NFL players who kneel during the National Anthem; the latest effort to repeal ObamaCare; and the controversy over several cabinet officers using expensive private jets.

These six topics accounted for two-thirds of the administration’s TV news profile in September. While the North Korea crisis received the most attention, this was also the topic with the fewest evaluative comments — just 20 during nearly an hour of coverage — which translates into a large percentage of neutral coverage.

The networks focused most of their evaluative coverage on immigration, the NFL and the private jet flights of cabinet officials (especially Health and Human Services Secretary Tom Price, who resigned September 29). 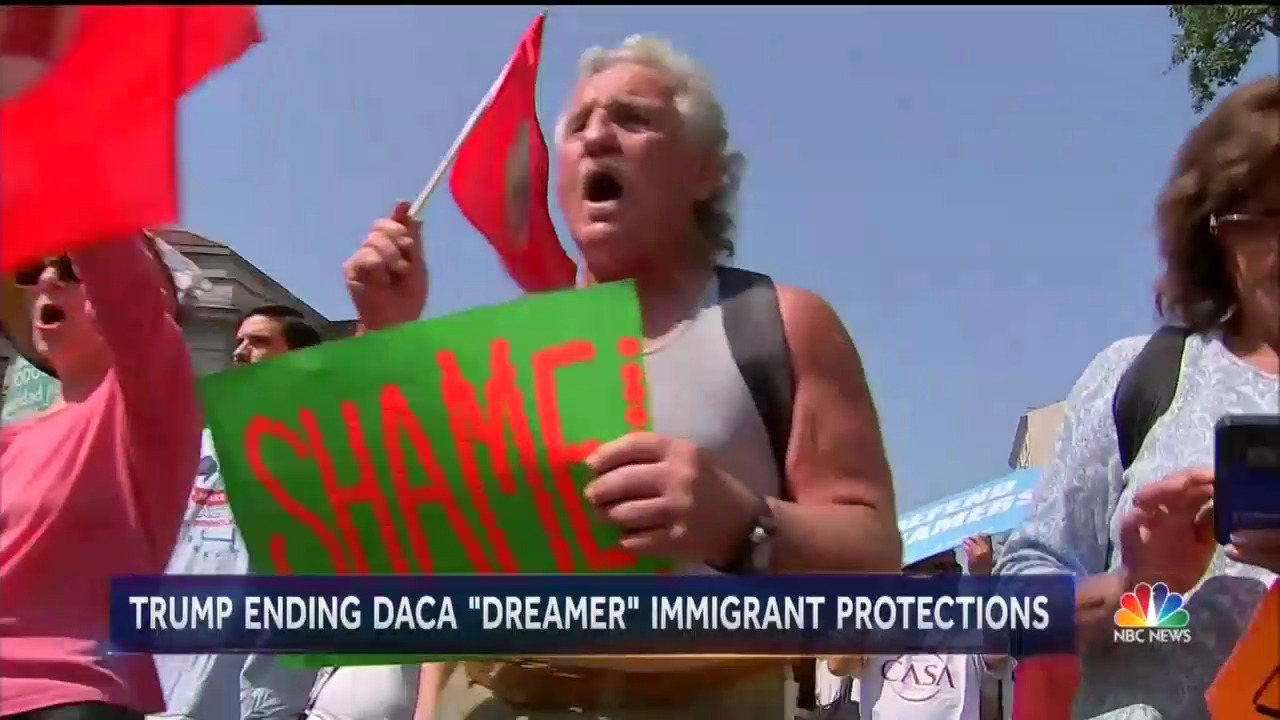 Not surprisingly, 100% of the coverage of the expensive jet flights by Cabinet officials was negative, as was nearly all (96%) of the coverage of the administration’s immigration policy. On September 5, for example, CBS Evening News anchor Anthony Mason framed the President’s decision to end the Obama-era DACA program as “a dream lost for thousands of undocumented immigrants,” while a subsequent story by correspondent John Blackstone focused only on the negative reaction of those who benefited from the policy. 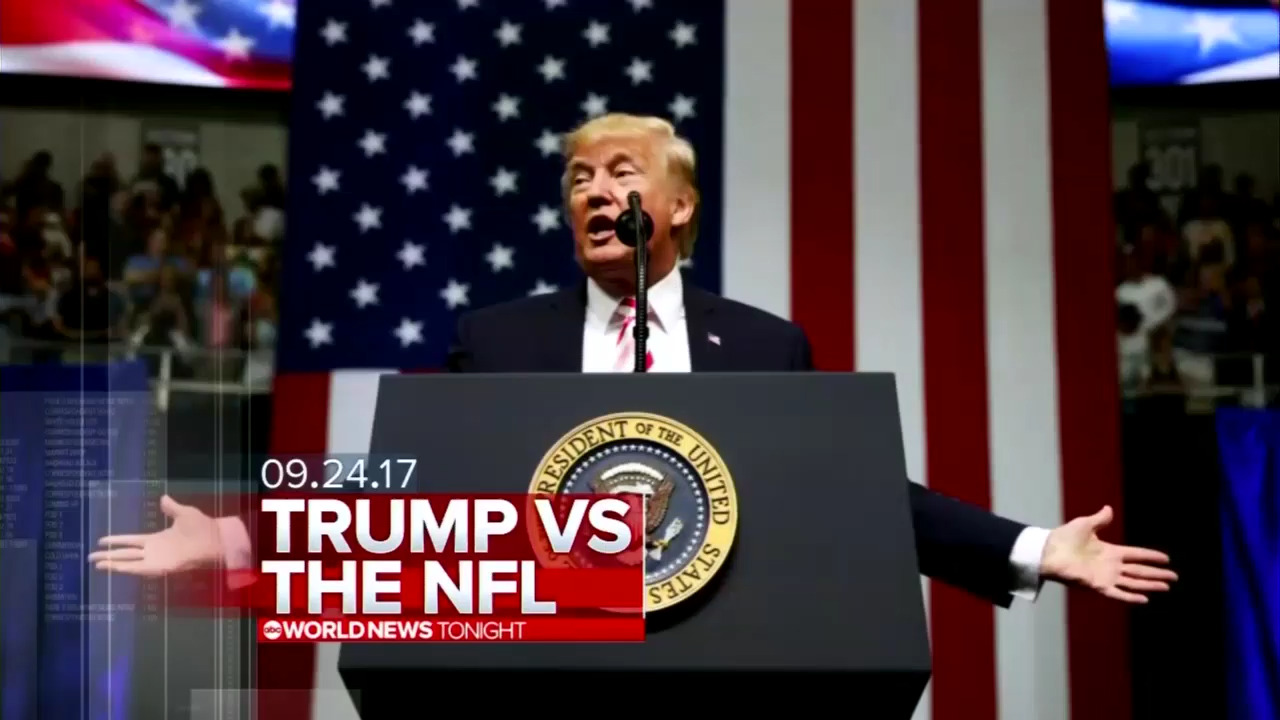 The networks framed the President’s tweets about the NFL as a divisive stumble, with ABC weekend anchor Tom Llamas on September 24 argued that “outrage” was “building over the President’s heated comments” as correspondent Ryan Smith saw “growing backlash across the country.”

The next night, CBS correspondent Dean Reynolds visited a cafeteria where all of the patrons he showcased criticized the President, including one woman who declared: “He has a lot of supporters that’s probably cut from the same cloth that he is: angry, bitter, racist, ignorant.”

But the next night, correspondent Jim Axelrod found fans who agreed with the President, including one Steelers’ fan who “is upset with his team for what he sees as caving to political correctness.”

A CNN poll taken in late September found more Americans (49%) said players who knelt during the National Anthem were doing the wrong thing, compared to 43% who said it was the right thing. Yet broadcast evening news coverage of this topic was slanted about four-to-one against the President, with 59 comments criticizing him (81%) vs. 14 in support (19%).

One other note from this month’s study: by September 30, Trump’s response to Hurricane Maria had already drawn nearly six times more coverage than his response to Hurricane Irma in Florida — nearly 27 minutes vs. 4 minutes, 37 seconds, with about 3 minutes spent on August’s Hurricane Harvey. (Please note: These figures do not include all network coverage of these storms, only the coverage focused on the administration’s response.)