Pelley wasn’t talking about Donald Trump, or even Barack Obama, but rather Iran’s Mahmoud Ahmadinejad, who had called for the elimination of Israel and led chants of “Death to America.” Pelley was on CBS’s The Early Show back on September 24, 2007, talking about his interview with the then-Iranian leader which aired the previous night on 60 Minutes. 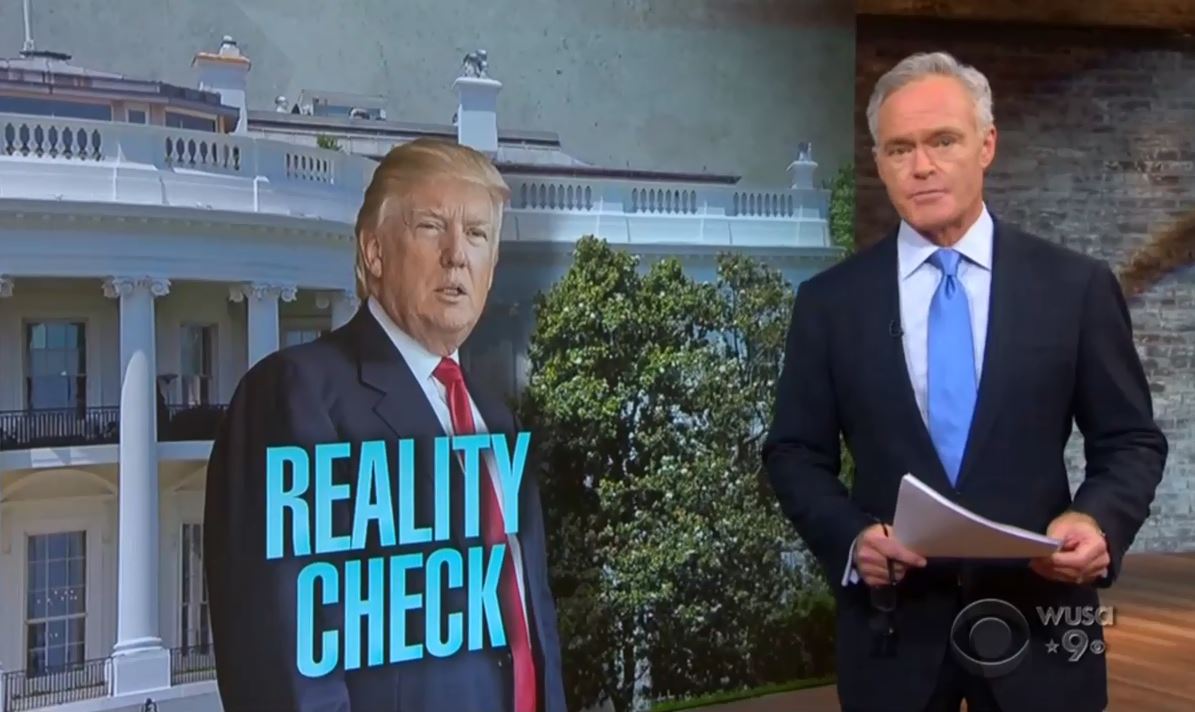 Today, Scott Pelley is the anchor and managing editor of the CBS Evening News, and his on-air attitude is noticeably more hostile toward American President Donald Trump than it was toward Iran’s fanatical firebrand a decade ago. Since the inauguration, Pelley has repeatedly gone out of his way to slam Trump’s “falsehoods,” even asking if the President “is having difficulty with rationality.”

But Pelley wasn’t always as zealous about highlighting presidential falsehoods. In December 2013, PolitiFact awarded Democratic President Obama with peddling the “Lie of the Year” for his false claim that “if you like your health care plan, you can keep it.” But Pelley’s CBS Evening News has never told viewers about PolitiFact’s ruling.

And back on August 17, 1998, when President Bill Clinton admitted his affair with Monica Lewinsky, then-White House correspondent Scott Pelley merely passed along that President’s tenuous parsing without using any of the judgmental language he now employs:

The last time Mr. Clinton swore an oath was in the [Paula] Jones deposition, in which he said, quote, ‘I have never had sexual relations with Monica Lewinsky. I have never had an affair with her.’ His lawyers argue that wasn’t perjury, because Mr. Clinton does not believe the alleged Oval Office liaisons with Lewinsky fit a technical definition of affair. But Mr. Clinton’s political advisers fear they have no way to explain his repeated public denials....

Compared to Clinton and Obama, Pelley has been far more aggressive in holding President Trump accountable, slamming the new Commander-in-Chief on January 23 for “a weekend of tweeting tantrums and falsehoods.” On February 6, Pelley criticized Trump’s “fictitious claims” and “presidential statements divorced from reality.” And in March, Pelley scolded that “Mr. Trump has continually stamped rumors with the seal of the President.”

Watch the video below for many more examples of Pelley’s hostile approach in covering Donald Trump.

For taking on the President in such a direct way, Pelley has become something of a rock star among his fellow journalists. Associated Press media reporter Dave Bauder penned a positive profile back in March: “Soft-spoken yet direct, anchor Scott Pelley is emerging as a blunt evaluator of President Donald Trump....”

Bauder found enthusiastic support for Pelley from Mark Feldstein, a journalism professor at the University of Maryland: “I think it’s refreshing and necessary and important that journalists do more than act as stenographers for whoever is in power, but actually try to get to the truth.”

A few weeks later, the Washington Post’s Margaret Sullivan also saluted the CBS anchor: “With the words ‘credibility questioned’ prominent on the screen, Scott Pelley once again is doing what network evening-news anchors generally don’t do: abandoning careful neutrality in favor of pointed truth-telling....Far more than his competitors — Lester Holt on NBC and David Muir on ABC — Pelley is using words and approaches that pull no punches.”

While it’s obvious that Trump has said (and tweeted) things that are not true, so have past Presidents. What’s different now is the eagerness of journalists like Pelley to use those falsehoods as part of a regular, nightly indictment of the President’s character.

If he’d been just as challenging of falsehoods from Bill Clinton or Barack Obama, Pelley could rightly be seen as a truth-seeker who pulled no punches. But selectively going after a President like Trump who is deeply unpopular in liberal media circles doesn’t exactly qualify Pelley for a “Profile in Courage” award.