The Prime Time Primary: Trump vs. His Rivals on Fox News, CNN and MSNBC 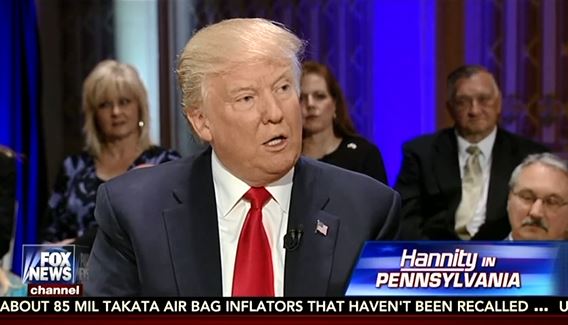 It’s been a hot topic during this tumultuous primary season: are the cable news networks giving GOP frontrunner Donald Trump significantly more airtime than the other Republican candidates?

A team of MRC analysts logged each prime time interview of a presidential candidate or a plainly-identified supporter or surrogate on CNN, MSNBC and the Fox News Channel over the past four weeks (March 21 to April 15, weekdays only), poring over approximately 240 hours of programming.

Our study found that FNC spent much more time interviewing Trump and his surrogates than either of his GOP competitors. Over the past four weeks, Trump was interviewed for a total of 178 minutes on Fox, vs. 106 minutes on CNN and 43 minutes on MSNBC. (Interviews includes network-sponsored town halls as well as sit-downs with a network host, but not debates or live coverage of rallies or speeches.) 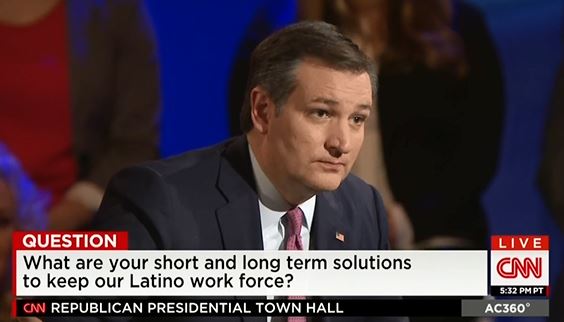 Trump’s leading competitor, Texas Senator Ted Cruz, was featured in interviews totaling 120 minutes on FNC, slightly less than the 133 minutes he received on CNN, but much more than the 35 minutes he managed on MSNBC. The only other active candidate, Ohio Governor John Kasich, received 84 minutes on Fox, 106 minutes on CNN and 100 minutes on MSNBC.

Adding in the airtime for campaign surrogates (family members, campaign staff, or designated surrogates), Trump’s tally grows to 397 minutes on Fox, or nearly 60 percent of the total, compared to 164 minutes (25%) for Cruz and 105 minutes (16%) for Kasich.

On CNN, Trump eclipsed Cruz by a much smaller margin: 331 minutes to 265 minutes, with 134 minutes for Kasich. On MSNBC, Kasich’s campaign actually took the most airtime during the four weeks we examined: 115 minutes, vs. 71 for Trump and 65 for Cruz.

The gap between Trump and his competitors on Fox might have been wider but for the fact that the campaign in early April moved from the Midwest to New York, where all three cable news operations are headquartered. During the first two weeks of our study, Trump and his surrogates claimed 214 minutes of airtime, vs. 62 minutes for Team Cruz and an even punier 24 minutes for Kasich’s crew.

But from April 4 to April 15, as the campaign in Wisconsin ended and the candidates moved east, Trump’s coverage ebbed slightly, to 183 minutes, while both Cruz and Kasich saw their face time on Fox expand — Cruz to 102 minutes, Kasich to 81. 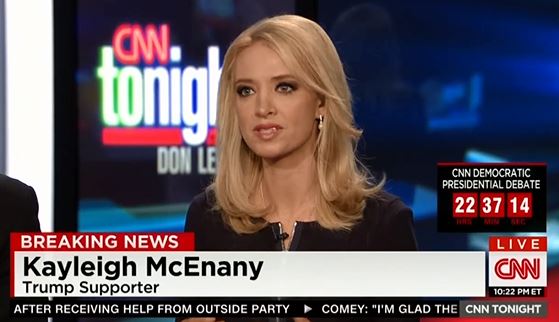 The top surrogate for any candidate: conservative columnist and Trump supporter Kayleigh McEnany, who appeared on CNN for a total of 70 minutes during the four weeks we examined.

There’s obviously more to news coverage than just interviews, including day-to-day reporting and roundtables with the networks’ own pundits as well as non-aligned party members. But the tally of interview and town hall airtime shows, once again, that Donald Trump is getting the lion’s share of media attention this year.

Tomorrow: How cable news has covered the Democratic presidential candidates.