By 15-to-1 Margin, Networks Blame Trump, Not Lefties, for Campaign Violence 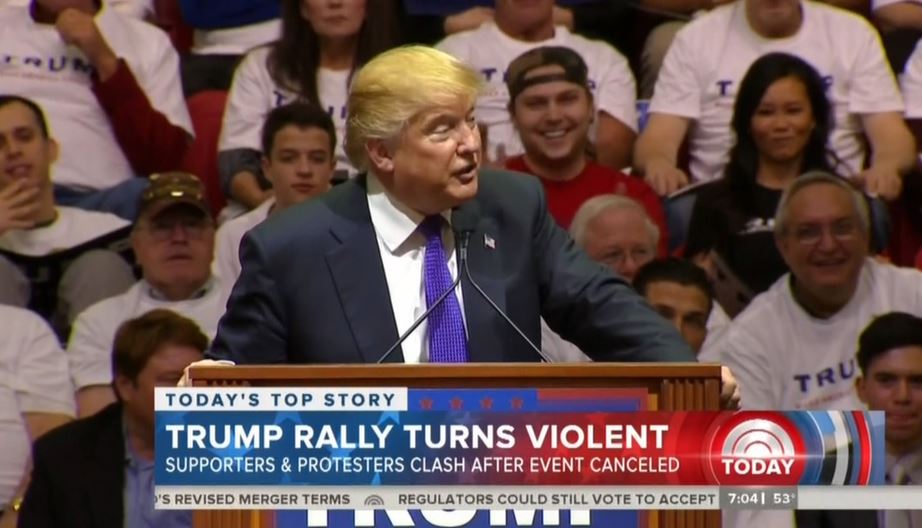 Since Friday night’s mayhem in Chicago, all three broadcast networks have made the violence surrounding Donald Trump’s rallies the near-exclusive focus of their campaign coverage. But an MRC analysis of ABC, CBS and NBC news coverage found that the left-wing protesters who forced the cancellation of a presidential campaign event escaped nearly all blame, as reporters dumped 94% of the blame on Trump and his campaign.

MRC analysts Mike Ciandella, Scott Whitlock and Kyle Drennen examined ABC, CBS and NBC morning and evening show coverage from Saturday morning through Monday morning — a whopping 45 segments totalling nearly 85 minutes of airtime. They found that reporters specifically criticized the Trump campaign for its handling of the issue 46 times, vs. just three times when blame was placed on the left-wing protesters. 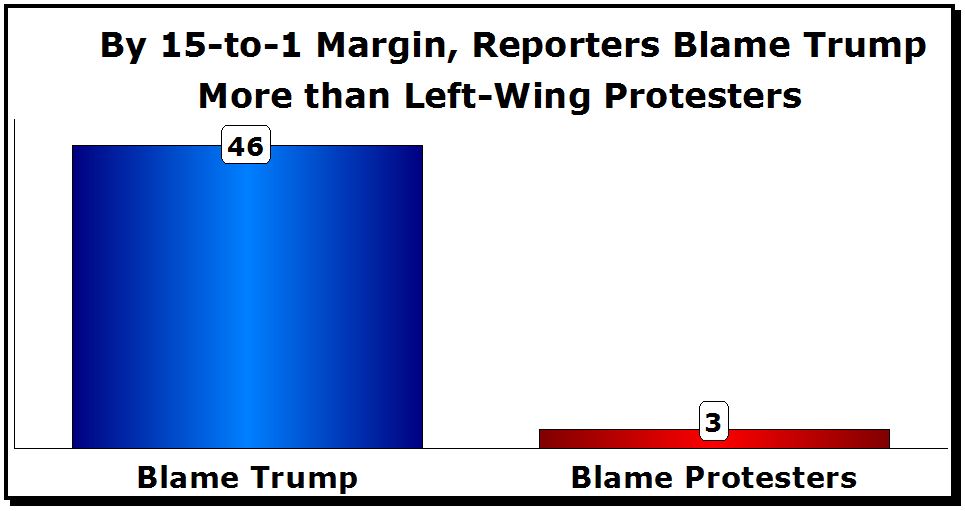 On Monday’s Today show, for example, NBC’s Andrea Mitchell compared Trump to a 1960s segregationist: “Trump’s rhetoric now being compared to George Wallace, who split from the Democratic Party in 1968.”

Talking about the violence, ABC’s Jonathan Karl on Saturday morning's GMA said he thought it was fed by Trump’s inflammatory rhetoric: “This is absolutely astounding but I have to say it’s also not entirely surprising....Often you feel like there is incitement that is coming from the candidate himself.”

While a presidential candidate — especially a frontrunner — should obviously be held to the highest level of scrutiny, the media’s race to blame Trump skirted the role of the left-wing activists whose goal on Friday was not just to demonstrate their opposition to Trump, but to actually force the cancellation of his campaign event.

In the three days we examined, our analysts found a mere three instances where network reporters blamed the protesters for the chaos that unfolded Friday night.

On Saturday’s Today show, NBC News campaign reporter Ali Vitali acknowledged that the goal was not to protest Trump, but to silence him: “In the arena last night, across the ground floor, there were multiple sections that were just filled with protesters ready to disrupt and with the goal of disrupting and even cancelling this rally, getting Trump to say that he won’t be here in downtown Chicago.”

That night on ABC’s World News Tonight, correspondent David Wright similarly explained how “Trump haters infiltrated the arena, bent on disruption.” He then played a soundbite from a demonstrator: “Donald Trump is not welcome in Chicago, and we’re going to make that clear today.” 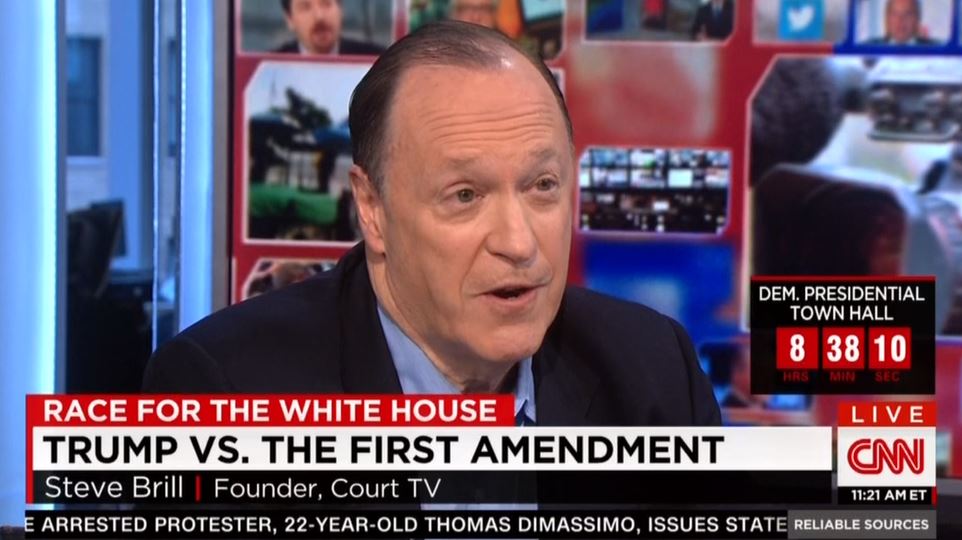 Appearing on CNN’s Reliable Sources on Sunday, longtime media critic Steven Brill — no conservative — saw a double standard in how the media reacted to the events in Chicago: “I want to say this very narrowly, because this does not excuse Mr. Trump from inciting violence, it does not excuse everything else he’s doing in his campaign. I do think that if Trump supporters, by the dozens or hundreds, planted themselves at a Hillary Clinton rally or a Bernie Sanders rally and stood up and disrupted it, and that was their intent, that the press would cover that differently. So in that sense, I think Trump has a point.”

The media’s condemnations of Trump’s excesses would mean a lot more if reporters would just as vigorously condemn the excesses from the political Left as well.