Study: Late Night TV Targets Trump and GOP Twice as Much as Hillary and the Democrats 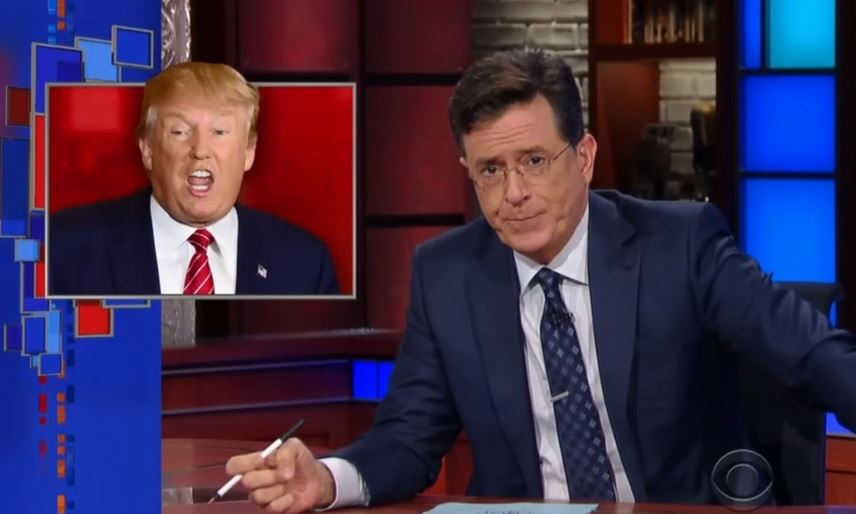 A new report from the Center for Media and Public Affairs at George Mason University finds that it’s not just the news media that’s obsessed with Donald Trump. A study of jokes told by late night comedians finds that GOP frontrunner was the target of more punchlines than the rest of the GOP field combined.

Trump was also the target of roughly three times as many jokes as Democratic frontrunner Hillary Clinton — which might be considered remarkably few, considering how many scandals Clinton has been involved with just this year.

The study looked at the opening segments of the ABC’s Jimmy Kimmel Live!, CBS’s Late Show with Stephen Colbert, NBC’s Tonight Show Starring Jimmy Fallon, and Comedy Central’s Daily Show with Trevor Noah from September 1 through October 31. It found that Donald Trump was the target of 308 jokes, while the rest of the GOP field was joked about a total of just 282 times.

Hillary Clinton was the target of 107 jokes, according to the report, “just over a third as many as Trump, but nearly twice as many as her Democratic opponent Bernie Sanders’ 58 jokes.”

According to CMPA Director and George Mason University Communication Professor Robert Lichter, “Donald Trump is a gift that keeps on giving to TV comedians. They may not vote for him, but they’ll be sorry to see him go.”

Other findings, from the study release:

■ Republicans were targeted by more than twice as many jokes as Democrats — 590 to 230.

The Media Research Center provided video of the shows to the CMPA/GMU research team, who say they will continue to update these numbers as the campaign progresses.