NBC: Hard for ‘Conservative’ Jeb Bush to Be ‘Joyful’ in Today’s GOP

Mitchell correctly noted how Bush is “at odds with his party’s base” because of he has “endorsed the Obama Administration’s Common Core education curriculum and he’s passionate about the human side of immigration reform.” But rather than citing a mainstream conservative who has criticized Bush, Mitchell instead employed a soundbite from gadfly businessman Donald Trump.

As NewsBusters’ Kyle Drennen noted on March 24, the last time Today devoted a full story to Jeb’s potential candidacy, correspondent Chuck Todd also insisted upon Bush’s conservative credentials and tried to make a virtue of the fact that he’s become anathema to some in the Tea Party:

Some long-time Republicans, nervous about the influence of the Tea Party, would like to see a coronation of one of their own, former Florida Governor Jeb Bush....Will the long-time conservative from Florida be viewed as conservative enough for the Republican Party of 2016?

This morning, Mitchell also sighed about how “with more than 300 million Americans, you’d think we’d have a range of presidential candidates other than those named Clinton or Bush.” Somehow, that complaint never seems to crop up in stories about Hillary’s potential candidacy, just those that see Bush as a potential challenger.

After the video excerpt, the full transcript of the April 24 NBC Today segment:


Co-host NATALIE MORALES: Now to politics and the presidential race in 2016, and Jeb Bush, the former Republican Governor of Florida, has given his clearest indication yet that he is considering a run. NBC’s Andrea Mitchell has more. Andrea, good morning. 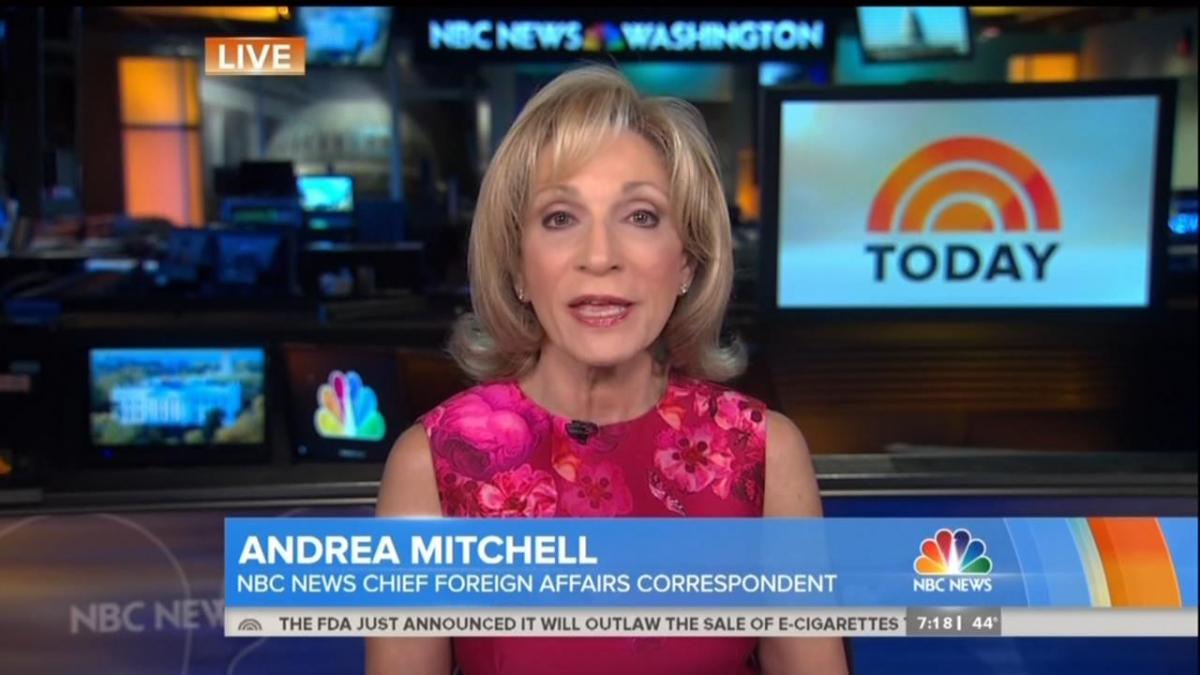 Correspondent ANDREA MITCHELL: Good morning Natalie. With more than 300 million Americans, you’d think we’d have a range of presidential candidates other than those named Clinton or Bush. Now it appears, though, it could boil down to latest representatives of those political families.

In another indication that Jeb Bush is testing the presidential waters, he told a private fundraising lunch Wednesday, “I am thinking about running for president.” Jeb, the son of one president and younger brother of another, then jokingly asked, “Would you call and tell my mom?” That was a direct reference to what Barbara Bush told Matt last year.

Clip of BARBARA BUSH: There are other people out there that are very qualified, and we’ve had enough Bushes.


Clip of JEB BUSH: Can a candidate run with a hopeful, optimistic message? In my case that means can one do it joyfully? 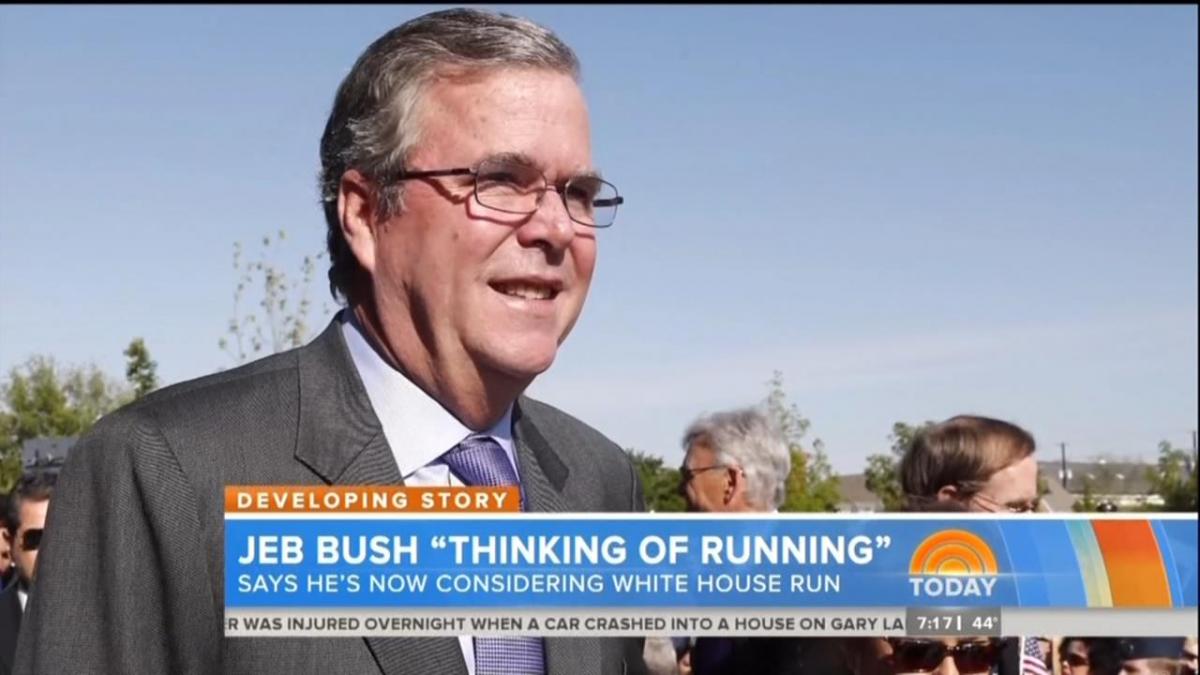 MITCHELL: Bush also showed up in Nevada for the so-called Sheldon Adelson primary. Meetings with a Las Vegas billionaire and GOP donor. Although conservative, Bush is often at odds with his party’s base. He endorsed the Obama Administration’s Common Core education curriculum and he’s passionate about the human side of immigration reform.

JEB BUSH: Yes, they broke they law, but it’s not a felony. It’s kind of a -- it’s an act of love. It’s an act of commitment to your family.

MITCHELL: That earned him criticism at the Tea Party’s recent freedom summit in New Hampshire.

MITCHELL: So how seriously is Jeb Bush considering a run?

Political strategist MARK MCKINNON: I think he’s open to the idea of running now. I still think there are very high hurdles he has to clear in order to run. He said he wants to run joyfully, and in today’s Republican primaries, that’s pretty tough to do.

MITCHELL: If Bush does enter the race, his opponent could be from the other political dynasty.

Clip of HILLARY CLINTON: Women have to dare to compete.

MITCHELL: Jeb Bush’s staff says he will be making a decision sometime after the midterm elections. Probably the same time frame for Hillary Clinton on whether she’s ready for another race for The White House. Natalie?

MORALES: Getting more and more interesting, and we’re not even all that close yet.  Andrea Mitchell, thanks so much.