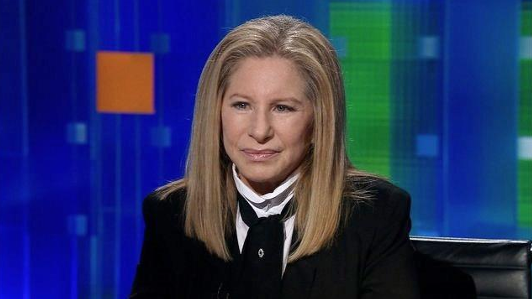 It may not be a shock to anyone that Barbara Streisand wants to elect Democrats president, but Variety still thinks enough of the hard-left celebrity to give her a weird, stream of consciousness “column.” The aging celebrity on March 3 warned of Donald Trump causing more cases of depression and called him “a one-man weapon of mass destruction.”

As you might expect, the entertainer is doing her best to prevent Trump from being re-elected in November 3, and she has found an outlet that will let her spew all of her venom and hatred.

Entitled “Why Trump Must Be Defeated in 2020,” the entertainer didn’t waste any time before going after the President:

No wonder doctors report that more people than ever are anxious and depressed. Since 2016, we’ve been dragged down into the mud of Trump’s swamp. He has demolished our standing in the world with his laughable boasts and breathtaking ignorance. He has put the security of this country, and our planet, in a precarious position by abandoning the Paris climate accord and the Iran nuclear deal. He’s a one-man weapon of mass destruction … so reckless that he almost started a war.

Streisand also claimed that Trump is “a one-man weapon of mass destruction … so reckless that he almost started a war” with “rational” Iran in January.

She next spun that our nation is “facing another kind of war, against the coronavirus” because “Trump got rid of our pandemic specialist two years ago and has defunded the Centers for Disease Control (and  Prevention) because he continues to ignore science.” Actually, the President has boosted the budgets of both agencies.

“We can’t go on like this,” the singer added. “It’s too dangerous.” As if that claim wasn’t bizarre enough, Streisand continued: “Trump can never live up to Obama’s legacy, so he’s trying to erase it. He inherited a growing economy and now claims credit for it, saying it’s the best in history.”

Meanwhile, “Trump -- with his tax cuts for corporations and the very wealthy -- has basically doubled the budget deficit to more than a trillion dollars,” which is “unprecedented in a time of prosperity.”

She also stated that “Trump’s world” is “a place of paranoia, hypocrisy and lies, so many lies (16,000 and counting).”

The President is “a man who has never once taken responsibility for his own actions, preferring to blame others when he’s at fault,” Streisand noted. “Even impeachment hasn’t humbled him because, thanks to his Republican enablers, he has escaped accountability once again.”

Every day, he takes another swipe at the pillars of our democracy, but we cannot allow him to irrevocably change this country.

The “beacon of hope” that is America could be extinguished if he’s given another four years.

We need “a new America” in this fall’s election, Streisand added, “without pollution, without obscenities, without insults, without revenge. We need to restore the nobility of truth … and only then will America be great again.”