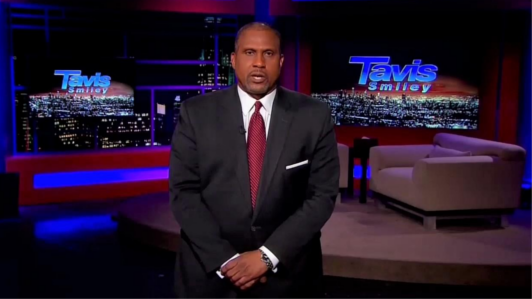 The latest development came on Thursday, when a judge ruled against a motion to dismiss allegations regarding  Smiley, who was suspended by PBS after a report from an external investigator described his inappropriate behavior.

According to an article posted on Friday by reporter Bruce Haring on the PageSix website, the investigator hired by the public television system found that Smiley “spent decades engaged in sexual relationships with subordinates and guests on his show and committed acts of verbal abuse [and] inappropriate touching and made unwanted sexual comments.”

The report was unsealed as part of legal documents filed in connection with ongoing lawsuits related to Smiley’s dismissal.

The 500-page report on his alleged misconduct was filed by Smiley’s legal team as part of its breach of contract legal claims.

As you might expect, PBS has countersued, asking for $1.9 million in production advances to be returned.

“The report and legal actions stem from a decision by PBS to end its relationship with Smiley, who fronted the L.A.-produced late-night talker ... for nearly 14 years.”

As reported by NewsBusters in December of 2017, the network stated that it had “uncovered multiple, credible allegations of conduct that is inconsistent with the values and standards of PBS.” Smiley has denied the allegations and claimed that he stopped all consensual relationships with employees 10 years before the charges surfaced. He has also accused PBS of racial bias.

Then on Thursday, the host and his legal team “lost a bid to have PBS’s action tossed, arguing that the conduct they claim against him predated his current contact.”

However, D.C. Superior Court Judge Yvonne Williams disagreed and noted that PBS had also claimed more recent misconduct. According to Page Six's Haring, the allegations contained in the just-surfaced PBS report are the following:

A former employee alleged that Smiley asked her to lunch, and then asked about her bra size, offering a trip to Victoria’s Secret at The Grove. The woman was eventually laid off from the show and was allegedly told that she “knew too much” about Smiley’s actions, according to the report.

Several women interviewed for the report claimed consensual relations with Smiley, but said that the power differences made for an uneasy relationship. One guest on the show who was involved claimed she was not invited back despite submitting to Smiley.

To read the entire PBS report, just click on this link.