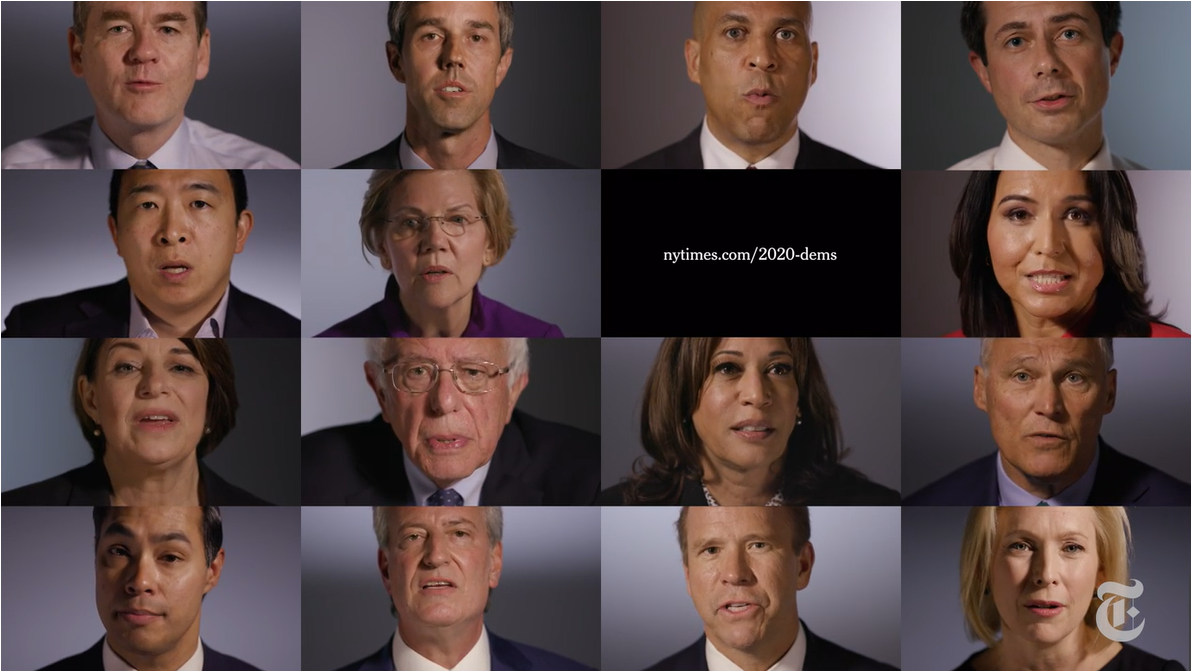 During the past several years, the New York Times has been expanding its reach into cable television programming in an effort to remain relevant to TV viewers across the country.

The latest aspect of that strategy was announced on Monday, when representatives of the liberal newspaper stated they were changing from their usually hidden endorsement process for Democratic candidates in that party’s primaries to the possibility of airing parts of interviews with those contenders on the paper’s FX channel program, The Weekly.

According to an article posted by Politico's senior media reporter, Michael Calderone:

The editorial board of the New York Times is veering sharply away from its traditional closed-door endorsement process for Democratic presidential aspirants, conducting interviews with the 2020 ... contenders on the record and airing parts of the discussions -- along with the board’s final decision.

The Times has also been incorporating video in new ways this cycle, such as its reporters’ putting the same 18 questions to 21 Democratic contenders earlier this year.

Calderone also quoted Times Deputy Editorial Page Editor Kathleen Kingsbury, who noted in an email pitch obtained by the political website: “For the first time, interviews with the editorial board will be filmed, and portions may be broadcast as part of a special episode for the Times’ new documentary series."

Kingsbury later told members of the newspaper staff that her goal was to make the endorsement process “our most transparent to date” and “a public service to our readers.”

“These illuminating endorsement interviews have historically happened behind closed doors,” she stated, “so we've decided to experiment with a new level of openness” while adding “a television component” to the newspaper’s reporting.

The deputy editor also noted that the change in procedure “gives voters insight into the criteria -- experience, character, knowledge of issues -- that inform our endorsements, as well as it allows us to showcase the research and reporting” that direct the process. For candidates, the risks of an endorsement interview just went up.

In addition to the editorial board of 14 journalists, some editors and writers from the Opinion section will be invited to candidate interviews. It remains to be seen how the radicals on the Times staff will shift the discussion to the Left.

Calderone continued by noting that “deliberations this [election] cycle will not include the paper’s editorial page editor. James Bennet, who assumed that role in 2016 [but] has recused himself from 2020 opinion coverage while his brother, Colorado Senator Michael Bennet, is in the presidential race.”

The Politico reporter added that the Times plans to reveal its Democratic endorsement on the January 19 episode of The Weekly, with the decision running in the following day’s print edition. The 90-minute candidate interviews are expected to begin Monday and continue airing through December 17.

In an odd twist, Calderone asserted that the workers at the Times “[haven’t] yet decided whether to take a similar approach with its general election endorsement” since “editors will assess whether readers find this new approach ‘informative or overwhelming.’"

Of course, it doesn’t take a genius to determine which candidate the newspaper will endorse in next year’s presidential election. It would be front-page news around the world if the Times actually decided to support the Republican contender in the contest.