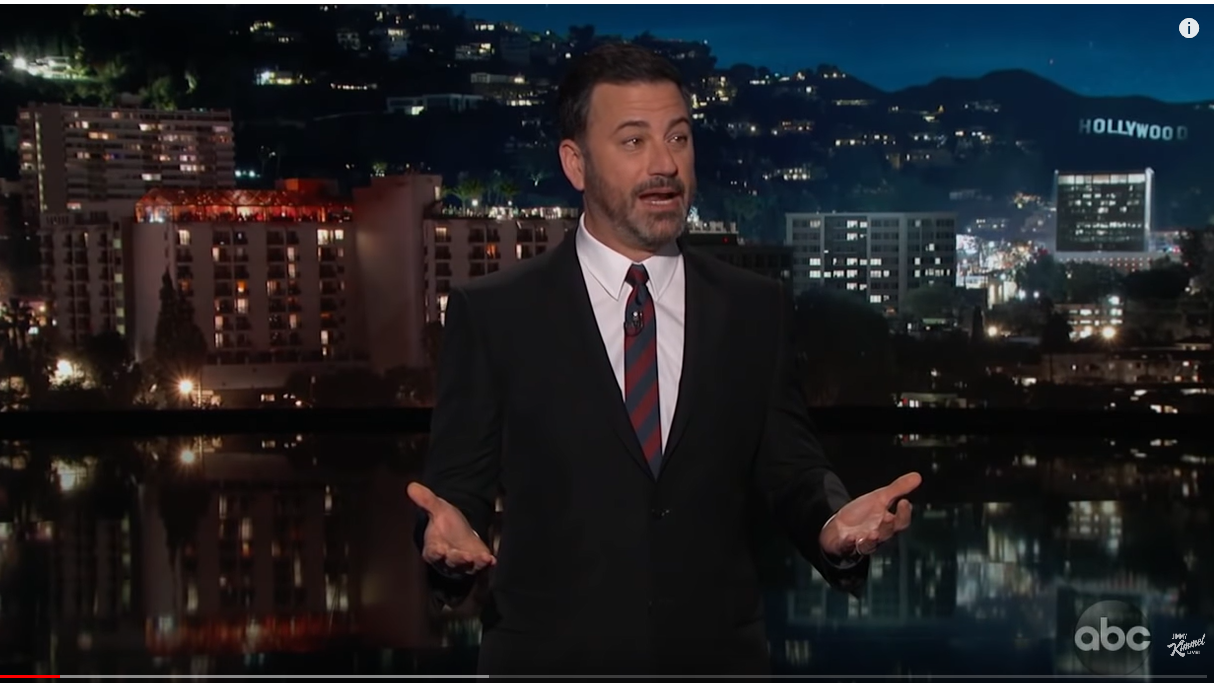 After more than three years of constantly slamming President Trump and everyone around him, one of the mainstream media’s late-night comedies is finally getting some pushback.

The network that airs Jimmy Kimmel Live! on weeknights, ABC was fined $395,000 on Thursday by the Federal Communications Commission after a skit that aired in October mocked the Presidential Alert system. In the skit, people completely freaked out that President Trump was sending them text messages like "Fake News." One man sliced off his own hand instead of taking off his watch.

According to an article posted by Ben Kew at Breitbart:

[It] was broadcast hours after the real Presidential Alert trial, designed to warn people of major threats such as missile attacks, natural disasters and terrorism, was rolled out nationwide.

As part of last year’s test, more than 225 million phones received a test “Presidential Alert” notification, which read: “THIS IS A TEST of the National Wireless Emergency Alert System. No action is needed.”

Kew also noted that the FCC Enforcement Bureau released a brief statement in which the agency confirmed it had “[reached] settlements with a TV broadcaster, cable TV networks and a radio broadcaster for misusing Emergency Alert System (EAS) or Wireless Emergency Alert (WEA) tones.”

Under rules from the commission, broadcasters are prohibited from mimicking the warning system “to avoid confusion when the tones are used, alert fatigue among listeners and false activation.”

While ABC pleaded guilty to the violation, the network said in a statement they believed that the “use of the tone was permissible.” The network added that they take “regulatory compliance seriously, and we are pleased to have resolved this issue.”

As you might expect, Kimmel’s show was not the only program found guilty of such misuse.

Also, reporter Elaine Lao explained the FCC punished the Discovery cable channel and Meruelo Radio Holdings with civil penalties collectively totaling more than $600,000, according to the federal agency’s release on the issue.

The FCC released a statement of its own on the matter:

We remain concerned about the misuse of the EAS codes and EAS and WEA Attention Signals or simulations thereof, to capture audience attention during advertisements; dramatic, entertainment and educational programs.

[A]nd at any other time that there is no genuine alert, authorized test or authorized PSA about the EAS or WEA that is accompanied by an appropriate disclaimer.

“The FCC may issue sanctions for such violations, including, but not limited to, monetary forfeitures,” the agency added.

Perhaps those comedians and broadcasters will refrain from being reckless when attacking the President after learning the hard way that they aren’t allowed to violate the law in the process.