CNN Boss Jeff Zucker Offers Bizarre Defense on Russiagate: ‘We Are Not Investigators' 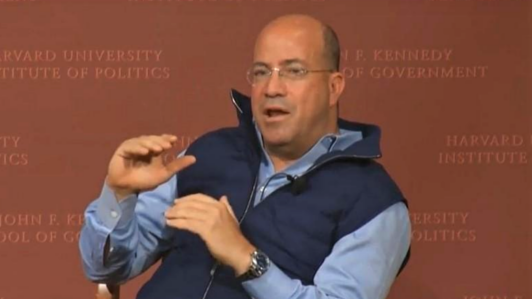 Now that Special Counsel Robert Mueller’s report has cleared President Trump of colluding with the Russians to win the 2016 election, there has been plenty of blame to go around for the many news outlets that relentlessly implied President Trump was in deep trouble, and might be impeached when Mueller was finished.

Twitter commenters mocked CNN President Jeff Zucker, who told the New York Times in an email on Sunday that “we are not investigators.” That's a bizarre defense, since the cable channel has its own Special Investigations Unit.

In the Times article written by Amy Chozick (who wrote a gushy book about covering Hillary's campaign in 2016), Zucker stated that he was “entirely comfortable” with the coverage before adding: “We are journalists, and our role is to report the facts as we know them, which is exactly what we did.”

He defended CNN by claiming:

“We are not investigators. We are journalists, and our role is to report the facts as we know them, which is exactly what we did,” Mr. Zucker said in an email. “A sitting president’s own Justice Department investigated his campaign for collusion with a hostile nation. That’s not enormous because the media says so. That’s enormous because it’s unprecedented.”.

“There have been tipping points and bombshells, walls closing in and turning points,” Chozick added. “Pulitzer Prize-winning reports of alleged wrongdoing do not need to provide evidence of criminality in order to be factual, newsworthy and relevant to readers.”

After Zucker’s comment was posted on Twitter, Josh Jordan joined the fray by referring to a quote Zucker made last year: “We’ve seen that, anytime you break away from the Trump story and cover other events in this era, the audience goes away. So we know that, right now, Donald Trump dominates.”

“I don't have much sympathy for anything Zucker says when defending their coverage,” Jordan added.

Next up was syndicated columnist David Harsanyl, who stated: "There are dozens of stories that CNN got wrong -- some of them treated as huge scoops. Every one of those mistakes skewed in the same direction. That's not an accident."

At that point, Brian Stelter -- CNN’s chief media correspondent -- tried to defend Zucker from the criticism by pointing out that the network’s pundits relied heavily on speculation while covering the Russia probe.

Wow. Good on CNN for just coming right out and admitting it. They don't investigate. This is what I have been saying, they basically just read press releases and tweets.

Zucker and other top news executives in the Chozick piece tried to defend their black-cloud Russiagate coverage by saying they were only covering "facts," not prosecuting Trump. They weren't forced to defend the enormous amount of coverage they did, which implied they expected a dramatically negative result.