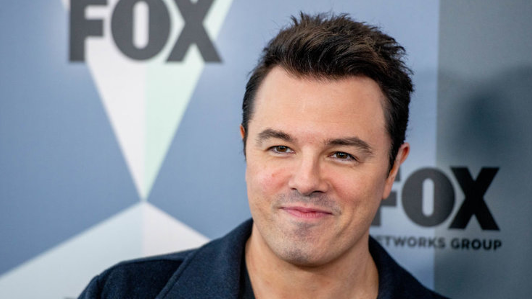 Liberal celebrity Seth MacFarlane is the creative force behind such TV projects as the disgusting Family Guy cartoon and the Star Trek ripoff series The Orville. He stated on Wednesday that he has been “open and honest” about his feelings regarding the Fox News Channel, which he described as ”incredibly destructive.”

During an interview with Bill Keveney -- a television reporter for USA Today -- MacFarlane was asked about his “long working relationship” with the Fox Entertainment Group.

I have a very warm personal relationship with the company, and yet I'm very open and honest about my feelings about the news division. I think it's incredibly destructive, and I don't make any secret of that.

But at the same time, I have good relationships with the people I work for. So, it's a political balance that I suppose maybe we could maybe use more of in this country.

“It's going beautifully,” MacFarlane replied before noting that “I never met Roger Ailes, and I suppose in many ways I'm grateful about that.”

It’s certainly odd when an actor praises the fact that he never had any encounters with the person on whom the role is based. Nevertheless, MacFarlane claimed to have gained sufficient experience from the performance by Crowe.

“But watching Russell play this part is like being in the room” with Ailes, he asserted. “You experience how it must have been.”

Crowe is “such an extraordinary actor, and he just transforms into this character. He's got such a great take on the guy's personality.”

One topic MacFarlane did not discuss was the sexual misconduct allegations aimed at astrophysicist Neil deGrasse Tyson, who served as the host of MacFarlane's other space program, Cosmos, and whether that will affect the series. MacFarlane had made harsh jokes about Harvey Weinstein's reputation for years before The New York Times uncovered the extent of his sexual misconduct.

Back on December 4, NewsBusters reported: “Tyson is known for his succinct explanations of esoteric scientific concepts and his derision of anyone who questions the left’s cult of climate change.”

However, it appears his recent responses to three allegations of sex abuse or misconduct are not so succinct, and the #MeToo derision is all but absent.

Tyson responded to the allegations by stating:

For a variety of reasons, most justified, some unjustified, men accused of sexual impropriety in today’s “me-too” climate are presumed to be guilty by the court of public opinion.