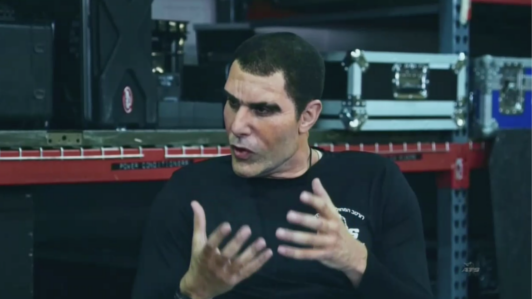 Think of Who Is America? as another generation of the classic Candid Camera TV program that used hidden recording equipment to catch people “in the act of being themselves.” Now imagine that instead of the decidedly non-political Allen Funt behind the cameras, the 2018 host on Showtime is Sacha Baron Cohen, a liberal activist who is trying to bring down as many GOP officials as he can while giving most liberals and Democrats a “free ride.”

According to an article written by Michael Schneider, executive editor of the Indiewire website, who asked:

The finale of the seven-episode Showtime series ended on Sunday night without an appearance from the former Alaska governor, which means what ever she said or did with a Cohen character ended up on the cutting room floor.

Before the premiere of Who Is America? last month, “Palin went public with the claim that she was duped by Baron Cohen and claimed the comedian had presented himself as a disabled war veteran in a wheelchair.”

However, Showtime responded to the charge: “Baron Cohen was actually in the guise of his character Billy Wayne Ruddick Jr., Ph.D., a conspiracy theorist (in the vein of Alex Jones) who uses a motor scooter to conserve his energy.”

A representative for the cable TV company replied that “Baron Cohen never presented himself as a veteran of the U.S. military to former Alaska Governor Sarah Palin during the booking process or during the filming of her interview, and contrary to her claims, he did not appear in a wheelchair.”

“Some interviews never saw the light of day,” Schneider added, as “Sacha is incredibly hard working and selective in the final product, and he’s always refining it. He has a very high bar. We will see what we see.”

“This is Sacha the comedian who just keeps working and working,” he continued. “He’s refining stuff right up until it goes on the air. He screens it in front of audiences, it looks like he’s doing it off the cuff but it’s remarkably organized and deeply researched. I am in awe of his work ethic and his team.”

“Baron Cohen has not done any interviews regarding Who Is America? so it’s unclear why Palin didn’t make the cut” in the final episode, Schneider stated. “Perhaps the bit ultimately wasn’t that funny, or perhaps this was the bit -- riling her up and then not actually showing anything.”

Ultimately, the series ended with a credit for Palin as “Special Publicity Consultant (Inadvertent).”

In addition, Who Is America? has been touted by Showtime as having triggered strong subscription growth for the premium network, particularly its streaming service.

Of course, Palin hasn’t been the only conservative target of the comedian’s wrath. Schneider noted:

“Baron Cohen had previously been best known for his characters such as Ali G and Borat, but created a whole new army of disguises for Who Is America?” Schneider stated.

Among Baron Cohen’s targets during the series run were Georgia State Rep. Jason Spencer, who resigned after he was seen shouting racist taunts on the show, as well as former Vice President Dick Cheney, who signs a “waterboarding kit.”

As was the case with the Netflix series featuring vulgar comic Michelle Wolf, perhaps it’s just better to let bizarre programs featuring unfunny liberal hosts just crash and burn on their own since they’re trying to reach a very small portion of the TV audience.