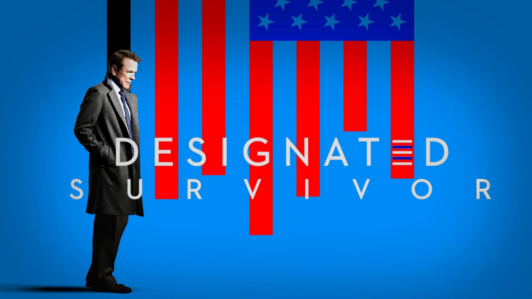 Ever since Designated Survivor debuted on ABC on September 21, 2016, television viewers dared hope that the program, which starred Kiefer Sutherland – the actor who portrayed heroic counter-terrorism agent Jack Bauer for eight seasons on the popular Fox series 24 -- would give the audience a fair representation of both conservative and liberal political views.

However, It wasn’t long before lead character Thomas Kirkman, the “designated survivor” and a Cabinet-level official who ascended to the White House after everyone else in the line of succession was killed during a terrorist attack, began touting liberal views on a variety of issues, which caused many people to change the channel during the show’s second season.

According to an article by Cynthia Littleton on the Variety magazine website, the series “had a tough season ratings-wise” but was still seen as “having a decent shot at winning a third ‘term’ on ABC –until the ax fell on Friday.”

The lead actor had been “frustrated by the creative twists and turns that the series took.” As a result, the show “zig-zagged from being a political thriller to a more earnest look at the struggles of Sutherland’s Tom Kirkman and his family amid the fishbowl of living in the White House.”

Created by screenwriter David Guggenheim, the program had “earned a straight-to-series order from ABC" when it debuted, "in part because of the profile that Sutherland brought to the show,” Littleton continued.

“Another factor that may have played a part in ABC’s decision to pull the plug,” she added, “was the fact that Sutherland’s contract called for production of the show to move to Los Angeles in season three, after two seasons in Toronto.”

“Such a move would have raised the cost of producing a show that was already on the higher-end of budget for broadcast dramas,” she noted.

From ABC’s perspective, the fate of Designated Survivor was sealed by a ratings plunge in season two and its loss of traction in delayed viewing. ...

In the absence of a clear narrative road map for a third season and declining poll numbers, Designated Survivor couldn’t recover from the loss of its base. Like politics, prime-time TV is a fickle business.

As NewsBusters previously reported, the ABC program’s April 5, 2017, episode promoted gun control so much that it “may as well have been written by the Brady Campaign or any one of Michael Bloomberg’s consortium of anti-Second Amendment organizations.”

While the show “applauds itself for appointing the first certified, non-partisan, ‘independent’ to the White House,” the lead character “makes a valiant rhetorical show of directing his staff to avoid hot-button issues and focus on uniting the people,” which “lasts about five minutes.”

A week later, the series “doubled down on anti-gun hysteria” and made it clear that the writers wanted to “wipe away Republican congressional majorities and fantasize about the ‘progress’ they could be making in the wake of a massive crisis.”

That episode was “filled with clichés, most notably that Republicans need to ‘put country above party’ and vote for a gun-control bill that everyone involved -- even the supporters -- admits is severely flawed.”

As if that wasn’t liberal enough, the program displayed an obnoxious Republican who was “evil” and a “self-serving traitor” while spouting “random lines about taxes, prisons and aircraft carriers” during August of last year.

Then in October, an episode of Designated Survivor “touched on gun control, racism and border relations” while seeming to criticize the real president, Republican Donald Trump.

Of course, this cancellation might well have a silver lining by making Sutherland available to revisit his most popular character in a triumphant return by Jack Bauer to 24 and TV screens across the country.