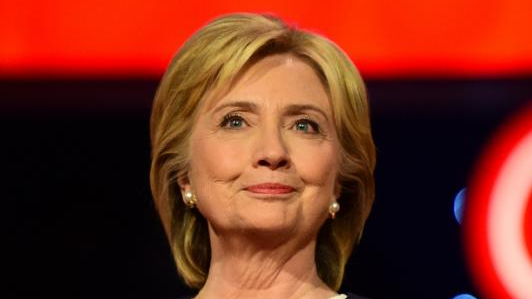 Tune into television coverage of the current presidential campaign, and you will undoubtedly hear from various pundits described as “former campaign strategists” and “political contributors” explaining the latest developments of the race.

But in many cases, these pundits -- though introduced as neutral experts on campaigns or party politics -- in fact have financial ties to the candidates they praise on the air, according to an article on The Intercept website by Lee Fang on the subject.

Fang began his missive by quoting Jeff Cohen, an associate professor of journalism at Ithaca College, who stated: “Journalism 101 teaches that reporters and TV news hosts must properly identify their sources and analysts."

However, when the author reached out to NBC, CBS, CNN and ABC News, he did not hear back from any of the news organizations regarding any ties to Hillary Clinton's presidential campaign.

“Stephanie Cutter, for example, has appeared on multiple networks to discuss Clinton and is typically introduced as a former campaign official for President Barack Obama,” Fang noted.

“What hasn’t been disclosed in any of her appearances reviewed by The Intercept, however, is that the boutique consulting firm she co-founded -- Precision Strategies -- has been retained by the Clinton campaign for 'digital consulting,' according to Federal Election Commission records.”

That company has been paid at least $120,049 from the Clinton campaign since June of last year, Fang stated.

Not surprisingly, Cutter praises the leading candidate in the Democratic presidential campaign when she is a guest on any news or interview programs.

For example, Cutter used her time on NBC's Meet the Press on January 17 to sing Clinton's praises:

I think that Hillary Clinton has done everything right. She has run a good campaign. She has outperformed in debates. She’s raised money. She’s got a great ground game.

She was introduced as “President Obama’s 2012 deputy campaign manager,” and “her company’s affiliation with the Clinton campaign was not disclosed,” Fang noted.

Speaking about the Democratic primary on ABC News’s This Week program in November, Cutter was introduced as 'a supporter of Hillary Clinton' -- but still not as a consultant whose firm was being paid by the campaign.

When Cutter appeared on the Cable News Network to discuss the political impact of the Benghazi committee hearings on Clinton, “she was similarly introduced as a Democratic strategist, not as someone whose firm is working for the candidate,” he noted.

Fang then turned his attention to Maria Cardona, a CNN contributor who “has appeared on a regular basis over the course of the presidential campaign as a reliable voice in support of Clinton. She is also a longtime partner with the Dewey Square Group, a lobbying firm with extensive ties to the Clinton campaign.”

“Those ties, however, were not revealed to CNN viewers,” the reporter noted, “even as Cardona defended Clinton’s use of a private email server, touted Clinton’s support from young voters, praised Clinton’s record on criminal justice reform, and -- on two separate occasions -- declared that Clinton will 'fight for middle-class families.'"

“She has also appeared frequently on the network to analyze the race between Bernie Sanders and Clinton, often castigating the Vermont senator” when she regularly appears on CNN, CNN en Español and CNN International.

Fang then disclosed that he reviewed transcripts for 50 television segments, from August of 2015 through this month, in which “Cardona has appeared on CNN to discuss Clinton.”

And in none of her appearances was it disclosed that her firm, the Dewey Square Group, has been retained for consulting work by the Clinton Super PACs or that her colleagues at the firm are working on behalf of the Clinton campaign.

The reporter's article quickly drew the attention of Erik Wemple, who blogs on the news media for the Washington Post.

Wemple commented: “The minimalist disclosure is ho-hum outrageous -- which is to say that it’s an outrage made routine by prevailing TV industry practices.”

He then criticized “the inability of CNN and its competitors to distance themselves from Beltway green.”

“The networks want to fill their airtime with players -- people who have been on the inside of campaigns, who have racked up countless TV appearances, who continue to receive whispers from other players in Washington,” Wemple added.

However, it just so happens “that these players make a living in ways that strip the independence and objectivity out of everything they say on air,” he stated. “No wonder news outlets are hesitant to make all necessary disclosures.”